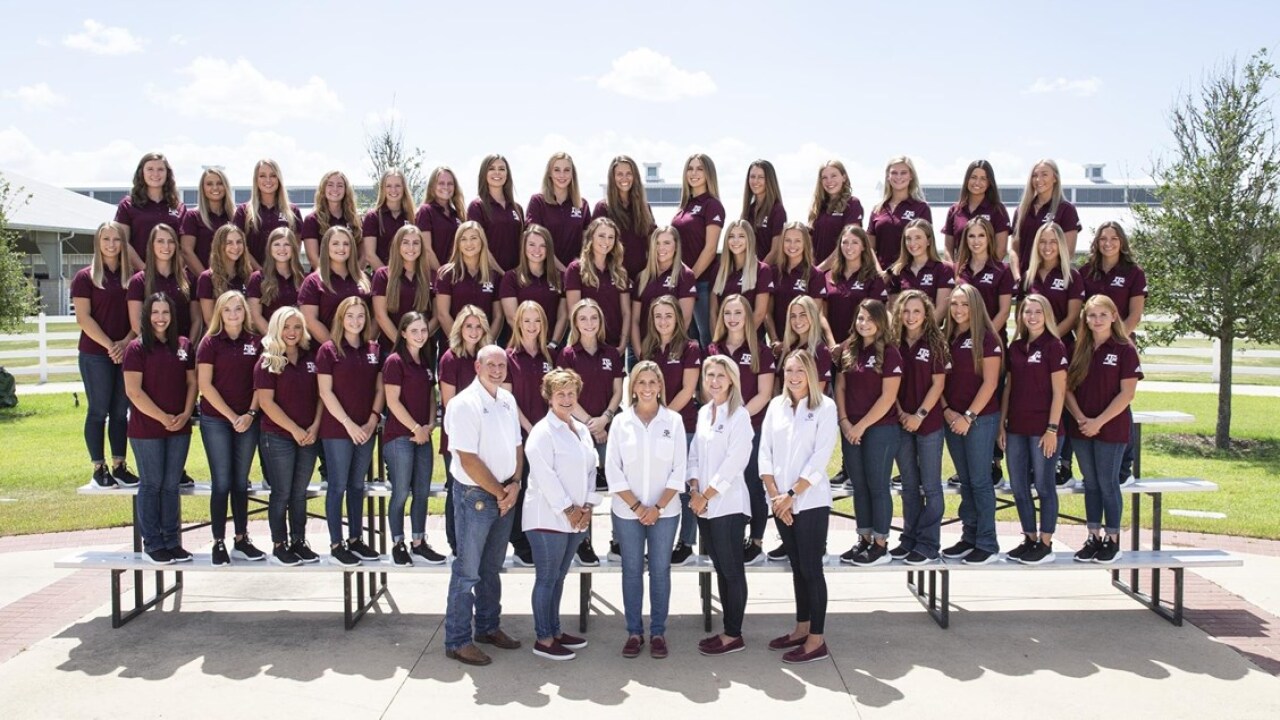 The Aggies, who are coming off a semifinal appearance at the NCEA Championships last season, return 11 starters from a year ago, including All-Americans Alex Albright (Horsemanship), Ashley Davidson (Horsemanship) and Haley Redifer (Fences).

The Aggies face a daunting schedule as 11 of their 12 regular season meets come against teams featured in the preseason poll.

Two-time defending national champion Auburn sits atop the rankings while Georgia, Oklahoma State and SMU round out the top five.

The Aggies show in their annual Maroon & White Scrimmage Sept. 27 before traveling to Fresno, California, to face TCU and Fresno State on Oct. 4 and Oct. 5, respectively.