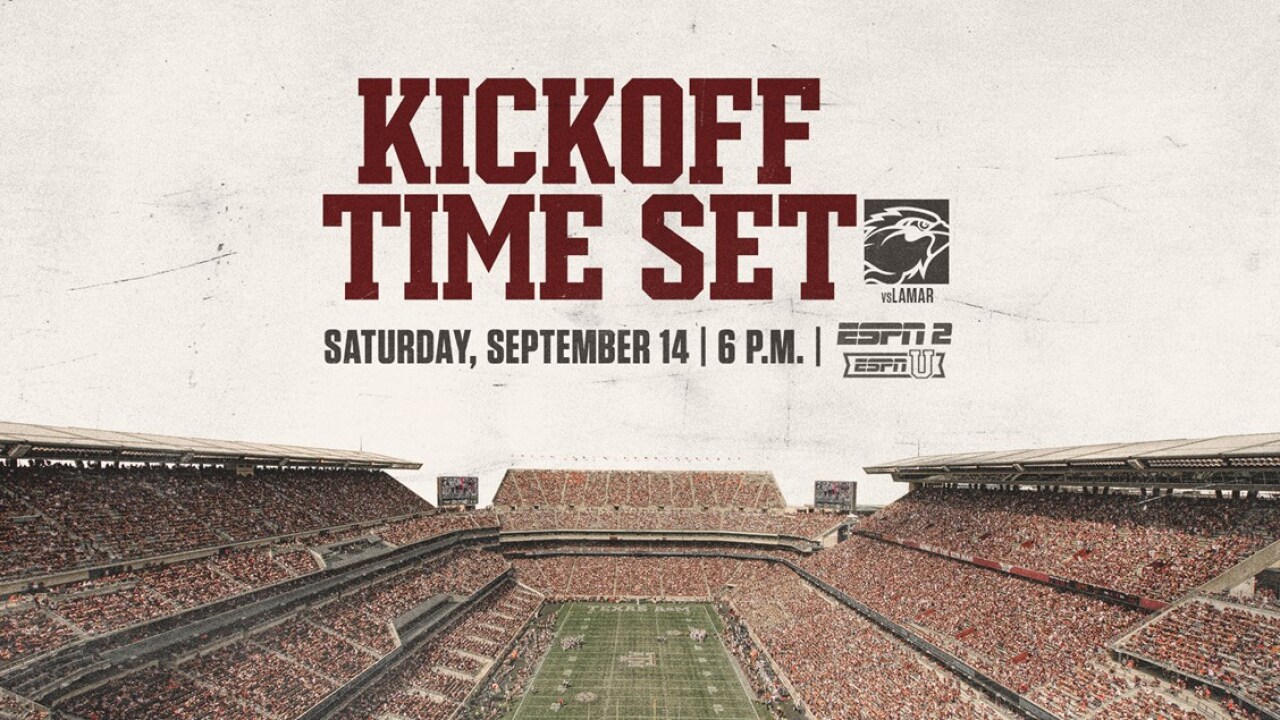 COLLEGE STATION, TX — Texas A&M’s game against Lamar on Saturday, Sept. 14, at Kyle Field is set to kick off under the lights at 6 p.m. (CT) and will be nationally televised on ESPNU or ESPN2, announced Thursday.

The Aggies and Cardinals have met up once on the gridiron, a 73-3 victory for the Maroon & White in College Station in the 2014 season. In that matchup, Texas A&M posted 630 yards of offense and converted six touchdowns through the air and four on the ground while only punting once.

Texas A&M finished the 2018 season on a Southeastern Conference-best four-game win streak. During the streak the Aggies delivered wins over No. 25 UAB, No. 8 LSU and a convincing Gator Bowl victory over NC State. Last season Lamar earned a 7-5 overall record, including a 6-3 match in Southland Conference games. The Cardinals advanced to the first round of the FCS Playoffs for the first time in program history.

Under the direction of head coach Jimbo Fisher, the Aggies finished the 2018 season with a 9-4 record and advanced to a bowl game for the 10th consecutive season, the 10th longest active streak in the NCAA. Texas A&M finished the year a program-best second in the rugged SEC West, going 5-3 against the league.

ESPN will make the final channel determination following the completion of all games on Saturday, Sept. 7.