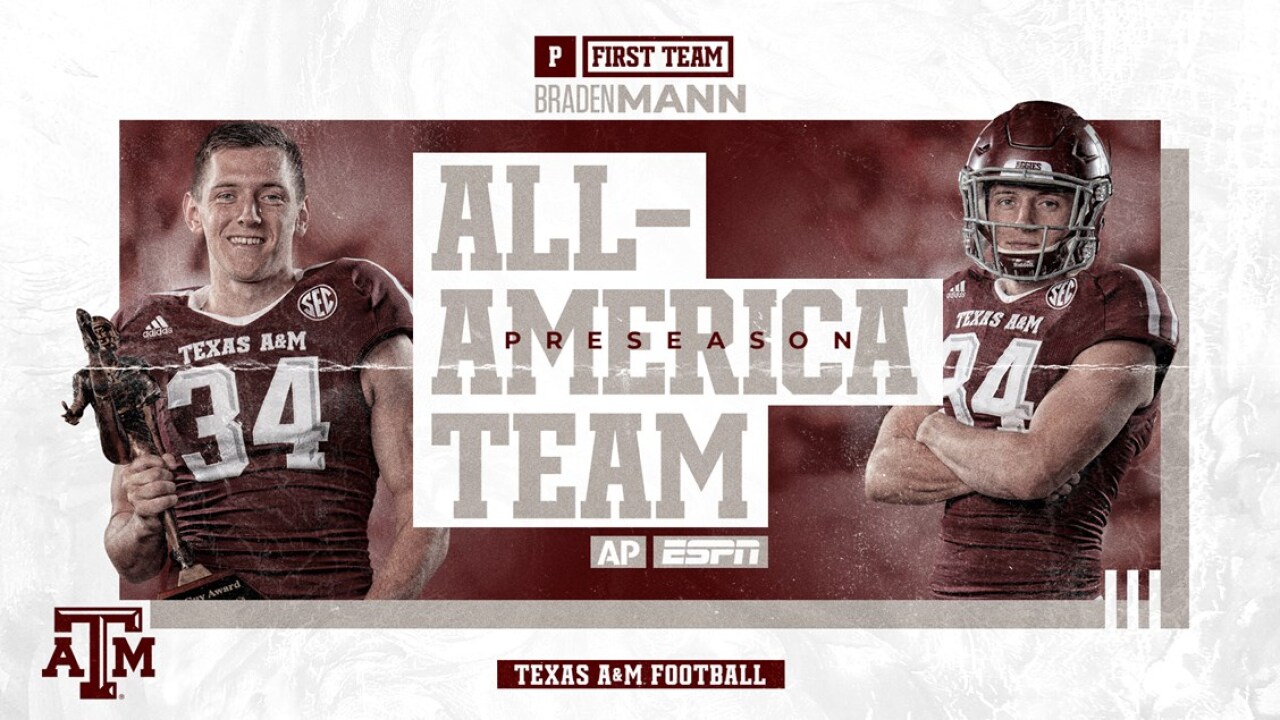 Mann, a senior from Houston, aims to become the fourth repeat winner of the Ray Guy Award, given to the nation’s best punter, after his record-setting junior season marked the first time an Aggie took home the trophy. Mann set the NCAA records for punting average (50.98), 60-yard punts in a season (14) and single-game punting average (60.8) last year.