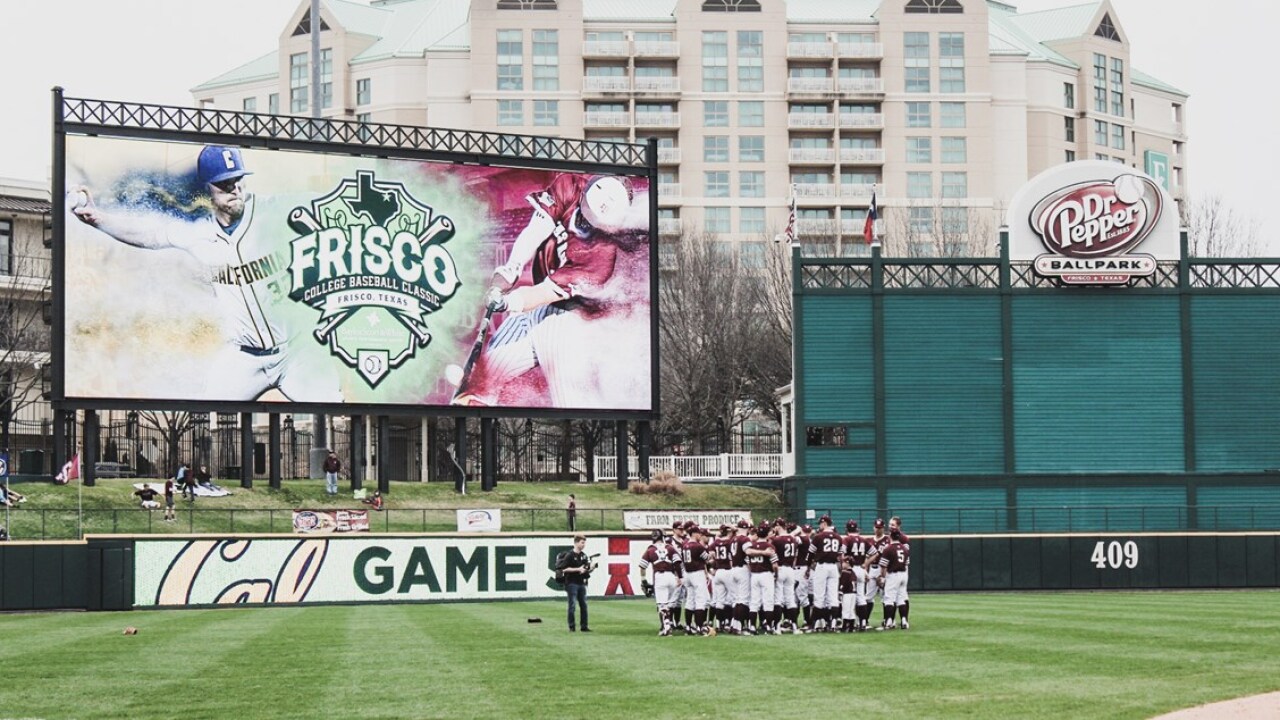 FRISCO, TX — The Texas A&M Aggies face the Illinois Fighting Illini, UCLA Bruins and Oklahoma State Cowboys at the 2020 Frisco Classic at Dr Pepper Ballpark. The Aggies are one of four teams featured at the three-day, six-game tournament from February 28-March 1, 2020, hosted at the home of the Double-A affiliate of the Texas Rangers.

The tournament features teams from four of the Power 5 conferences, all of whom competed in the 2019 NCAA Division I Baseball Championship with Oklahoma State and UCLA claiming regional crowns. Texas A&M’s opponents at the tournament posted a combined 128-53 (.707) mark last year.

The Maroon & White play the feature presentation all three days. They open the tournament with a 7 p.m. game against Illinois on Friday, Feb. 28. The next day they face UCLA at 6 p.m. and close out Frisco Classic action Sunday with a 3 p.m. contest against Oklahoma State.

The Aggies own an 8-2 edge in their all-time series against Illinois. The teams most recently played on March 13, 2006 with Ol’ Sarge’s charges posting an 11-1 victory at Wolff Stadium in San Antonio.

Texas A&M is 8-1 against UCLA. The teams most recently met in a March series at Olsen Field in 2005 with the Maroon & White recording a three-game sweep.

This marks the Aggies’ second trip to the Frisco Classic. In 2018, Texas A&M went 2-1 at the tournament with an opening game loss to Louisiana Tech before posting victories over No. 17 Baylor and California. The game against Baylor drew 10,254 fans.

Advanced tickets are on sale at https://www.friscoclassic.com/tickets .