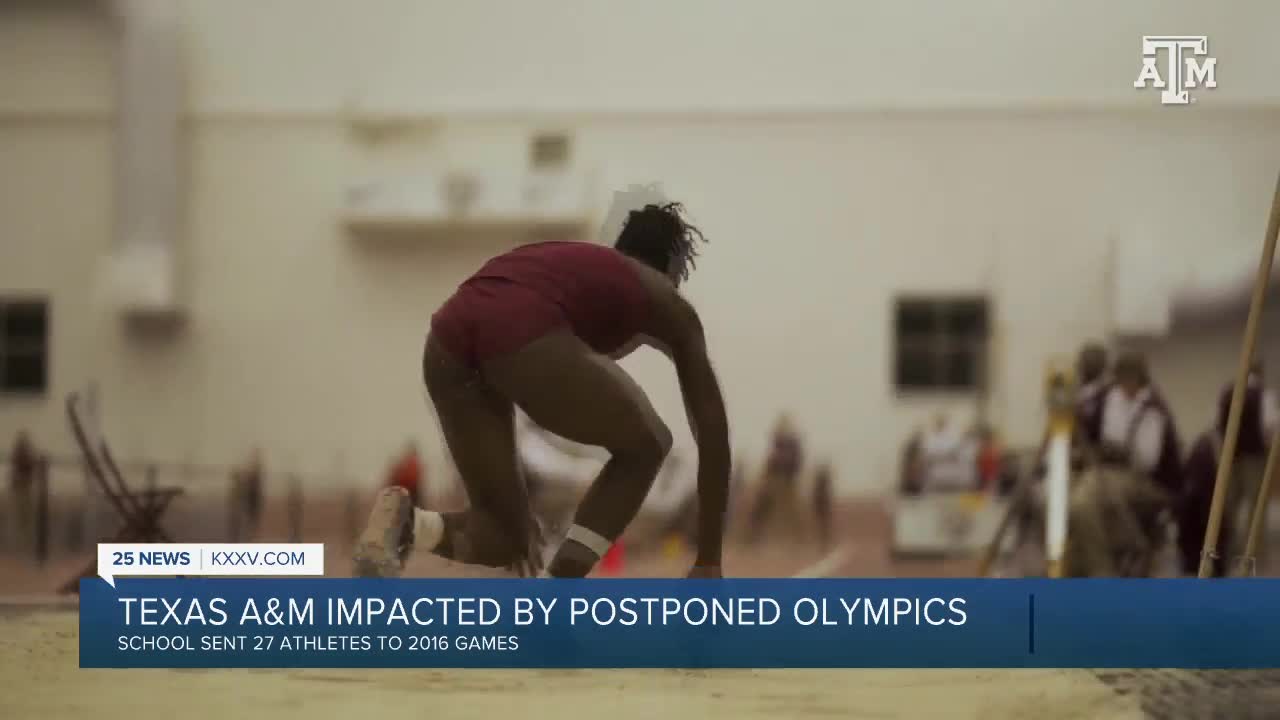 COLLEGE STATION, TX — The 2020 Summer Olympics were scheduled to be taking place in Tokyo now until early August, but with the coronavirus pandemic, the games have been postponed until summer 2021, forcing athletes from around the world wait another year to participate in the great games, including student-athletes at Texas A&M University.

The postponement of the summer games came as a shock to many Aggie athletes.

“I felt sad for the professionals because they don't have track meets every weekend like we do. It was just a little disappointing but overall we had to do what we had to do. I'm glad that they did that thinking of everyone else safety. I was yes upset but I understand it,” said Texas A&M’s Tyra Gittens.

For Texas A&M Track and Field athletes Tyra Gittens and Deborah Acquah, both had outstanding indoor seasons last year, putting them in a great position for their first Olympic games.

“I was ready to get my Olympic standard at SEC's [Championship] or even Texas Relays, to be honest, I was ready,” said Gittens.

In February, weeks before the cancellation of the 2020 NCAA track season, Acquah set not only a new Texas A&M record but also a new national record in her home country, Ghana, in both the long jump and triple jump.

“I was having a great season because I started the season breaking records, my home record the school record, I was feeling so great,” said Acquah.

While the postponement of the summer games was initially disappointing, Gittens is taking this extra year to work on her weaker events.

“I want to be the ultimate heptathlete, and in order for that to happen, I need to better myself in those weaker events,” said Gittens.

With A&M’S strong presence at past Olympic games, being able to compete for their home countries along with their fellow Aggies will be a special moment.

“Even before I came here like I would be looking at A&M watching some of A&M athletes competing in the Olympics and I’d be telling my friends, "You know that’s my school,”" said Acquah.

"It's just so cool that we can go to one place from different countries and still be like we’re family. We are essentially family, you know what I mean?” said Gittens.

Over 60 current, former and future Texas A&M athletes have been preparing for their chance to pursue their Olympic dreams. Now have only 361 days until the 2021 summer games.

The Tokyo games were the first Olympic games to be postponed and will also be the first games held in an odd-numbered year since the modern era began in 1896.