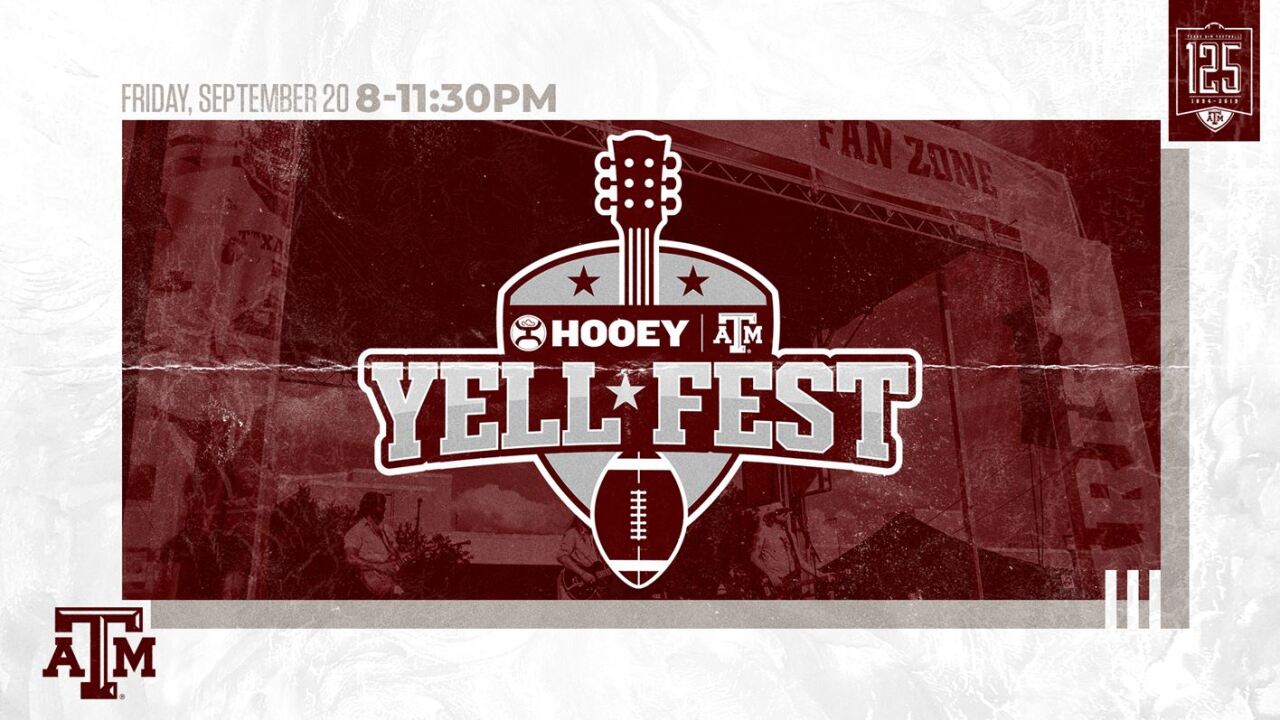 Hooey Yell Fest is a free concert and entertainment event starting at 8 p.m. and concluding in time for Texas A&M’s famous Midnight Yell Practice. Texas A&M Class of 2011 graduate Ross Cooper will open the concert followed by Morrow to close the show.

"With our passion for music, we were thrilled to lend our name to the Inaugural Yell Fest,” Joey Austin, CEO and Founder of Hooey Brands, said. “We're humbled to have the opportunity to combine great music with the spirit and tradition of the Fightin’ Texas Aggies."

In addition to the live music, Hooey Yell Fest will include a robust array of Pepsi Fan Zone activations, as well as local food trucks and beer available for purchase.

Hooey Yell Fest at a Glance:
Who – Texas Country superstar Cory Morrow with opening attraction and Texas A&M graduate Ross Cooper in concert, presented by Hooey.
What – Hooey Yell Fest is a free Friday night, pre-Yell Practice concert and entertainment event. In addition to the concert, the Pepsi Fan Zone will be live with sponsor activations, as well as local food trucks and beer available for purchase.
Where – In the Pepsi Fan Zone, north side of Kyle Field.
When – Friday Sept. 20th event opens 8 p.m. to 11:30 p.m.
Why – To provide fans with free pre-Yell Practice entertainment ahead of the highly-anticipated matchup with the Auburn Tigers.