SEC Nation returns to Aggieland for the fifth time 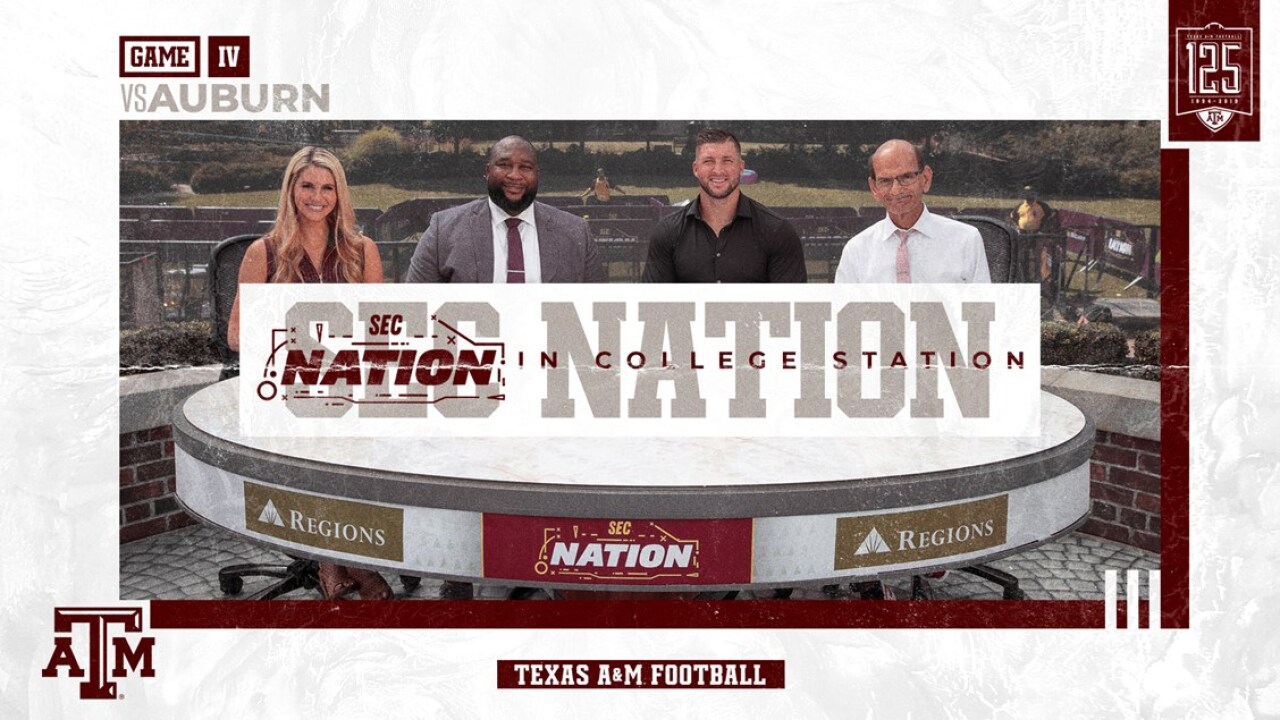 The Aggies are 3-1 all-time in games that SEC Nation has broadcast from College Station. The Maroon & White topped Missouri 34-27 in the road show’s first appearance in Aggieland. Last season, the Aggies welcomed an abridged version of the show prior to the first game of the Jimbo Fisher era where they defeated Northwestern State 59-7.

The matchup against the top-10-ranked Auburn Tigers will be broadcast nationally by CBS at 2:30 p.m. with Carter Blackburn, Aaron Murray, Rick Neuheisel and John Schriffen describing the action.