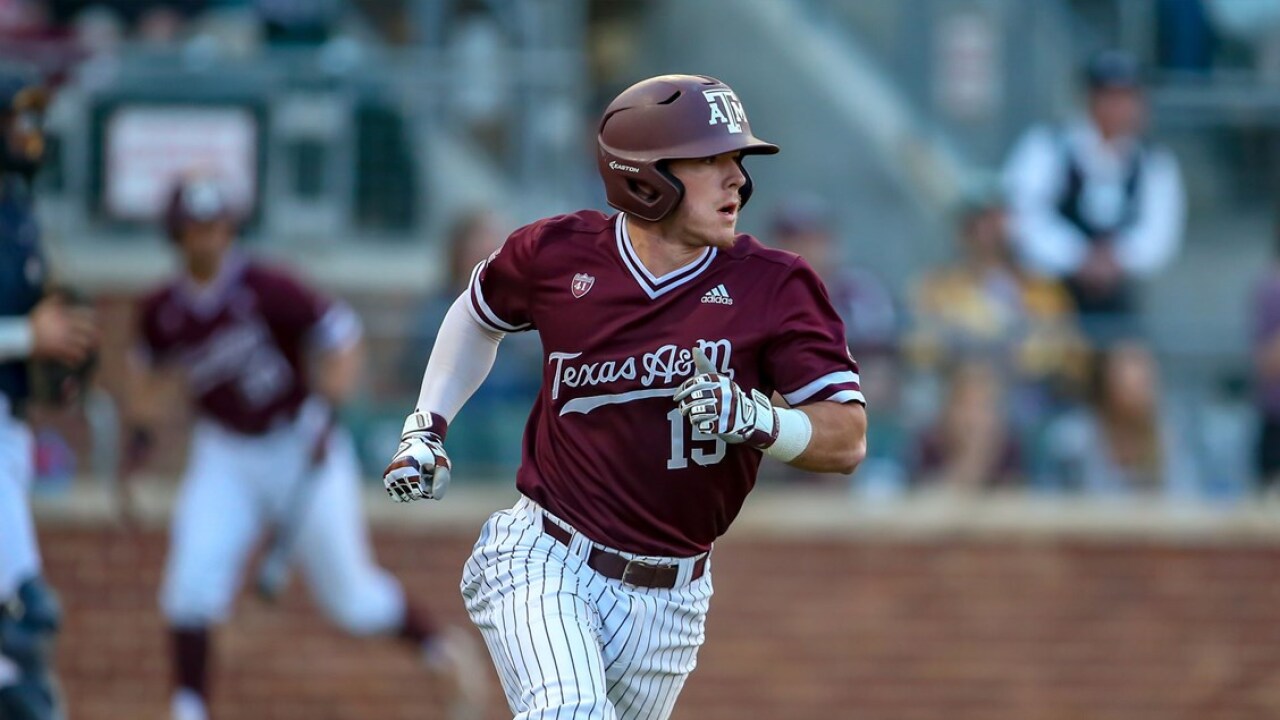 COLLEGE STATION, TX — The No. 9 Texas A&M Aggies start the most road-heavy portion of their schedule as the Maroon & White head to Schroeder Park to play the Houston Cougars Tuesday evening. Game time is slated for 6:30 p.m.

The Aggies play eight of their next nine games away from Olsen Field at Blue Bell Park, including SEC series at South Carolina and No. 17 Ole Miss and midweek games at Houston and Sam Houston State.

After five weeks of conference action, the Aggies (9-5-1 SEC) are just a half-game behind first-place Georgia (10-5) and Mississippi State (10-5) in the league standings.

With his next save, Kalich will move into a tie for fifth place on the Texas A&M’s single-season saves chart. He is chasing the school record of 14 set by Jason Jester in 2013 and equaled by Nolan Hoffman in 2018.

Braden Shewmake enters the week into ninth place on the Aggies’ career RBI list. With 146 career ribbies, he needs one to tie Chuck Knoblauch for eighth place. Shewmake also moved into a tie for 10th place on Texas A&M’s career triples list with 10.

After starting the season 13-13, Houston has won eight of its last 10 contests, including a three-game series sweep at Wichita State over the weekend.

The teams met earlier this season at the Shriners Hospitals for Children College Classic at Minute Maid Park with the Aggies logging a 3-2 victory.