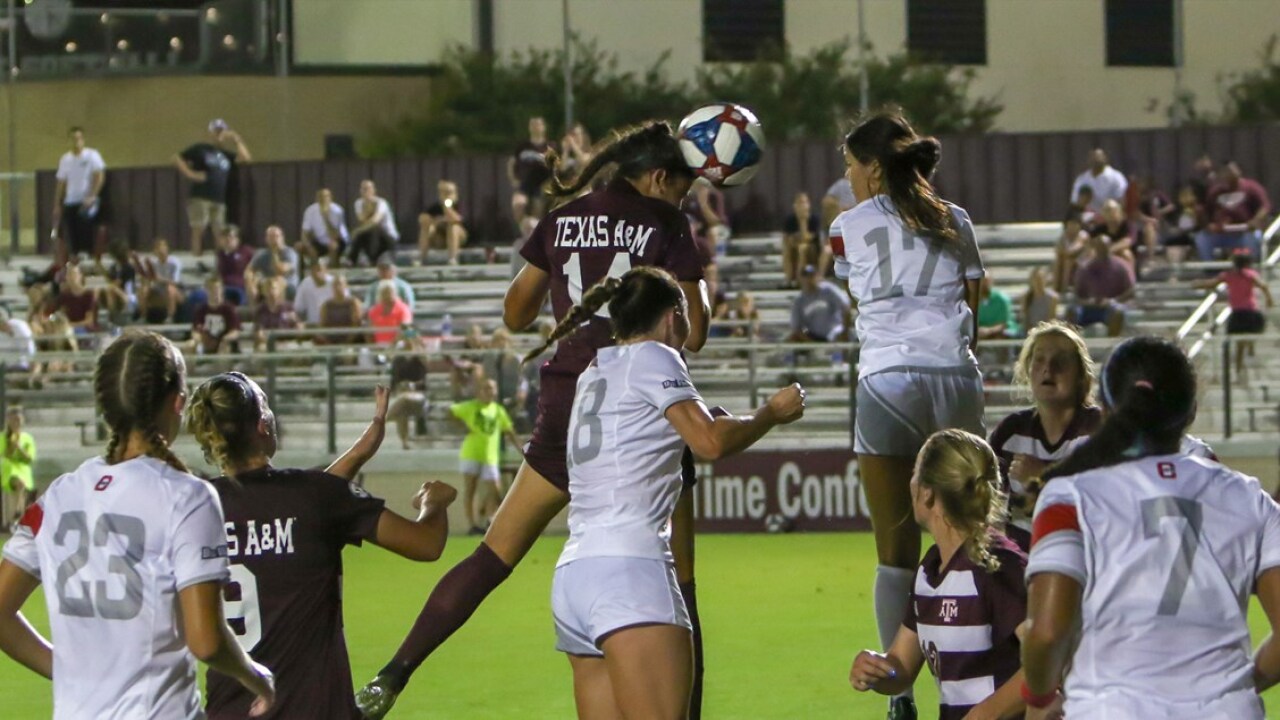 COLLEGE STATION, TX — The No. 13 Texas A&M Aggies continue their four-match homestand Friday when they host the Ohio State Buckeyes in an 8 p.m. contest at Ellis Field.

Friday’s match is Texas A&M’s Fish Camp Match, annually one of the highest attended women’s collegiate soccer matches in the nation, if not the world.

The contest airs on the SEC Network with Michael Watts (play-by-play) and Heather Mitts (color analyst) on the call. Fans may listen to the match on 12thMan.com/live and RadioAggieland.

The Maroon & White look to start the season unbeaten through five matches for the second consecutive season. Texas A&M has posted shutouts in their last three matches, including a double-OT draw at Pepperdine and a 4-0 victories over CSUN and Abilene Christian.

Jimena Lopez leads the Aggies with nine points on three goals and three assists. Addie McCain has notched seven points with three goals and one assist. Shantel Hutton has played all 380 minutes in goal, registering a 0.47 goals-against average, 11 saves and three shutouts.

The Buckeyes have stumbled out of the gate to start the season. OSU started the year with home losses to Louisville (2-1) and Missouri (3-1) before picking up a draw (1-1) at UCF last Friday. Ohio State has mustered just three goals on the season, with Marissa Birzon notching two. Jordan Silkowitz has played all 290 minutes in goal, registering a 1.86 goals-against average and 14 saves. Last season, the Buckeyes posted a 9-6-4 mark and made their ninth NCAA appearance in 10 years.