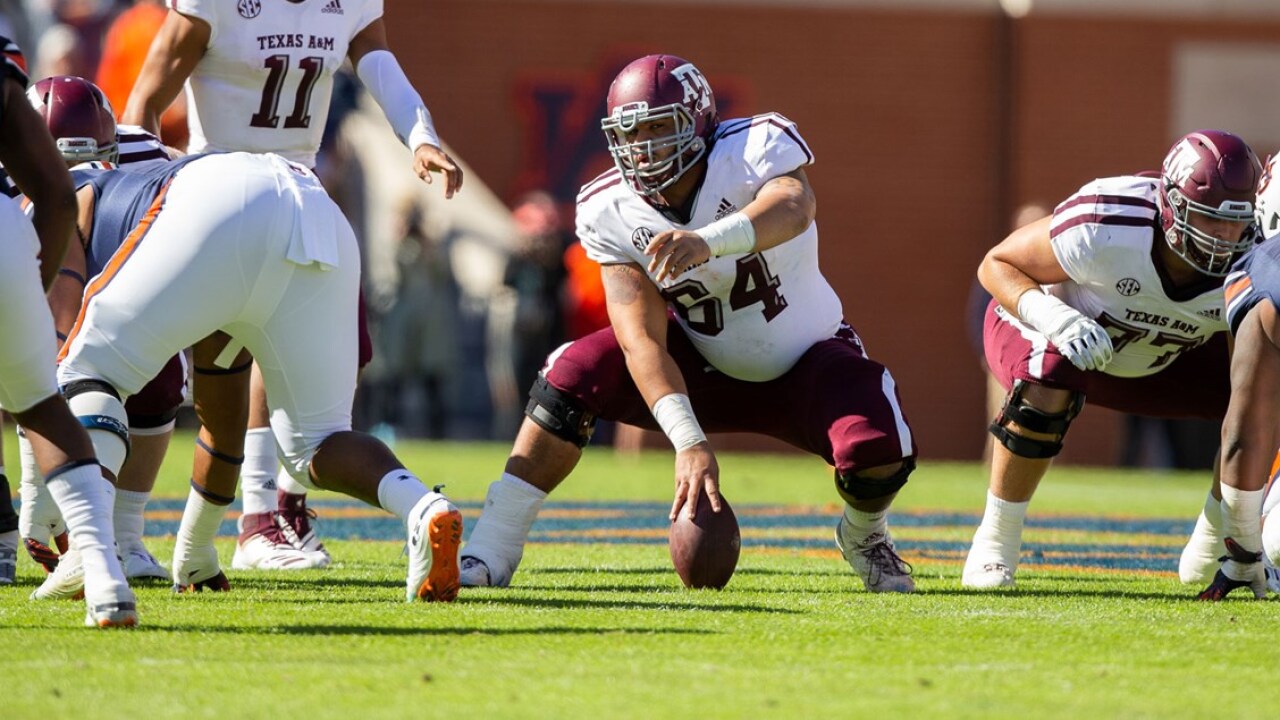 McCoy was selected with the 16th pick in the second round, 42nd overall. He extends Texas A&M’s streak with at least one selection in the first 50 picks of the NFL Draft to eight years, the second longest active streak in the country.

Sternberger became the Packers’ fourth selection of the draft as the Kingfisher, Okla., native was selected with the 11th pick of the third round.

McCoy started in all 39 games while donning the maroon and white and served as a team captain in every contest in 2018. The Lufkin, Texas, native anchored the offensive line that saw the Aggie offense gain 6,131 yards of total offense and paved the way for the Southeastern Conference’s leading rusher, Trayveon Williams.

“You watch the film and it’s pretty impressive,” New Orleans Saints head coach Sean Payton said. “He’s tough. He’s durable. (A) Well-liked captain. All those things. Those are all part of it. You put all of that together along with a good football player and we feel like we helped ourselves.”

A consensus All-American, Sternberger made an immediate impact in Aggieland as he hauled in 48 passes for 832 yards and 10 touchdowns. Sternberger received first team All-America accolades from the Associated Press, Football Writers Association of America, The Sporting News and Walter Camp Football Foundation.

“Jace really burst on to the scene this year,” Packers General Manager Brian Gutekunst said. “He put up a lot of early numbers, so our guys became aware of him early in the season. He had an outstanding year in a pro system. He was a matchup problem in college, and we think he can translate that into the NFL.”

The final day of the NFL Draft begins Saturday at 11 a.m. CT with rounds four through seven.