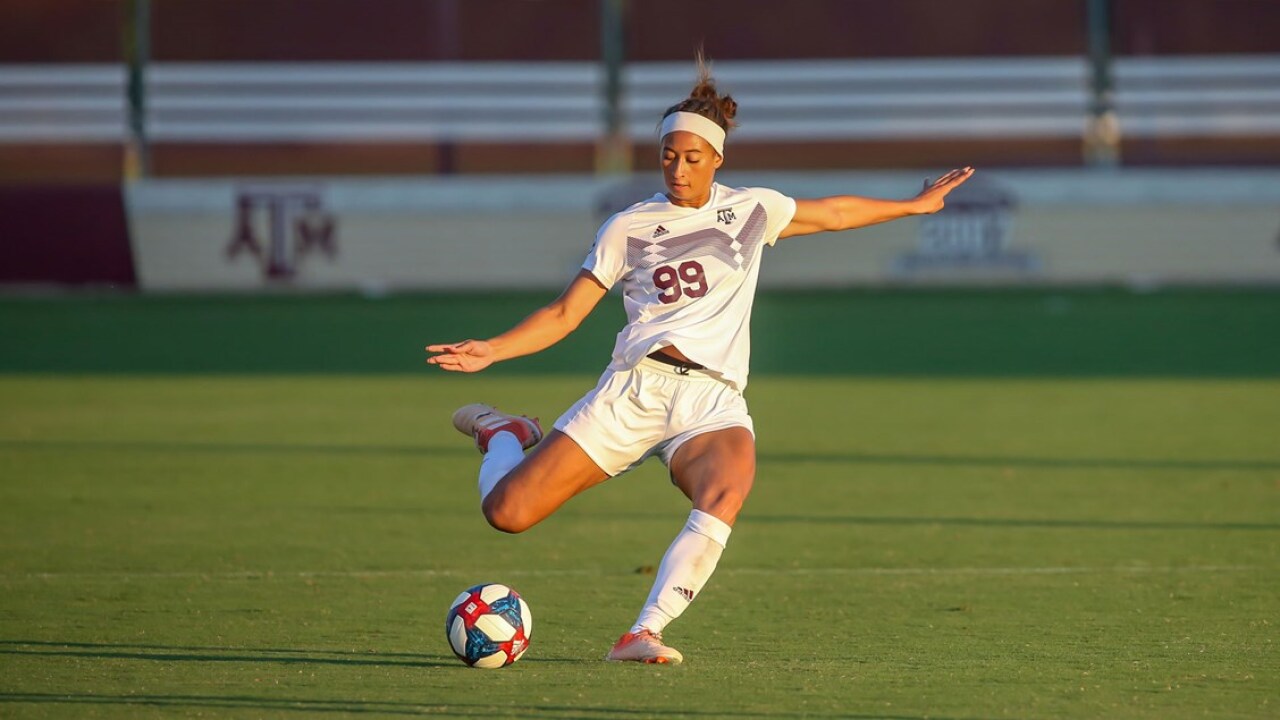 COLLEGE STATION, TX — The No. 12 Texas A&M Aggies head to Provo, Utah, for a much-anticipated matchup with the No. 10 BYU Cougars Thursday at 8 p.m.

The match is being televised on BYUtv and it streams on byutv.org. Fans may listen to the match in the Brazos Valley on 97.3 FM and, worldwide, on RadioAggieland.com, the Radio Aggieland app and 12thMan.com.

Shantel Hutton has set the Aggie freshman record for consecutive shutouts with five in a row. Her streak, which is active, is up to 529:55 without surrendering a goal.

Thursday’s match features two of the top 10 active NCAA Division I coaches in winning percentage. BYU’s Jennifer Rockwood ranks seventh with a .749 mark and Texas A&M’s G Guerrieri checks in at No. 8 with a .748 clip.

BYU is off to a robust 4-0-0 start. The Cougars started the season with a pair of road wins against SEC teams, toppling Alabama (1-0) and Mississippi State (2-1). They returned home to vanquish a pair of in-state rivals, including Southern Utah (7-0) and Utah (2-0). BYU boasts a pair of Hermann Trophy candidates in Elise Flake and Mikayla Colohan.

The Aggies won the only prior matchup against the Cougars, 2-0, last season at Ellis Field. Jimena López scored in the 41st minute and Ally Watt added a goal in the waning moments of the contest for a Fish Camp Match triumph. Cosette Morché made five saves in the shutout.