Kalich Selected in the Fourth Round of the MLB Draft 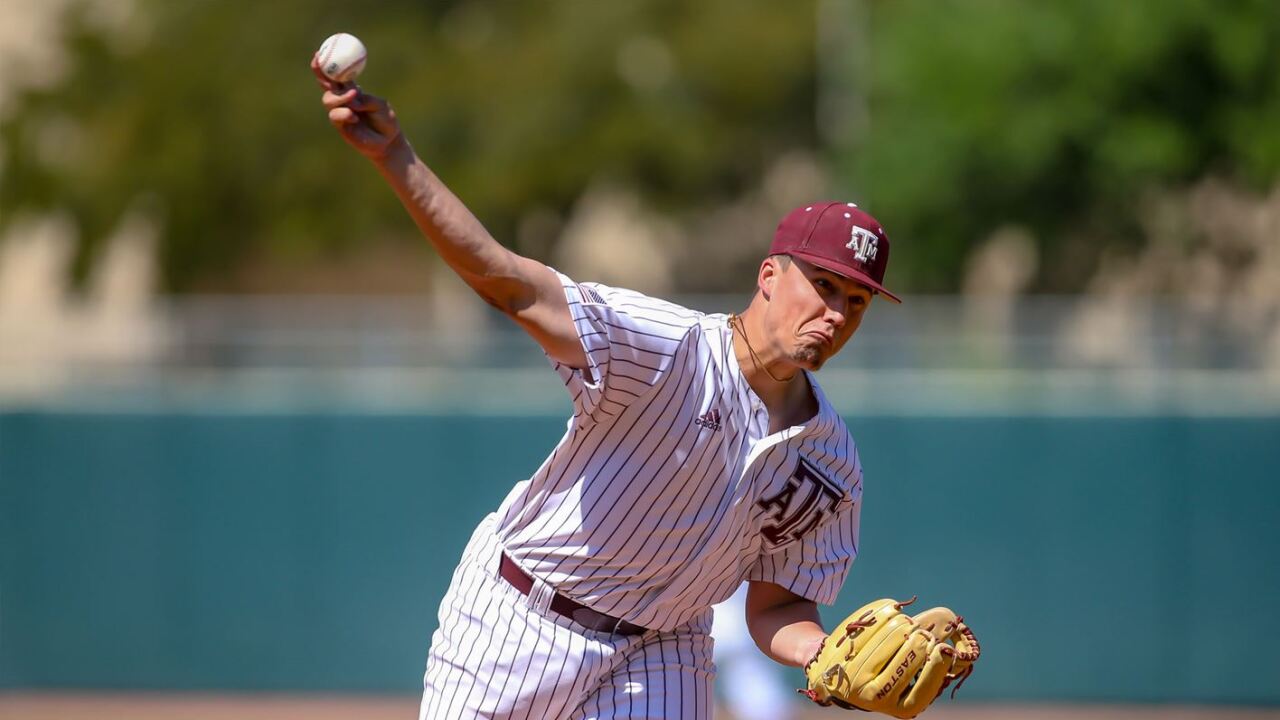 COLLEGE STATION, TX — Texas A&M sophomore right-handed pitcher Kasey Kalich was selected in the fourth round of the 2019 MLB Draft by the Atlanta Braves on Tuesday afternoon.

Kalich finished the 2019 campaign with a 3-1 record, 12 saves, 3.18 ERA and 51 strikeouts in 34.0 innings of work. His 12 saves ranked fourth on Texas A&M's single season list. He was a semifinalist for the NCBWA Stopper of the Year Award, recognizing the nation's top relief pitcher.

The Victoria, Texas, native transferred after one season as a starting pitcher at Blinn College. That season he posted pedestrian numbers with a 3-2 record, 4.86 ERA and 48 strikeouts in 46.1 innings.

It marks the third time in the last four seasons that Coach Rob Childress has taken a junior college transfer and needed just one season to mold them into a pitcher drafted in the first five rounds. He performed the magic with Jace Vines in 2016 and Nolan Hoffman in 2018.