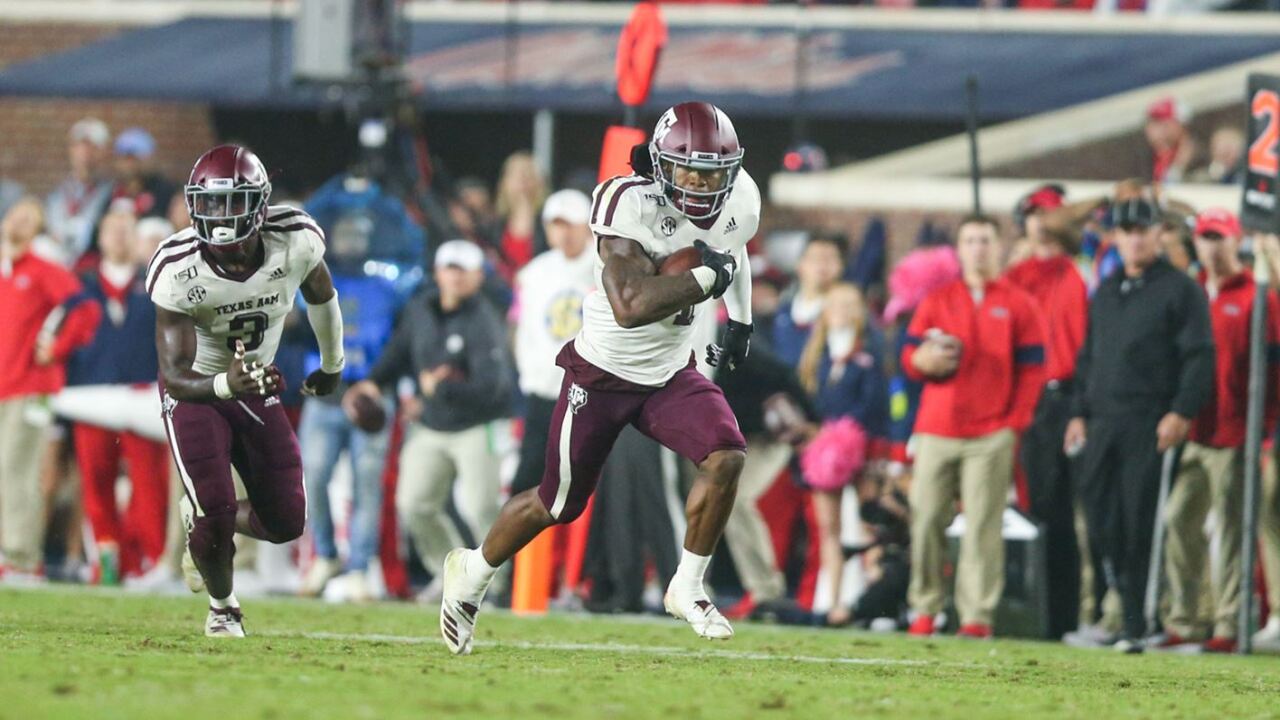 The junior linebacker recovered a fumble in the third quarter and returned it 62 yards for A&M’s first non-offensive touchdown of the season. The fumble return was the longest by an Aggie since Jonté Buhl’s 98 yard scamper on Nov. 26, 2004 against Texas. Johnson’s fumble return touchdown was A&M’s first since the UAB game in 2018 and the second-longest play of the 2019 season.

Johnson tallied 10 tackles against the Rebels, his second straight game with double digit tackles. This marked the first time an Aggie has had 10-plus tackles in consecutive games since Tyrel Dodson did so in 2017 against Mississippi State and Auburn.

Johnson shares the Player of the Week honor with LSU’s Jacoby Stevens.

Texas A&M returns to Kyle Field to take on Mississippi State this Saturday at 11 a.m. on SEC Network.