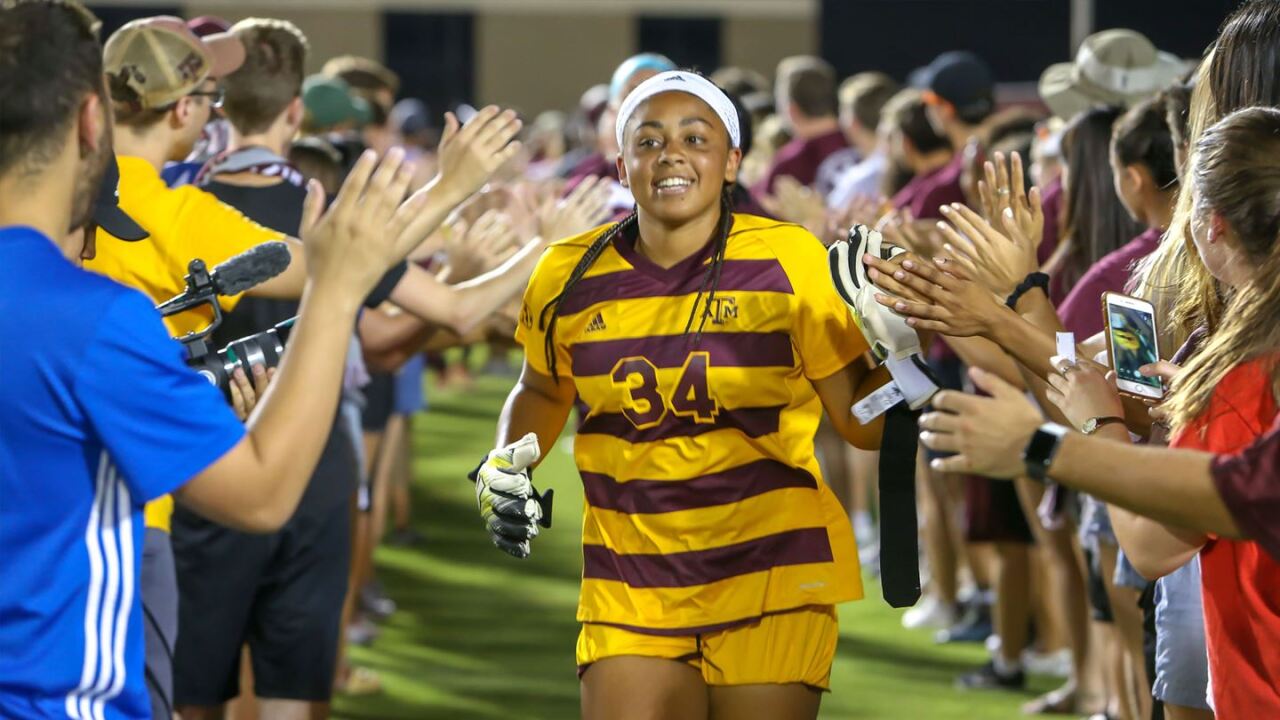 It marked Hutton’s second SEC Freshman of the Week, joining Ásdís Halldórsdóttir as the only two Aggies to earn multiple league rookie of the week honors.

The Duluth, Georgia, native made four saves in Friday night’s 1-0 victory over Big Ten power Ohio State. Hutton saved the game for the Aggies on Sunday with a full-extension diving stop in the 82nd minute of the Aggies’ 0-0 draw against Brown.

On the season, Hutton has registered a 0.31 goals-against average with five shutouts and 16 saves.

The Aggies return to action Thursday when they play the No. 10 BYU Cougars in Provo, Utah, in an 8 p.m. match.