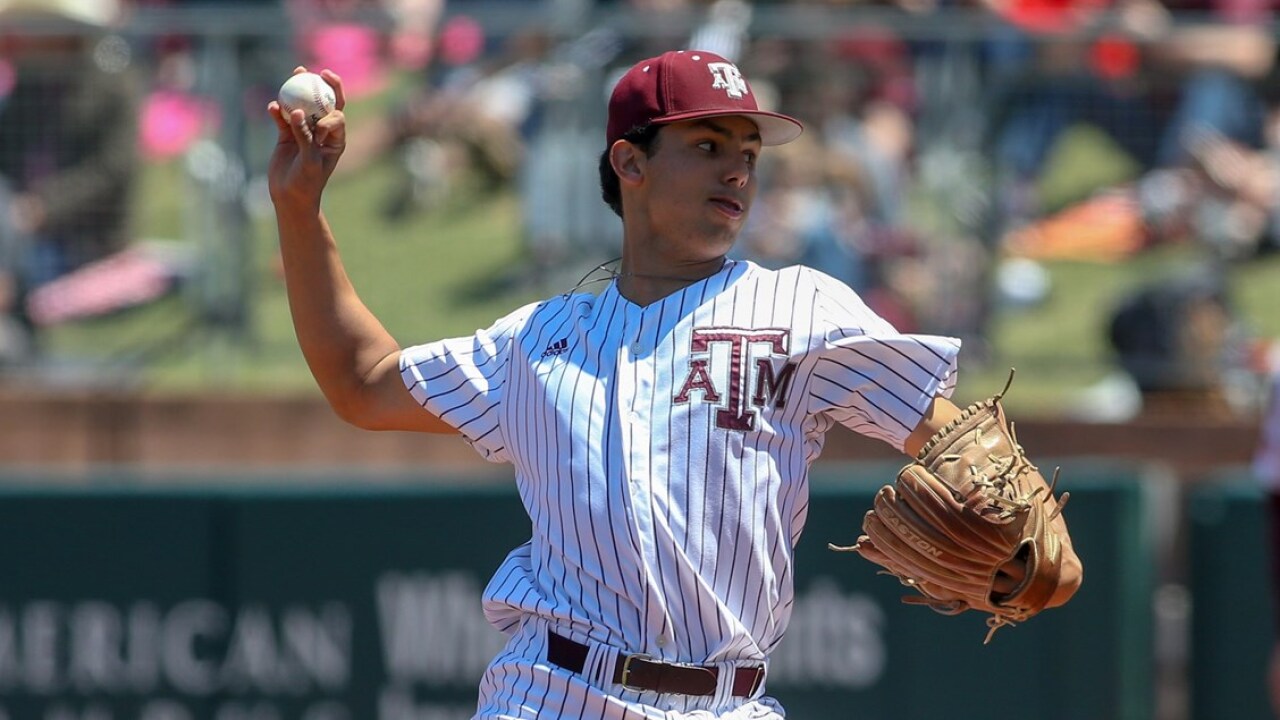 The Aggies look to build on Saturday’s 11-2 victory over Fordham. The Maroon & White need three more wins to claim the regional crown. Texas A&M has emerged from the losers’ bracket to win a regional title on three occasions, most recently in 2015.

Texas A&M’s offense at the regional has been paced by Hunter Coleman. The junior first baseman is batting .667 (4-for-6) with five runs, two walks, one HBP, one double, two home runs, five RBI and one stolen base.

The game will be televised on the ESPN2 with Mark Neely (play-by-play) and Mike Lavalliere (color) handling the call. The contest will be available for viewing on ESPN3. ESPN3 provides events to SEC Network subscribers through WatchESPN and the ESPN app on smartphones, computers, tablets and connected devices (Amazon Fire TV and Fire TV Stick, Apple TV, Chromecast, Roku, Xbox 360 and Xbox One). All three games will air on SportsRadio 1150/93.7 The Zone.