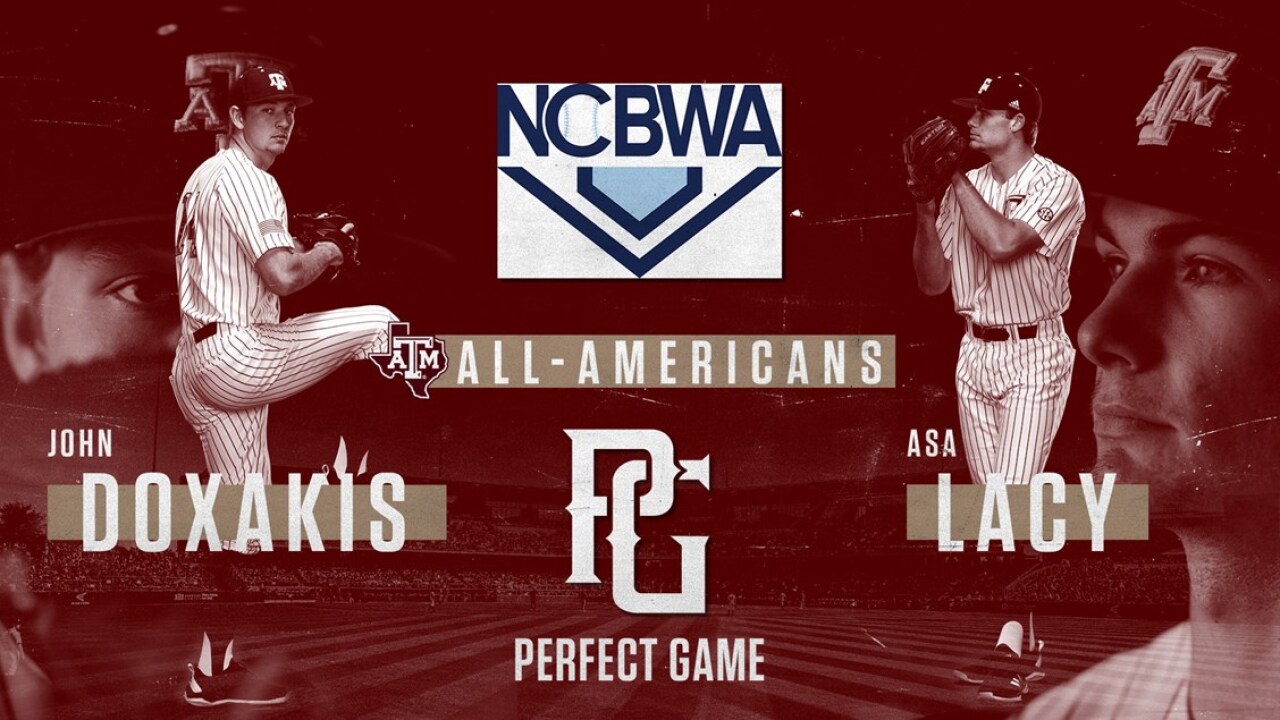 It marks the fourth time multiple Aggie pitchers have earned All-America status in a season since 2010.

Lacy logged an 8-4 record with 2.13 ERA in 2019, leading the nation in fewest hits allowed per nine innings (4.97). He also ranks eighth in strikeouts per nine innings (13.2) and ninth in strikeouts (130). The Kerrville, Texas, native was chosen to play for the USA Baseball 2019 Collegiate National Team and was named a Golden Spikes Award semifinalist for his performance as a sophomore.

Doxakis and Lacy helped the Aggie pitching staff set a new single-season school record for strikeouts in a season with 673.