Cole Drafted on Third Day of the MLB Draft 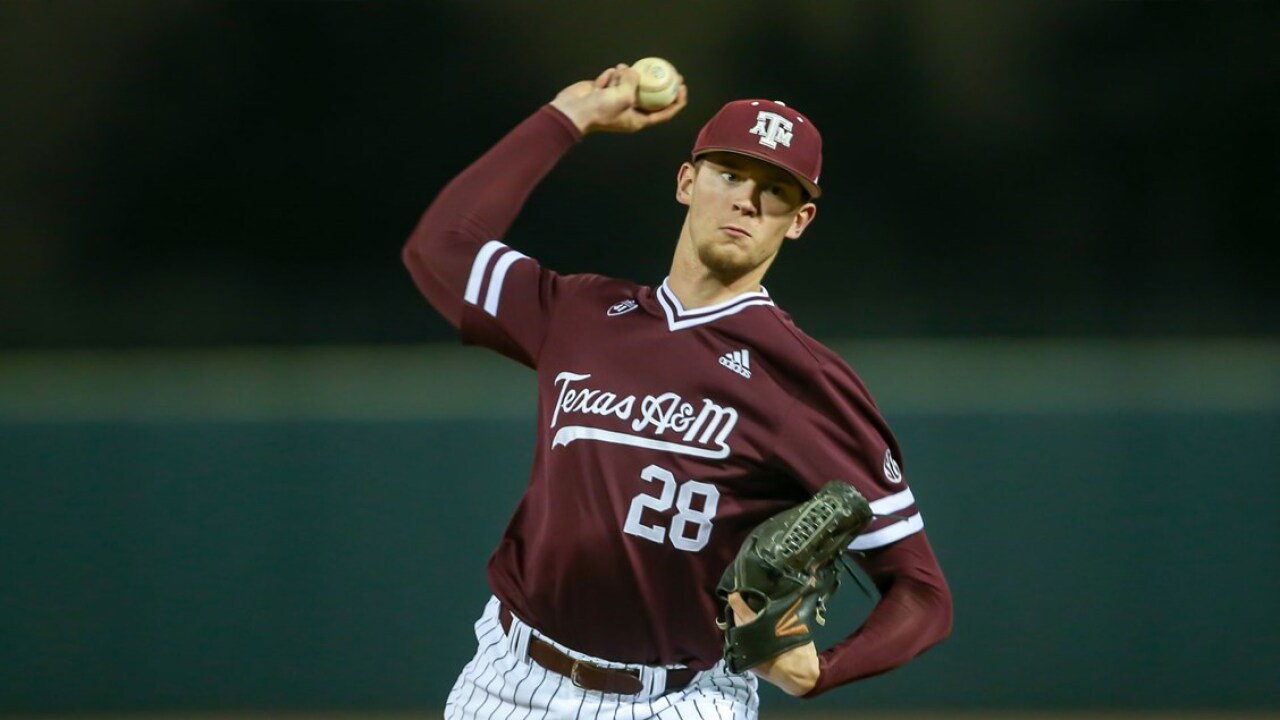 COLLEGE STATION, TX — Texas A&M sophomore right-handed pitcher Mason Cole was selected in the 27th round of the 2019 MLB Draft by the Texas Rangers on Wednesday afternoon.

Cole has battled through injuries over his three seasons, but he has been solid when healthy. In 15 career appearances, he has notched a 1-0 record with a 3.50 ERA, .243 opponent batting average and 17 strikeouts in 18.0 innings.

The Aggies had four players drafted this season. The Atlanta Braves picked Braden Shewmake in the first round and Kasey Kalich in the fourth round and the Tampa Bay Rays selected John Doxakis in the second round.