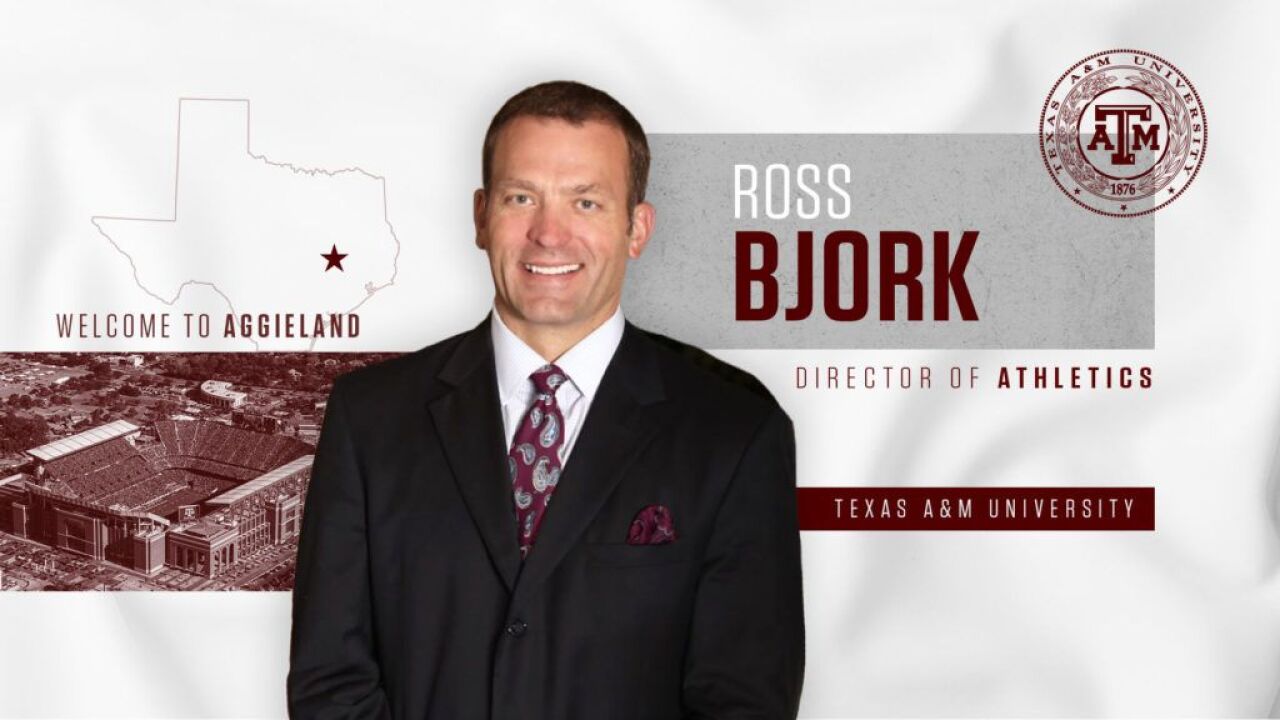 Ross Bjork was introduced at Texas A&M on Monday. He'll begin work on July 8 after he wraps things up in his current job as Mississippi's athletic director.

Bjork says he first visited College Station in 1998, and he remembers the way the old press box at Kyle Field shook as fans locked arms and swayed during the Aggie War Hymn.

R.C. Slocum will continue as the Aggies' interim athletic director until Bjork takes over. Then the former Texas A&M football coach will move back into his prior role as a special assistant to the university president.

Bjork offered an endorsement of football coach Jimbo Fisher, calling him a "championship head coach." Fisher went 9-4 in his first season with the Aggies after signing a 10-year, $75 million contract.