Aggies to open series against Arkansas 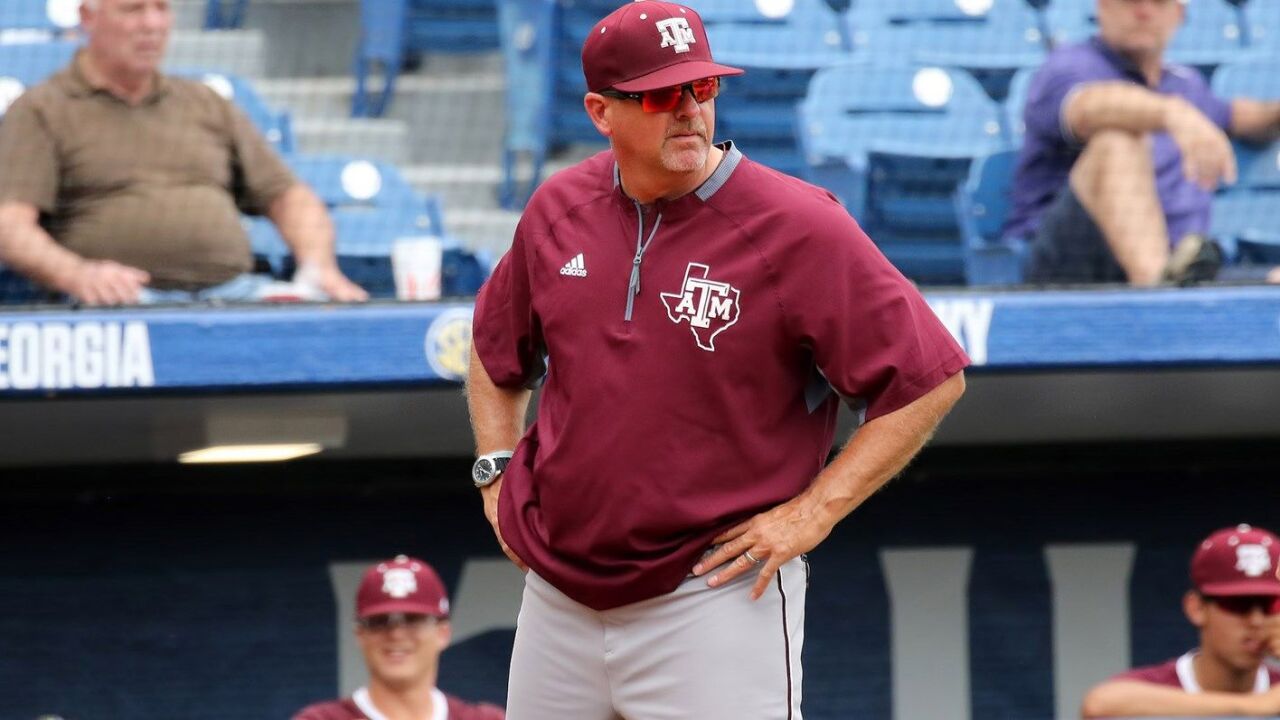 COLLEGE STATION, TX — The No. 19 Texas A&M Aggies wrap up their regular-season slate with a three-game series against the No. 4 Arkansas Razorbacks starting Thursday on Olsen Field at Blue Bell Park. The series opener is slated for 6:02 p.m. with the Friday and Saturday games starting at 6:32 p.m. and 2:02 p.m., respectively.

Every game of the series is available for viewing on SEC Network +. SEC Network + provides digital-only events to SEC Network subscribers through WatchESPN and the ESPN app on smartphones, computers, tablets and connected devices (Amazon Fire TV and Fire TV Stick, Apple TV, Chromecast, Roku, Xbox 360 and Xbox One). All three games will air on the radio locally. All three games are broadcast in the Brazos Valley on SportsRadio 1150 and/or 93.7 The Zone with Dave South on the call.

The Texas A&M pitching staff is on pace to threaten the school record for strikeouts in 2019. With 558 strikeouts through 53 games, the Maroon & White are 54 shy of the school record of 612 set by the 2010 squad, the only season the Aggies have ever reached the 600-K mark. With a sufficient run at the SEC Tournament and NCAA Championship, the Aggies could flirt with becoming just the second SEC team to post 700 strikeouts in a season, potentially joining Vanderbilt’s 2015 squad that recorded 703 strikeouts.

Freshman pitcher Chris Weber earns his first SEC start and will toe the rubber in Thursday’s opener. In his last 12 outings, he has allowed just four runs, three earned, on 24 hits and eight walks while striking out 35 in 28.2 innings (0.94 ERA). Over the span, Weber recorded wins in relief efforts against Auburn and Alabama and a midweek start at Sam Houston State.

With his next save, Kalich will move into a tie with Scott Beerer (13 - 2003) for third place on the Texas A&M’s single-season saves chart. He is chasing the school record of 14 set by Jason Jester in 2013 and equaled by Nolan Hoffman in 2018.