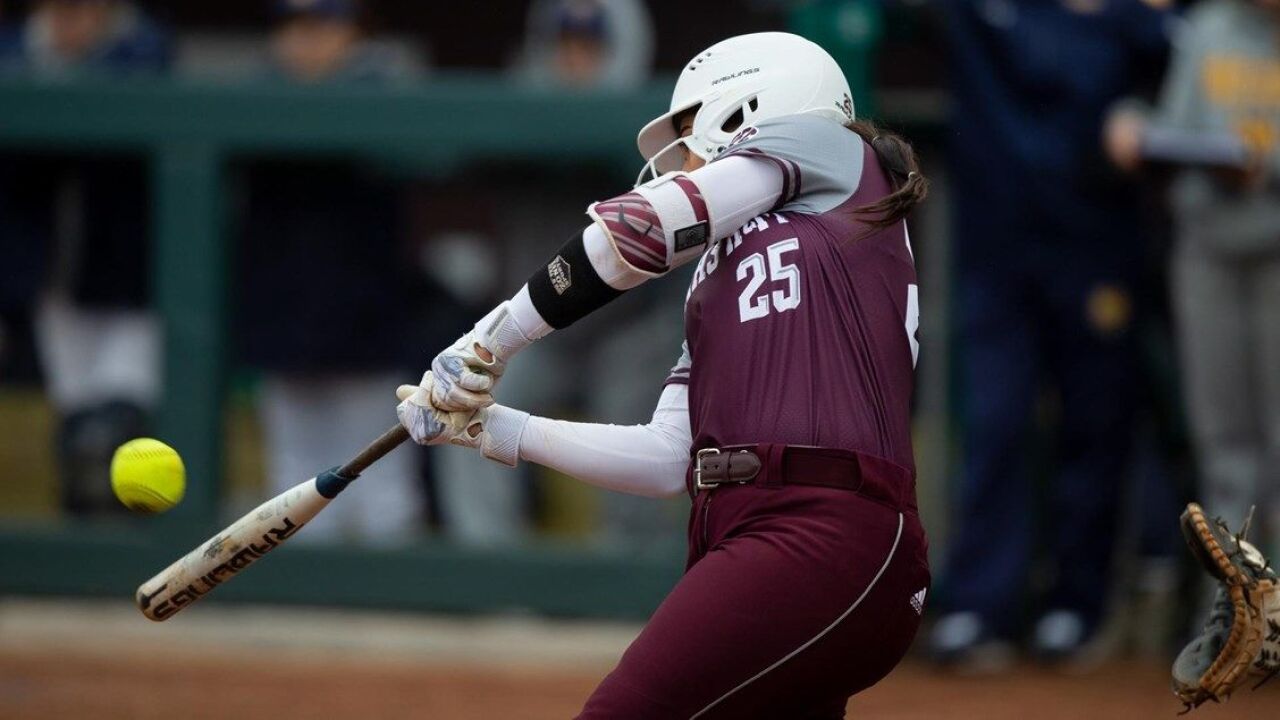 AUSTIN, TX — Texas A&M Softball’s season came to an end Saturday after falling to No. 9 Texas, 3-2, in eight innings at the NCAA Austin Regional held at McCombs Field.

The Maroon & White got on the board early as Kelbi Fortenberry earned a walk and later took advantage of a throwing error by the Longhorns’ catcher to touch home. Texas took the lead in the second on a Shannon Rhodes two-run blast.

To start the bottom of the seventh, Blake-Ann Fritsch slugged a double to the wall in the gap in right. Trailing 2-1 with two outs, Kayla Garcia reached base on a throwing error by the third baseman, allowing Fritsch to cross home to tie the game.

Janae Jefferson doubled to left in the eighth and scored on an error, putting the Longhorns on top.

Payton McBride was saddled with the loss after allowing nine hits, three runs and two walks in her third career eight-inning complete game.

The lone senior for the Aggies, Riley Sartain started in 232 games and finished her career with a .289 batting average with 37 home runs and 136 RBI. The infielder posted a .959 fielding percentage and 436 assists, which ranks sixth all-time in program history.