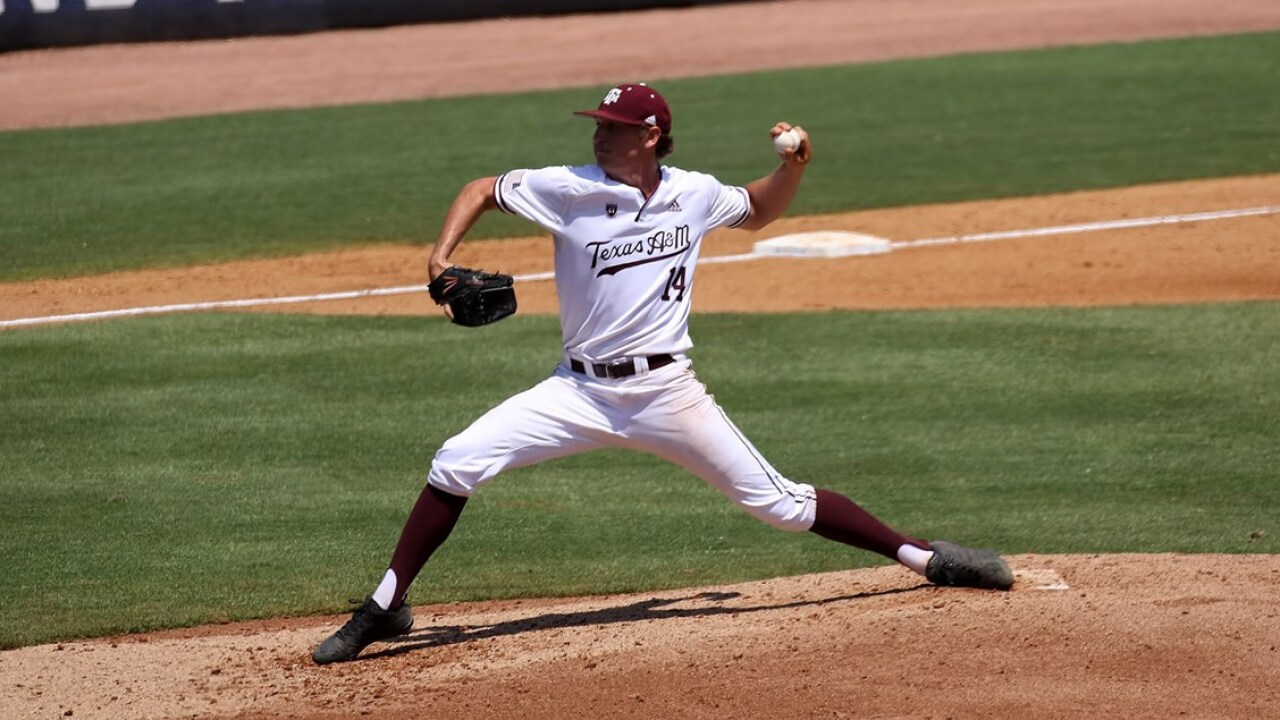 MORGANTOWN, WV — The No. 19 Texas A&M Aggies begin play in their 35th NCAA Division I Baseball Championship Friday as they battle the Duke Blue Devils in Morgantown Regional action at Monongalia County Ballpark. First pitch is slated for 3:06 pm.

With the appearance, the Aggies extend their school-record string of consecutive NCAA Championship tournaments to 13. Texas A&M is one of only three schools to appear in each of the last 13 NCAA Division I Baseball Championships. The Maroon & White's 13-season NCAA postseason string is the second-longest in the SEC trailing only Vanderbilt (14 years). It is the longest active string among Texas schools.

The game will be televised on the ESPN2 with Mark Neely (play-by-play) and Mike Lavalliere (color) handling the call. The contest will be available for viewing on ESPN3. ESPN3 provides events to SEC Network subscribers through WatchESPN and the ESPN app on smartphones, computers, tablets and connected devices (Amazon Fire TV and Fire TV Stick, Apple TV, Chromecast, Roku, Xbox 360 and Xbox One). All three games will air on SportsRadio 1150/93.7 The Zone.