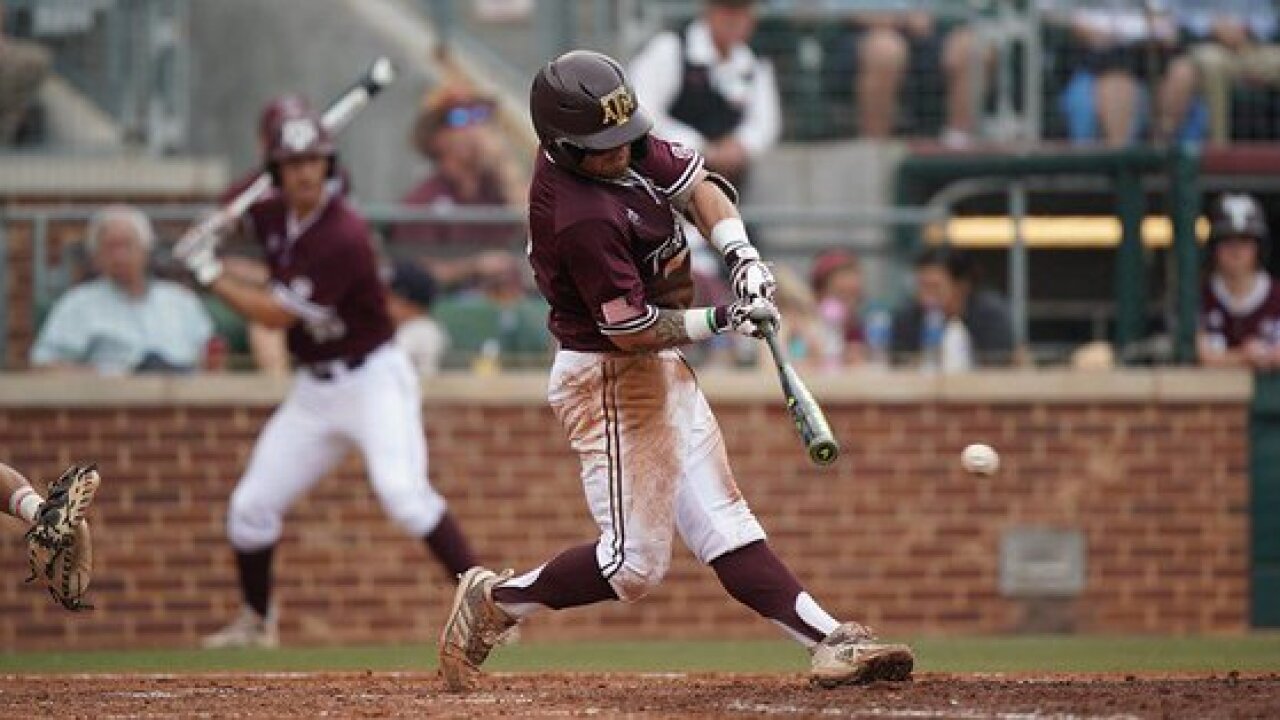 COLLEGE STATION, TX — The No. 19 Texas A&M Aggies claimed the rubber match from the No. 4 Arkansas Razorbacks, 6-1, with a stellar pitching performance and timely hitting in the late innings Saturday afternoon on Olsen Field at Blue Bell Park.

Christian Roa (3-2) was lights out on the mound after giving up a solo jack in the top of the first. He earned the win, working six frames, yielding a lone run on five hits and one walk, while tying a career-high with seven strikeouts.

Joseph Menefee and Kasey Kalich were perfect in relief. Menefee fanned a pair in 2.1 innings, while Kalich struck out the last two batters, to close out the game.

The Aggie pitching staff retired the last 15 batters they faced, and held their Razorbacks to a .125 (1-for-8) batting average with runners were in scoring position. With 11 strikeouts on the afternoon, Aggie pitchers ended the game with 602 Ks on the season. It marks just the second time in school history the Maroon & White have logged 600 strikeouts in a season and they now sit just 10 behind the school record set in 2010.

Offensively, Texas A&M had some key hits and took advantage of three errors in the fifth, sixth and seventh innings to tally their six runs. The Aggies were paced by Jonathan Ducoff, Logan Foster and Mikey Hoehner. On senior day, Ducoff was 2-for-3 with two runs, one double and one RBI, while Foster and Hoehner added two hits and one run apiece.