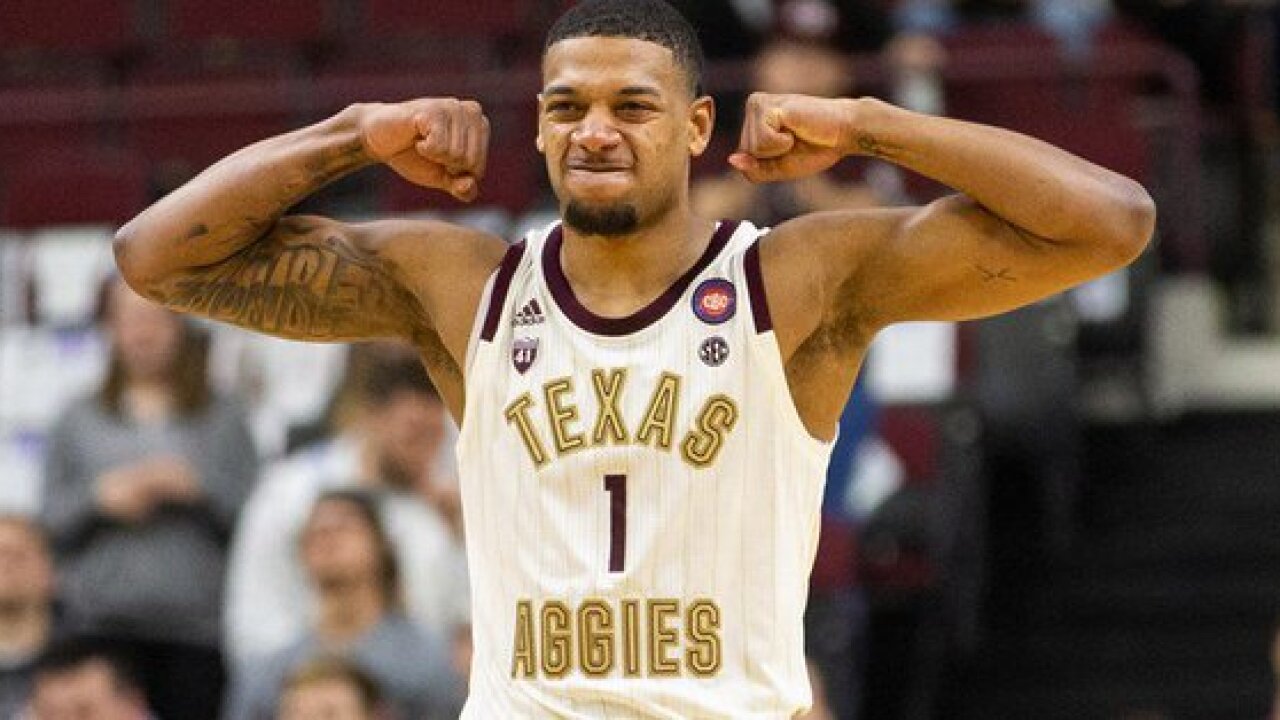 COLLEGE STATION, TX — Texas A&M men's basketball guard Savion Flagg announced Tuesday that he will withdraw from the NBA Draft and return to College Station for his junior season.

“Getting direct feedback from the NBA was great,” Flagg said. “I will talk with Coach Buzz about what I have heard and how he can help me take my game to the next level, and more importantly, help the team win and have a successful season.”

Flagg led the Aggies in 2018-19 with 13.9 points and 7.7 rebounds per game and was second on the team in assists at 73. The Alvin, Texas, native closed out the season in dominating fashion as he recorded a career-high 29 points against Vanderbilt in the first round of the SEC Tournament before posting a double-double against Mississippi State with 21 points and 10 boards.