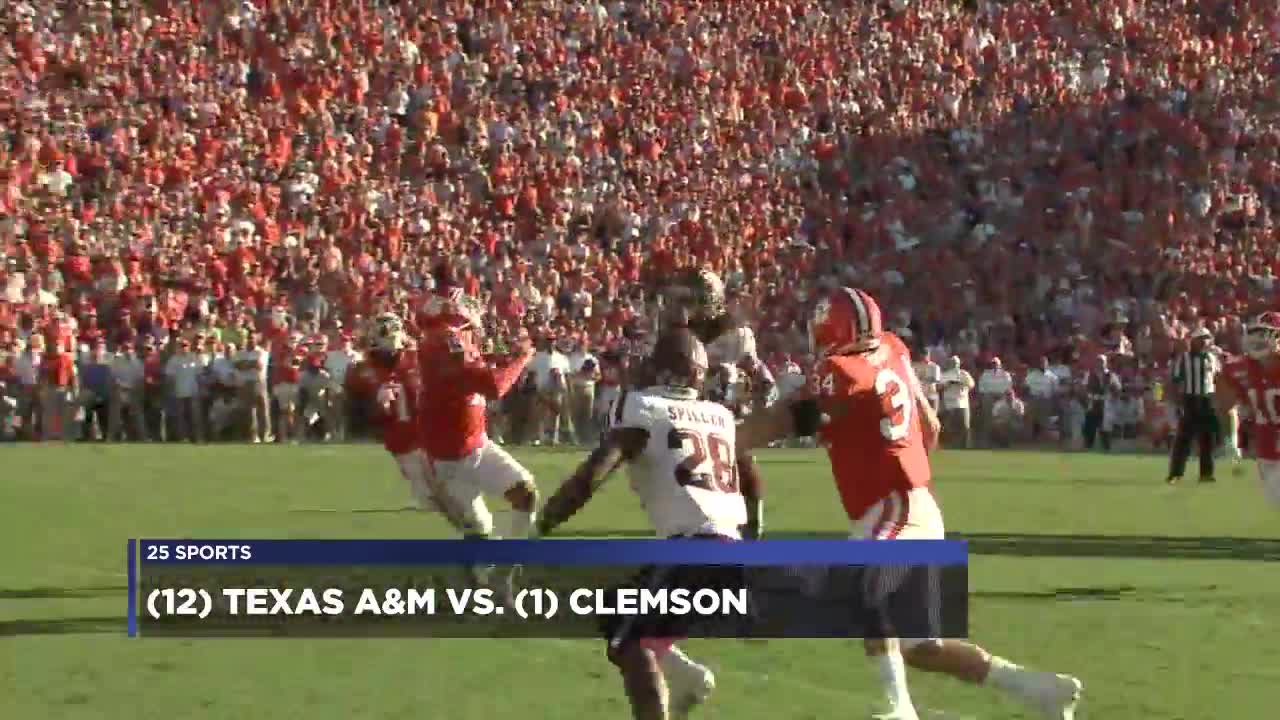 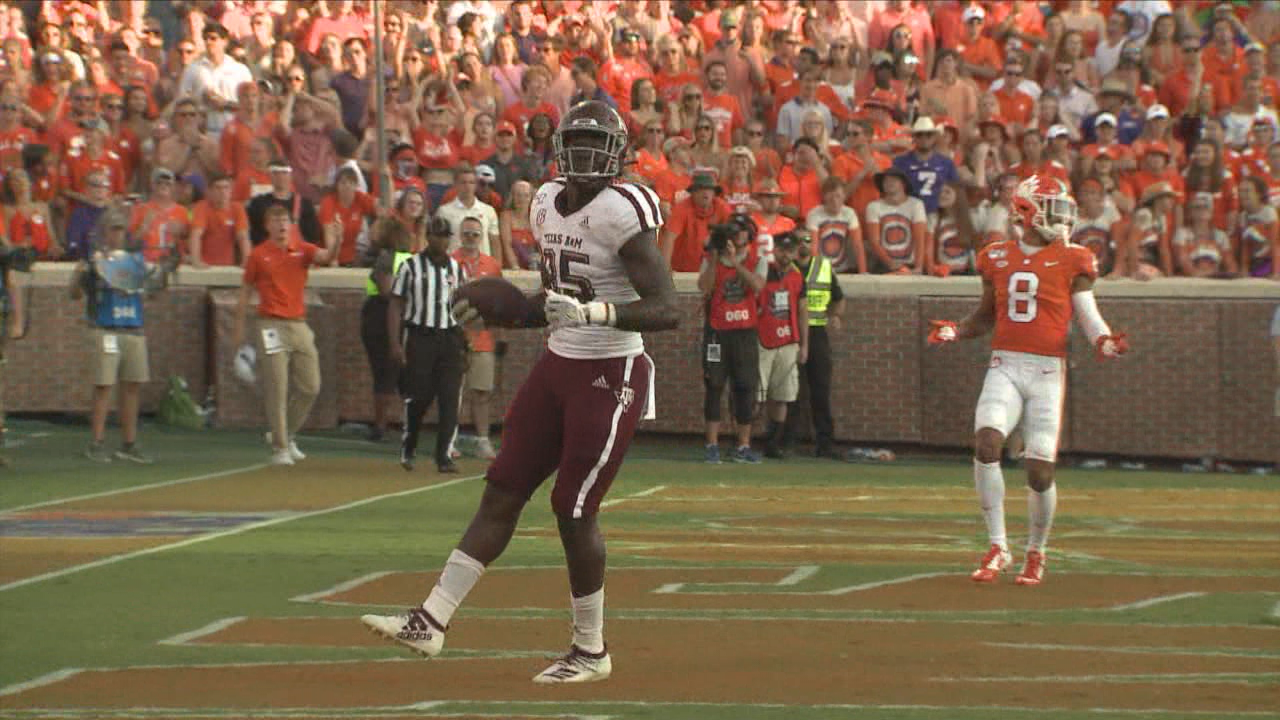 CLEMSON, SOUTH CAROLINA — Eyes across the country were on Clemson, South Carolina, where the Texas A&M Aggies tried to dethrone the reigning kings of college football.

It was the first meeting for head coaches Dabo Swinney and Jimbo Fisher at Death Valley since Jimbo left the ACC.

The Aggies took an early 3-0 lead in the first quarter, but in the second, Clemson pulled away. Clemson quarterback Trevor Lawerence threw for a touchdown and ran for another to give the Tigers a 17-3 lead at halftime.

The Tigers would extend that lead to 21 headed into the fourth quarter. Aggie quarterback Kellen Mond was then picked off in the red zone to essentially ice the game.

The Aggies would make some plays late. Roney Elam intercepted a Lawerence pass, and then Mond would find Jalen Wydermyer for a touchdown on the Aggies final offensive play to make the final 24-10.

"I gotta give the kids credit," Fisher said after the game. "They played hard. They're a good football team. We have a good football team, but we have to play better. I have to coach better. That's on me to get them in the right positions at the right time and make sure they can understand what's going on and play better, because we have a good team and they're a good team. So, we just didn't play well enough today to do what we need to do."