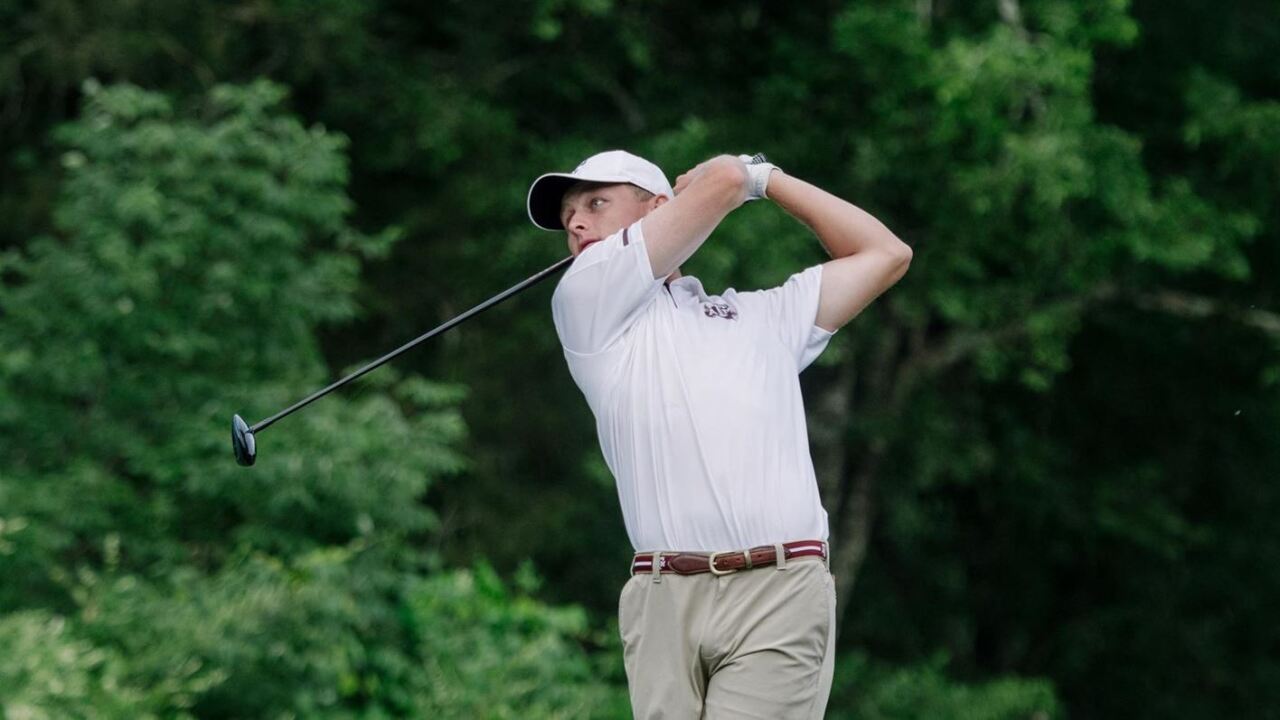 MINNEAPOLIS, MINNESOTA — The No. 14 Texas A&M men’s golf team opened the 2019-20 season with a runner-up effort at the University of Minnesota’s Gopher Invitational, which concluded on Monday at the Wingsong Farm Golf Club.

The Aggies finished the cold and rainy three-round tournament at 2-under par with rounds of 276-287-287, and were just two strokes behind No. 20-ranked Baylor (4-under). The Aggies and Bears were the only teams under par at the Gopher Invitational.

“I feel like we let one slip away,” Aggie head coach J.T. Higgins said. “Second place in this field is a good finish, but I feel like we should be coming home with a ‘W.’ We did so many things well and then just kind of let it slip away in the end. We played the 17th hole in 5-over and we ended up losing by a couple. We have to finish the round better. It’s a good start to the season and I was proud of the way we handled the adverse weather conditions.”

Leading the way for the Aggies was senior Dan Erickson (Whittier, Calif.), who placed second on the individual leaderboard at 5-under (67-74-67) after firing a 4-under par 67 in the final round. Erickson’s 67 tied for the low round of the day, and matched his career-low round as a collegian. Erickson was just a single shot behind champion William Buhl of Arkansas (6-under).

“I was proud of the way all five guys finished in the top 30,” Higgins said. “Dan had an outstanding tournament and had a good chance of winning the tournament. Willie Paysse finishing in the top 10 in his first collegiate tournament is amazing. Top to bottom, the guys were all competitive and did a great job. We just have to get a little bit better and I know these guys will continue to work hard to get where they need to be.”

The Aggies return to action in less than two weeks at the OFCC/Fighting Illini Invitational at Olympia Fields Country Club in Urbana-Champaign, Ill., on Sept. 20-22.