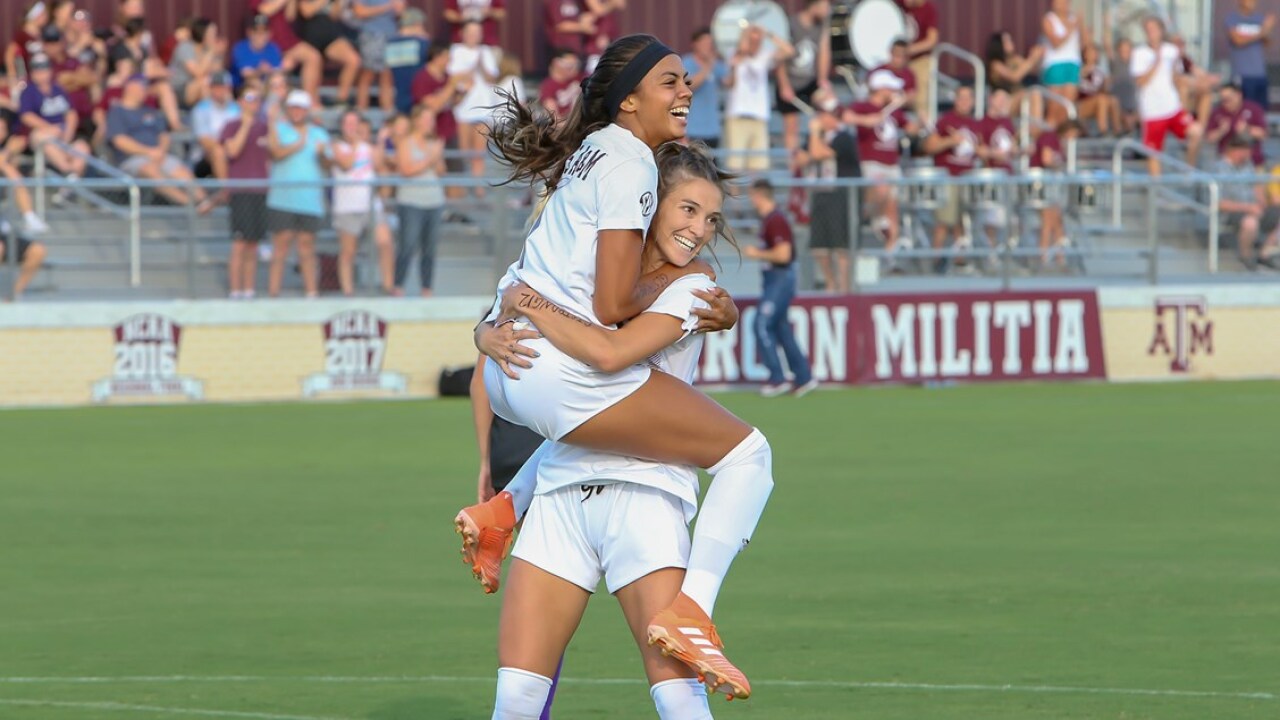 The winner of the Texas A&M-Texas match face the winner of Southern Cal-Cal State Fullerton in a second round match slated for November 22 at a site to be determined.

The Aggies own a 13-match NCAA Championship unbeaten streak at Ellis Field, with the last postseason home loss coming in 2007. Last season, Texas A&M beat North Texas, 1-0, in the opening round.

Texas A&M is 20-5-2 all-time against Texas with all of the meetings occurring before the Aggies left for the green pastures of the SEC. On October 28, 2011, the Maroon & White registered a resounding 3-0 victory over the Longhorns in Austin – the last meeting between the two rivals and the Aggies’ last regular-season match as a member of the Big 12 Conference.

The Aggies are 31-0-5 (.931) against in-state rivals since 2008, including an 11-0-4 record against their former Big 12 Conference colleagues. The run includes victories against Abilene Christian and UTRGV this season.

Public tickets go on sale Tuesday at 10 a.m. Tickets may be purchased by logging onto www.12thman.com/tickets [12thman.com] or by calling 888-992-4443. Due to the men’s basketball game Friday evening there will be a parking charge at surrounding lots.