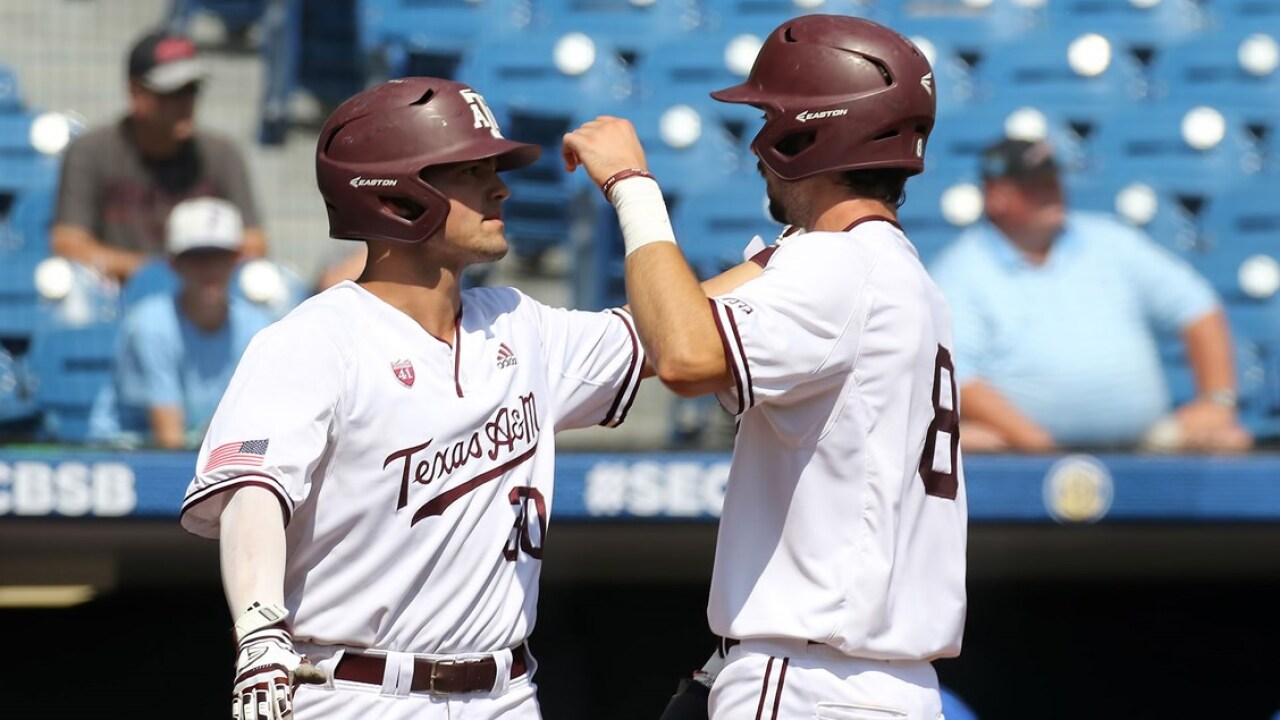 COLLEGE STATION, TX — The No. 19 Texas A&M Aggies were tabbed the No. 2 seed at the Morgantown Regional in the NCAA Division I Championship, the selection committee announced Monday. The Aggies will face the No. 3 seed Duke Blue Devils to open the tournament Friday at 3 p.m. on ESPN2.

The bid extends the Aggies' school-record string of appearances in the NCAA Championship to 13 consecutive seasons and marks the Maroon & White's 35th overall selection to the tournament field. Texas A&M has the third-longest active tournament streak in the nation, trailing Florida State (42) and Vanderbilt (14).

The host No. 15 West Virginia Mountaineers are the No. 1 seed in the regional and face the Fordham Rams at 7 p.m.

Duke is 31-25 on the year and finished seventh in the ACC with a 15-15 record. The Blue Devils are making their eighth NCAA Tournament appearance in program history. They are playing in the second consecutive tourney and their third in the last four years.

West Virginia is 37-20 on the year and finished fourth in the Big 12 with a 13-11 record. The Mountaineers are making their 13th tournament appearance and their second in the last three years. This marks Morgantown’s first time hosting a regional. They hosted district play for the 1955 NCAA Championship. Monongalia County Ballpark opened for the 2015 campaign and is shared with the West Virginia Black Bears of the Class A-Short Season New York-Penn League.

Fordham is 38-22 on the year and finished fourth in the Atlantic 10 Conference with a 15-9 record. The Rams claimed the league’s automatic bid by winning the conference tournament, going 4-0, including three one-run victories and two extra-inning triumphs. The Aggies swept a three-game series from Fordham to open the 2019 season. The Rams are making their eighth appearance overall and first since 1998.

Each regional field features four teams, playing a double-elimination format. Regional play is from Friday, May 31 to Monday, June 3.