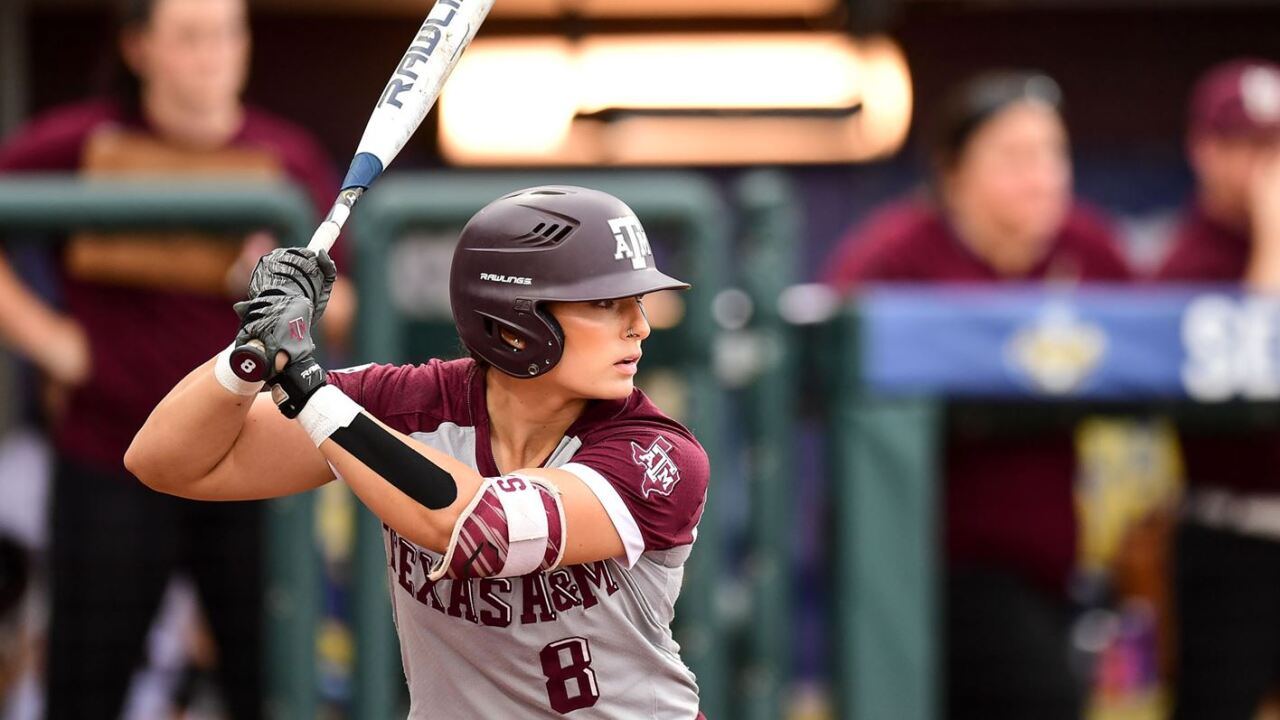 The game can be seen on ESPN3 with Alex Loeb (play-by-play) and Megan Willis (color) calling the action. Authenticated subscribers can access the stream through WatchESPN and the ESPN app on their computers, mobile phones, tablets, smart TVs and other connected devices.

Texas A&M enters the NCAA Regional with a 28-25 record and is paced by Kelbi Fortenberry and Payton McBride, who each own a team-best .345 batting average. Fortenberry leads the team in multiple offensive categories, including hits (60), runs (32) and total bases (72) while McBride powers the Aggies’ offense as she tops the team with a .504 slugging percentage and has knocked in 30 runs.

Kendall Potts holds a 12-12 record and leads the Aggies’ pitching staff in ERA, 3.25, while tallying a team-high 83 strikeouts and 11 complete games in 142.0 innings. McBride has recorded nine wins as Kayla Poynter has added four and Hannah Mayo has tallied three.

Houston enters the tournament with a 37-17 record and is led at the plate by Arielle James, who has compiled 16 doubles, 33 runs and holds a .550 slugging percentage. Maya Thomas tops the Cougars’ lineup with a .391 batting average while Tierrah Williams has belted five home runs. In the circle, Savannah Heebner (13-8) and Presley Bell (12-3) have accounted for 25 of Houston’s wins, while Trystan Melancon and Rachel Hertenberger have added seven and five wins, respectively.

The Aggies and Cougars have met 27 times with Texas A&M leading the series, 19-8. Houston won the last meeting, 9-3, earlier this season on Feb. 27 in Houston.

The Aggies are making their 18th-consecutive appearance in the NCAA Division I Softball Championship and 30th overall. In the NCAA Tournament, Texas A&M holds an 86-65 record all-time and have made 12 appearances in the Women’s College World Series with three national championships. Under head coach, Jo Evans, the Aggies have appeared in the tournament 20 times.