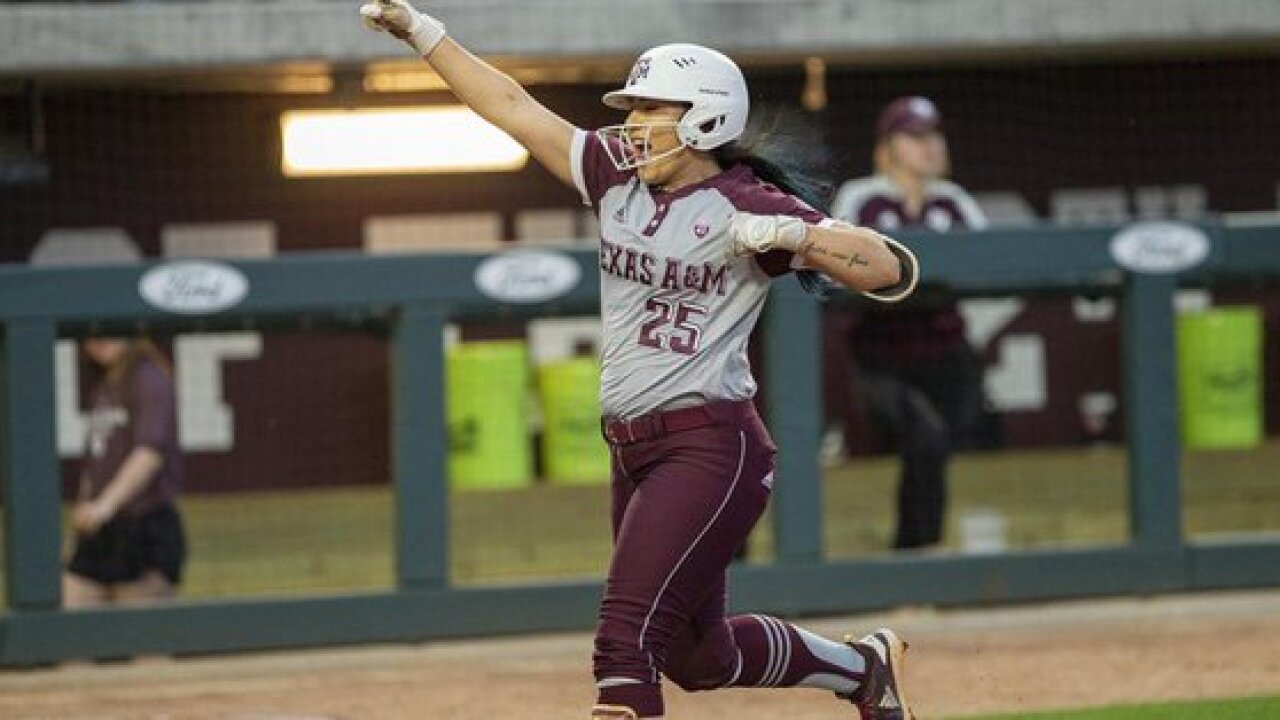 Authenticated subscribers can access Saturday and Sunday's streams through WatchESPN and the ESPN app on their computers, mobile phones, tablets, smart TVs and other connected devices

Louie Belina and Chelsea [12thman.com] Reber bring the action to radio listeners on Willy 1550 AM in the Brazos Valley and online at www.12thMan.com [12thman.com].

Texas A&M is 27-22 (5-16 SEC) on the season and coming off a series win against then-No. 18 Arkansas. The Aggies took the victory on Saturday, 3-1, behind a stellar pitching performance by Kendall Potts. The right-hander picked up her 11th win as she scattered seven hits and three walks while fanning five.

The Maroon & White closed out the series on Monday with a 4-1 win, and was led offensively by Kelbi Fortenberry. The junior matched her career-high in hits and RBI knocking in all four of the Aggies’ runs. Potts earned her second victory of the weekend, allowing seven hits on five strikeouts in 6.1 innings. Payton McBride earned her first save of the season and eighth of her career only giving up one hit and fanning one to record the final two outs of the game.

Fortenberry leads the team in SEC play with a .329 batting average and has tallied 23 hits. Freshman Baylee Klingler is batting .292 against conference foes with four home runs and 13 RBI.