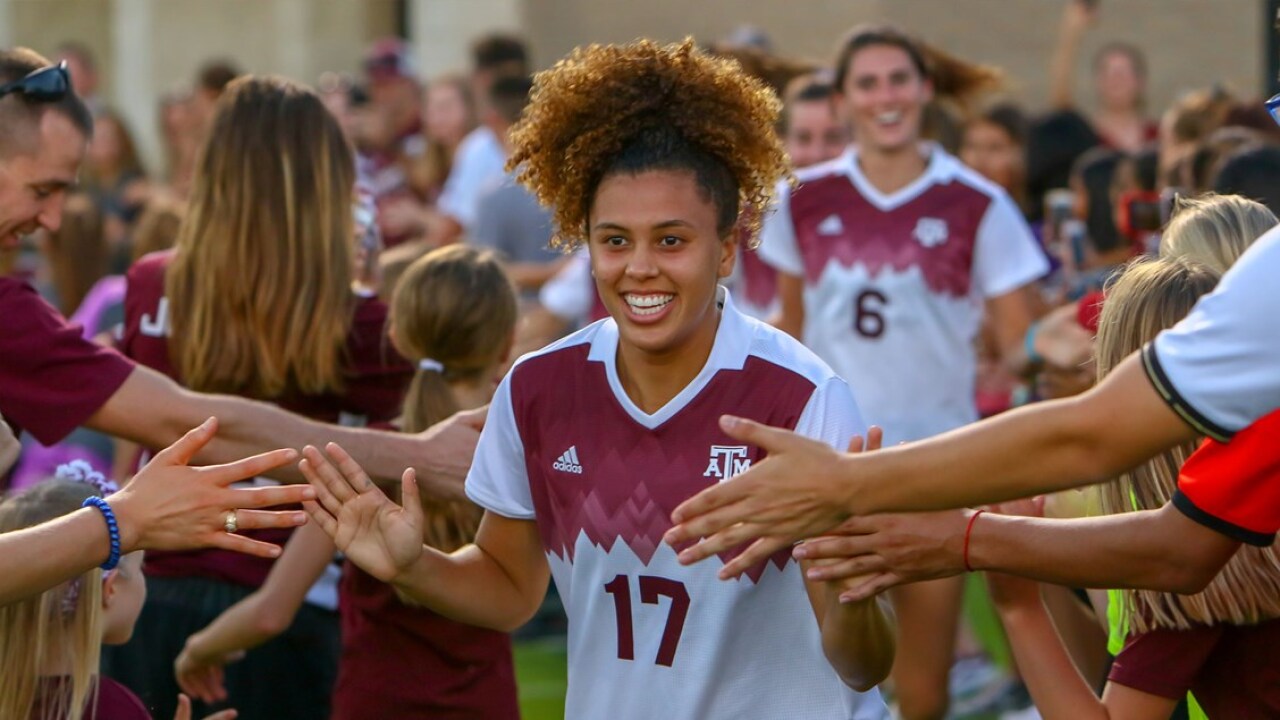 Beginning their eighth season in the SEC, it marks the second time the Aggies were tabbed as league favorites. The Maroon & White were picked for the top perch in 2013 and slotted in the No. 2 spot the six other seasons.

The coaches selected the Aggies first followed with South Carolina, Vanderbilt, Tennessee and Florida to round out the top five. Arkansas, Auburn, Ole Miss, Alabama and Missouri penciled in for the middle of the pack from 6-10. Cellar dweller status was assigned to Mississippi State, LSU, Georgia and Kentucky.

Watt was the Aggies' leading scorer last season, logging 33 points on 15 goals and three assists. McCain chipped in with 14 points on six goals and two assists.

The Maroon & White concluded their 2018 campaign with a record of 17-5-1 and a winning percentage of .761. The Aggies obtained their 24th straight appearance the NCAA Championship Tournament and advanced to the second round for their 20th consecutive season.

The Maroon & White open the 2019 campaign on August 22 as they travel to California for a match against the Santa Clara Broncos.