Aggie Men's Golf Out to Strong Start at NCAA Championships 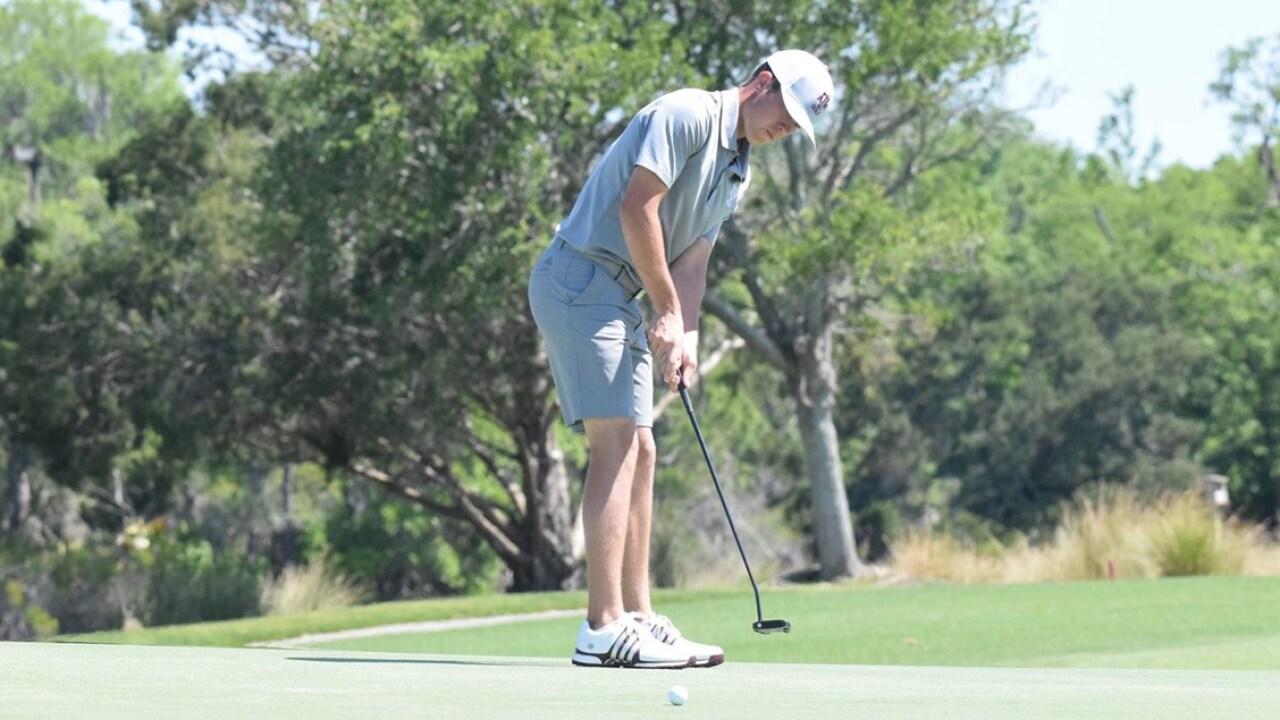 FAYETTEVILLE, AR — The Texas A&M men's golf team got out to strong start at NCAA Championships Friday morning at The Blessings Golf Club (par 72/7,550 yards). The Aggies led the morning group of golfers by one stroke and finished the day tied for fifth with Wake Forest, shooting 8-over 296. Oklahoma State led the field in round one, shooting 2-over 290.

"It was a great start for us today and I'm really proud of the way the guys played. They played with a lot of resiliency, they bounced back on some bad holes and never let anything get to them. They just kept fighting and grinding away, taking it hole by hole, shot by shot, and they did a fantastic job," said head coach J.T. Higgins. "We hope to see more of the same tomorrow, we play in the afternoon which will probably be tougher conditions so we'll have to rise to the challenge. We are in the best position we can be in right now so if we stick to the game plan things will work out."

"Walker [Lee] has been amazing the whole post season, he has taken his game to another level. He has gotten a lot more comfortable with the college game, he played with a lot of patience, a lot of poise and he's an aggressive player that attacks the golf course. He's been playing great for us."

Sophomore Walker Lee was again the leader for the Aggies, as he used three birdies on the day and limited himself to just two bogies, to shoot 1-under 71, which ties him for sixth. Freshman Sam Bennett tied for21st shooting 1-over 73, while junior Brandon Smith rounded out the top-30 finishers for A&M, tied for 29th at 2-over 74.

The Aggies will be back in action on Saturday as the first to tee off in the afternoon, beginning at 12:10 p.m. A&M is again paired with South Carolina and LSU. For updates and results, follow along here [results.golfstat.com].