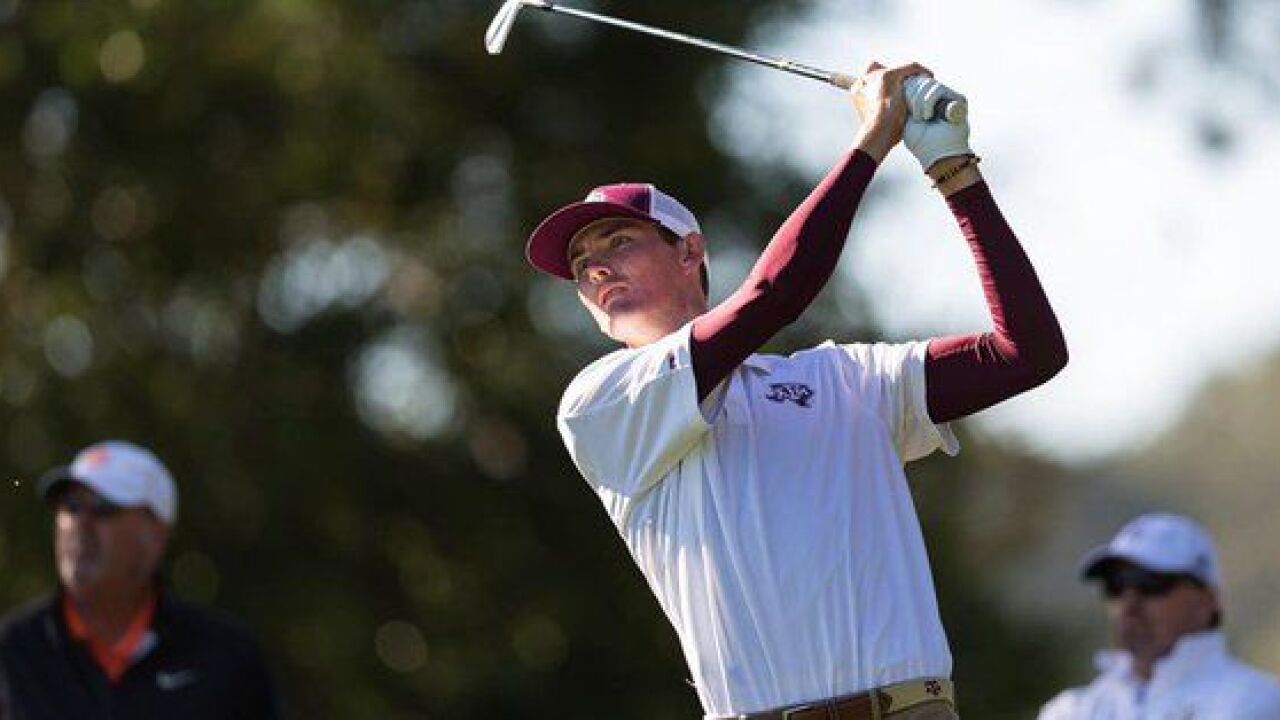 "I'm so proud of these guys, they fought so hard today," said head coach J.T. Higgins. "This never gets easier, it's the second year in a row we felt like we had them at the end and have come away empty handed. There was one point that we were down 4-0-1 on the back nine, and they just kept fighting and getting it back little by little. Dan [Erickson] fought so hard, his putt on 18 was amazing and then a hole later he had the heartbreak of missing a shorter one. He took a First Team All-American down to the wire after Sam [Bennett] and Chandler [Phillips] got wins for us. I'm just really proud of these guys, it was a great team and a great season."

Senior Chandler Phillips earned A&M's first win of the day to combat Vanderbilt's early 2-0 lead. After back-and-forth play, Phillips built on his one-hole lead and claimed holes 15 and 16 to seal the 3&2 victory. Freshman Sam Bennett quickly added another win for the Aggies as he broke a tie on 14 and played even the rest of the way to take the 1-up win.

The match came down to junior Dan Erickson, who trailed for much of the front nine but battled back down the stretch. Erickson tied the match three times on the back nine and shot even on 18 to force extra holes, but fell on 19 by a stroke.

A&M advanced to quarterfinal match play in consecutive seasons for the first time in program history, making its third match play appearance all-time. The Aggies qualified for their 32nd NCAA Championships as a team after winning the NCAA Pullman Regional, marking the third time they have won a Regional and the first time they have done so in back-to-back seasons. A&M's impressive post-season run came following its third appearance in the SEC Championships semifinals in the last four seasons, which also took extra holes to decide.

Phillips closed out a decorated collegiate career that saw him rewrite the A&M record books. He was a three-time All-SEC First Team honoree, was recently named to the PING All-Central Region Team and became just the fourth Aggie to earn First Team All-America honors, doing so as a junior. Phillips also became the first American to be selected to play in the Palmer Cup three times. Bennett was named to the PING All-Central Region and SEC All-Freshman Teams earlier in the month as he picked up two post season match play victories and earned one top-10 tournament finish in his debut season. Sophomore Walker Lee carried the Aggies in Pullman as the top finisher shooting a career best 10-under 200. He and Phillips were the only Aggies to pick up tournament victories this season.