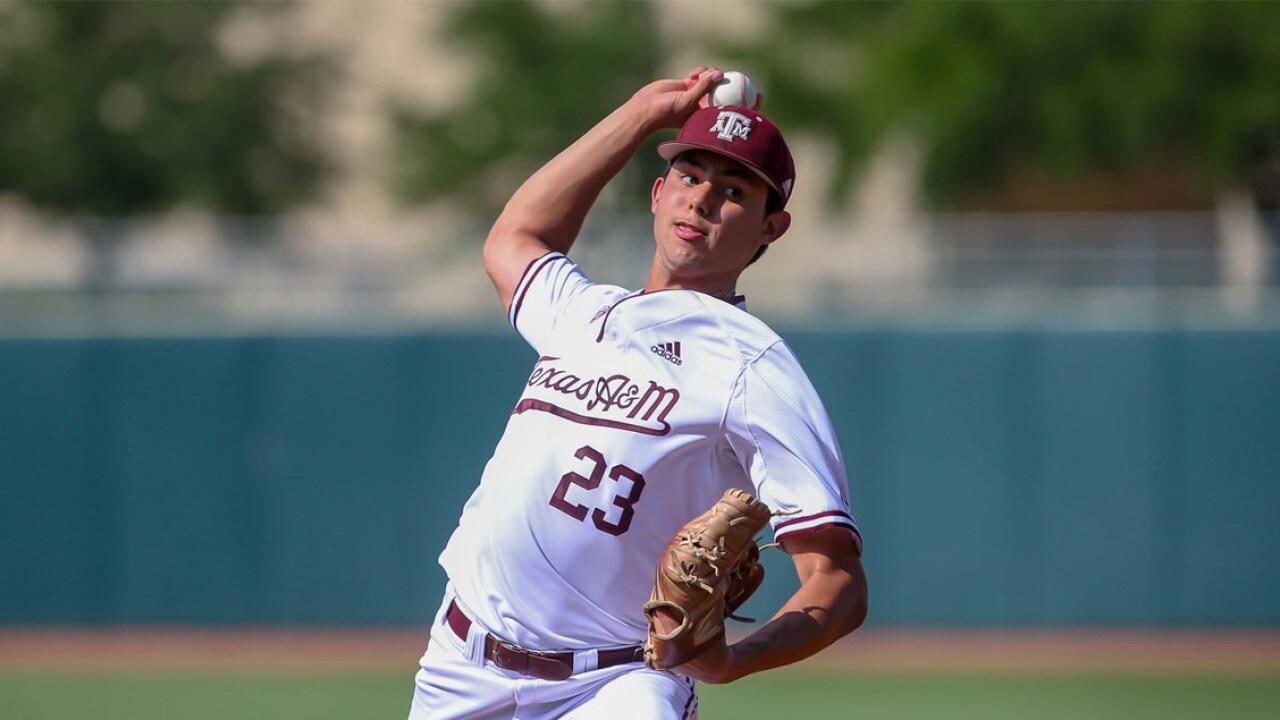 Tied at 13-13, Brandon Ashy drew a leadoff walk and advanced to third on a pair of wild pitches. Trevor Werner drew a walk to put runners on the corners. After Ben Content fanned a pair of Aggies, Corbett slapped a double down the rightfield line push Ashy across. The teams played out the remainder of the inning with Content inducing a fly ball for the third out.

The Maroon & White started strong, collecting three runs in the first inning and another in the second. The Owls answered, outscoring the Aggies 12-3 through the next seven innings. Texas A&M retaliated, packing on seven runs in the final four innings.

Cristian Roa was the standout on the mound for the Aggies, working 2.0 blank innings with three strikeouts. Evan Vanek, Will Johnston and Justin Ruble each worked scoreless frames.

Trailing, 12-7 after 10 frames, the Aggies put up three runs in the 11th inning, sparked by RBI singles by Logan Britt and Mason Corbett. Izzy Lopez knocked in the last run of the frame with a double.

Texas A&M claimed a 13-12 lead with three more runs in the 12th inning, keyed by a two-run double by Cole Taylor and an RBI single by Werner.

Rice tied the game in the top of the 14th with an RBI single by Eric Benitez, but the Aggies responded with a run of their own in their final raps.

UP NEXT
Texas A&M heads to Huntsville to face Sam Houston State on Friday, October 25 at 5 p.m.