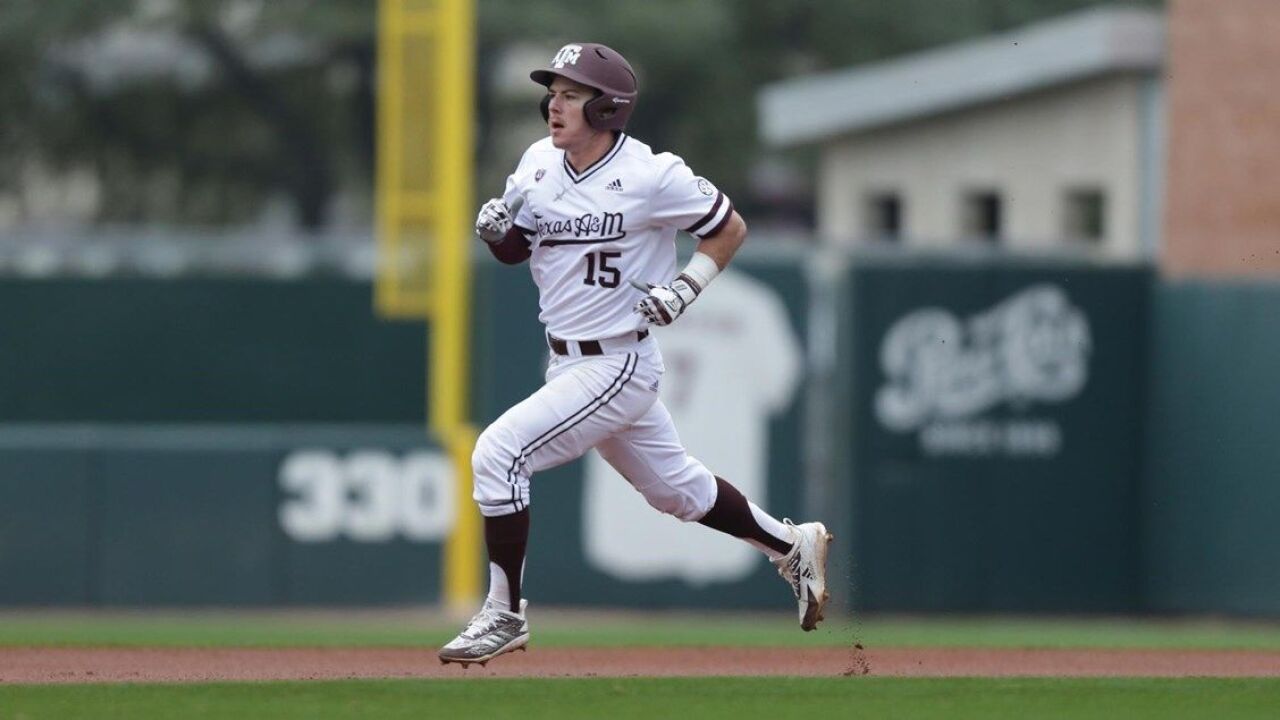 COLLEGE STATION, TX — The No. 18 Texas A&M Aggies wrap up their regular-season road slate with a three-game series against the Alabama Crimson Tide starting Friday at Sewell-Thomas Stadium.

Game times for the three-day series are slated for 6:02, 2:02 and 2:02 p.m. Sunday’s game airs on the SEC Network. Matt Schick will handle play-by-play while Todd Walker provides color. Every game of the series is available for viewing on SEC Network +. SEC Network + provides digital-only events to SEC Network subscribers through WatchESPN and the ESPN app on smartphones, computers, tablets and connected devices (Amazon Fire TV and Fire TV Stick, Apple TV, Chromecast, Roku, Xbox 360 and Xbox One). All three games will air on the radio locally. In the Brazos Valley, the games can be heard on SportsRadio 1150 and/or 93.7 The Zone with Dave South on the call.

The Texas A&M pitching staff is on pace to threaten the school record for strikeouts in 2019. With 525 strikeouts through 50 games, the Maroon & White are on pace to hang 588 Ks through the 56-game regular-season schedule. The school record for strikeouts in a season is 612 set by the 2010 squad, the only season the Aggies have ever reached the 600-K mark. With a sufficient run at the SEC Tournament and NCAA Championship, the Aggies could flirt with becoming just the second SEC team to post 700 strikeouts in a season, potentially joining Vanderbilt’s 2015 squad that recorded 703 strikeouts.

With his next save, Kalich will move into a tie with Scott Centala (11 - 1988) for fourth place on the Texas A&M’s single-season saves chart. He is chasing the school record of 14 set by Jason Jester in 2013 and equaled by Nolan Hoffman in 2018.

Braden Shewmake enters the game in eighth place on the Aggies’ career RBI list. With 155 career ribbies, he needs two to tie Luke Anders (157 - 2006-09) for seventh place. Shewmake also moved into a tie for 10th place on Texas A&M’s career triples list with 10.