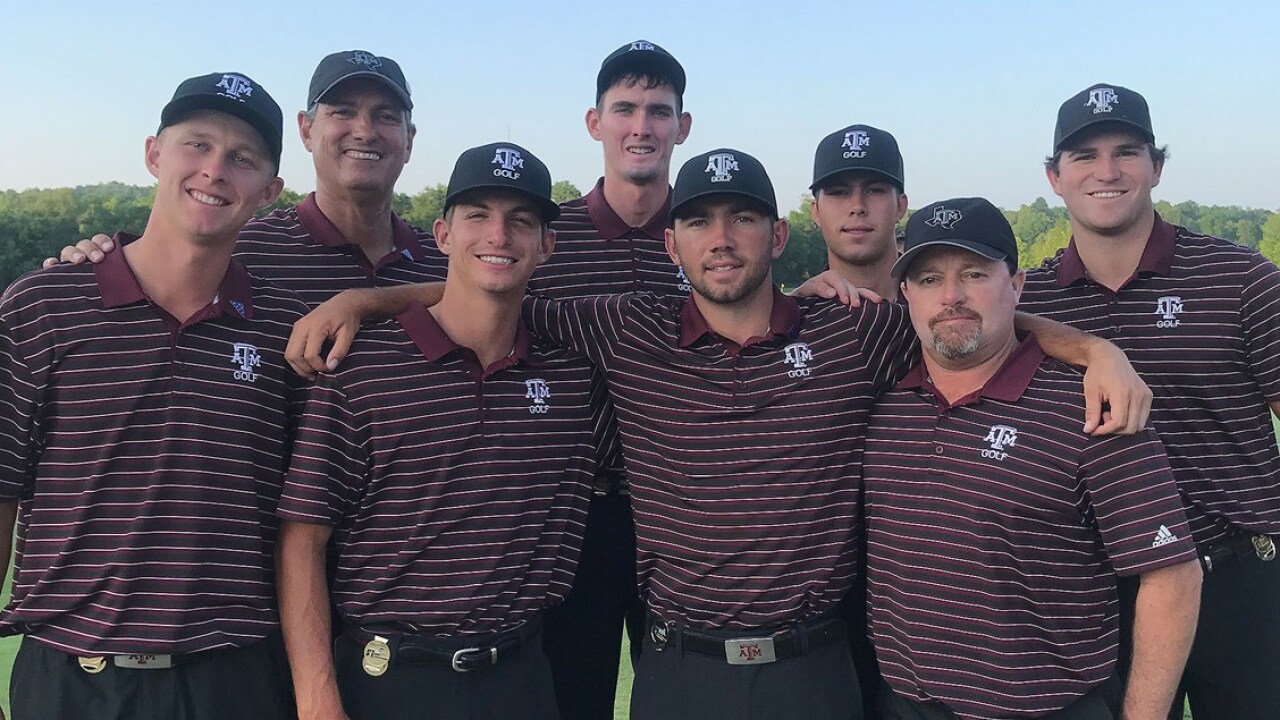 FAYETTEVILLE, AR — After winning back-to-back NCAA Regionals for the first time in program history, the Texas A&M men's golf team earned another first as it advanced to quarterfinal match play at NCAA Championships in consecutive seasons with a seventh-place finish Monday afternoon. The Aggies wrapped up the fourth round of stroke play at The Blessings Golf Club (par 72/7,550 yards) shooting 40-over 1,192 through four rounds (296-287-301-308), making the eight-team cut to qualify for match play for just the third time in program history. Oklahoma State, the only team to finish under par, led the stroke play field shooting 16-under 1,136.

"Fortunately we got out to a great start. I've never seen us play like that going in, giving up so many shots, but we were lucky to have a good enough cushion and were able to hold on to get in to match play," said head coach J.T. Higgins. "This was the goal all along. We are playing tomorrow and I'm ecstatic. We are going to see if we can't finish a little bit better tomorrow and keep on playing. The guys are excited and really looking forward to it. Chandler [Phillips] was our low-man all day, he did a fantastic job keeping it together. Everyone else was struggling a little bit, as a group this was our worst day, but the whole idea is to survive and advance. It's a qualifier and now everyone starts fresh. It doesn't matter what you did to get here, you're here now and it's a new game."

The Aggies will face SEC-foe Vanderbilt, which finished second after shooting 15-over 1,167 in stroke play. Will Gordon and Patrick Martin led the Commodores as they were tied with Phillips in 19th.

"We know Vanderbilt really well, we played match play against each other in the SEC Championships a couple years ago," said Higgins. "They are a great team, well coached and a very talented group. We are going to have to play some great golf against them but we are capable of giving them everything they can handle, so it should be a great match."

The two teams will be the first on the course Tuesday, teeing off at 7 a.m. For updates and results follow the Aggies in match play here [results.golfstat.com].