Rangers will retire Michael Young’s No. 10 jersey in August 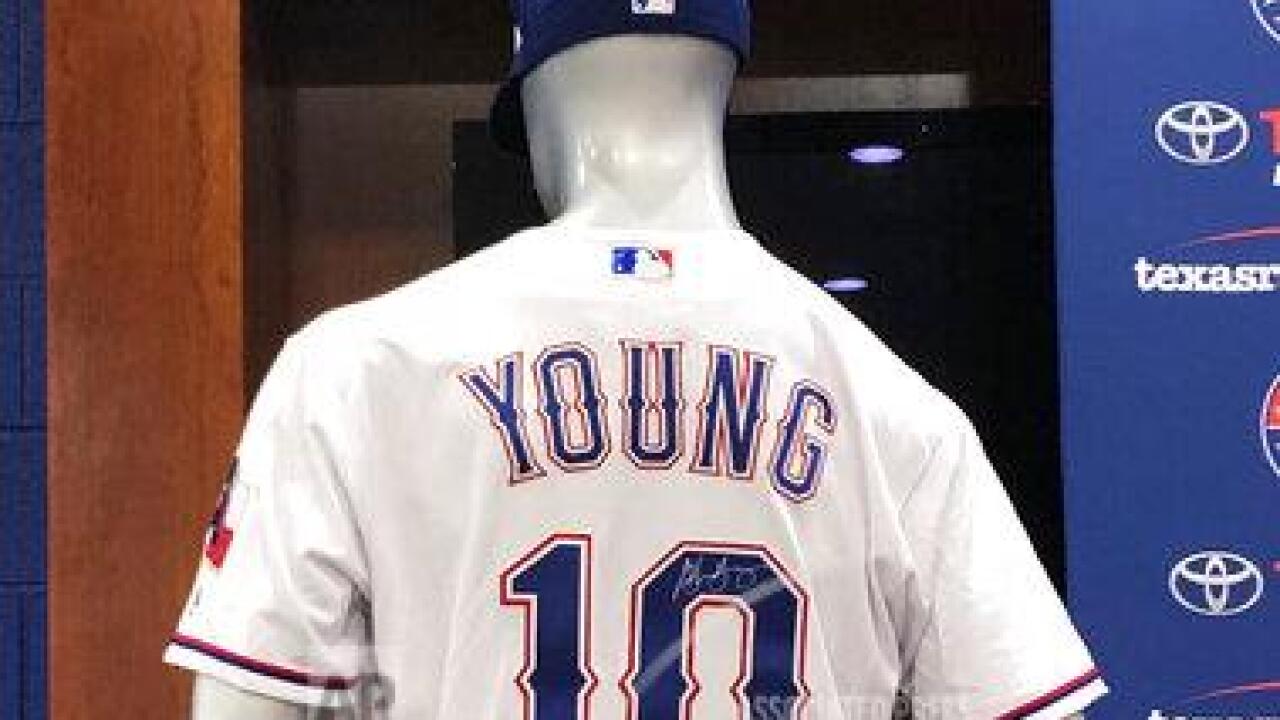 Young will be the fifth Ranger to have his number retired by the club, and the second this season.

Texas announced the honor for Young on Tuesday, only 10 days after former third baseman Adrian Beltre’s No. 29 number was retired. Young’s ceremony will be Aug. 31 before a game against Seattle.

Young is the franchise’s career leader with 1,823 games played. He also holds team records with his 2,230 hits, 1,085 runs scored, 415 doubles and 55 triples. He played his first 13 major league seasons (2000-12) in Texas, then split 2013 between Philadelphia and the Los Angeles Dodgers before retiring after that season.

He started at all four infield positions for Texas, and was a Gold Glove shortstop in 2008.