Phillips, A&M Atop Leaderboard Through Round One at Regional 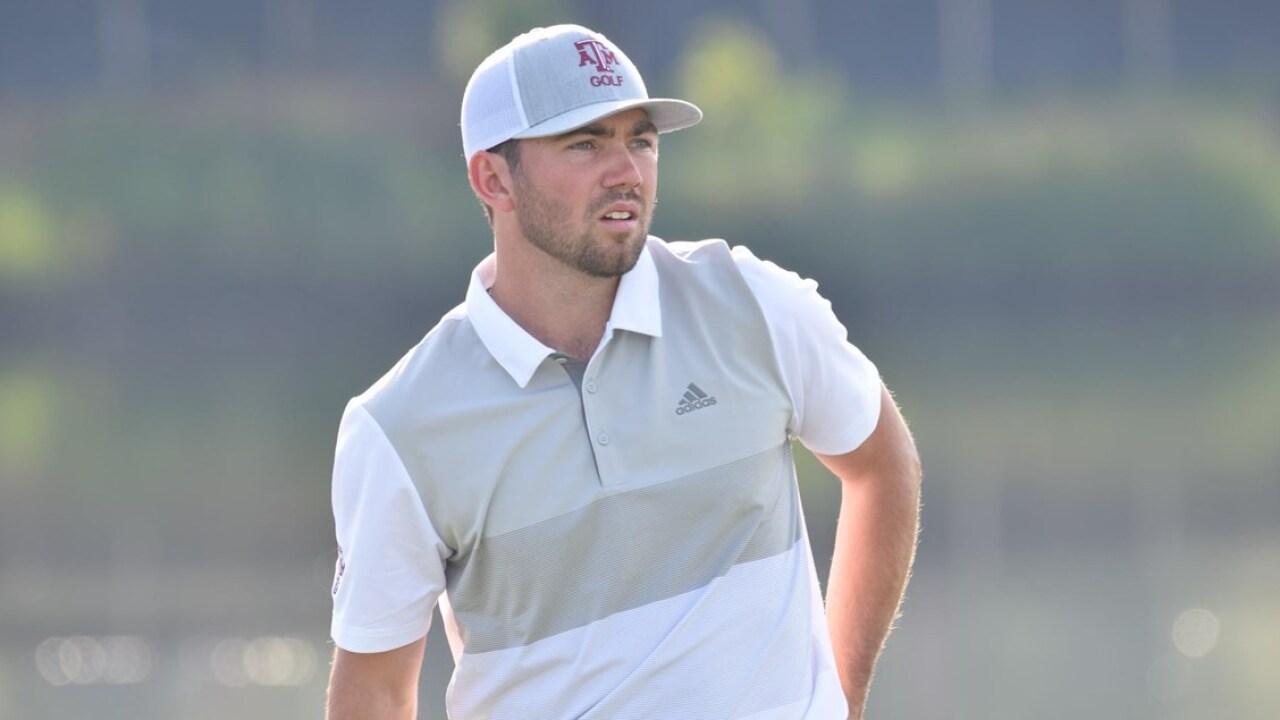 PULLMAN, WA — The Texas A&M men's golf team dominated the opening day of play at the NCAA Pullman Regional as the Aggies sit atop the leaderboard after the first round. A&M shot 11-under 269 on its first day at the Palouse Ridge Golf Club (par 70/7,232), while top-seeded Oklahoma is one stroke back on the Aggies. Leading the team is senior Chandler Phillips, who is in a three-way tie for first with Oklahoma's Garett Reband and BYU's Carson Lundell, shooting 6-under in round one.

"I am very pleased with how today went. There wasn't much wind, we were able to attack the golf course and the guys did a great job top to bottom," said head coach J.T. Higgins. "Everyone put the ball in play off the tee pretty well and we gave ourselves a lot of birdie looks. We only had six bogies and two doubles, and we made enough birdies and had a couple eagles to put a good score on the board. We did a really good job of being patient and sticking to the game plan. Chandler Phillips was phenomenal today, I'm really pleased with him and Walker [Lee] was bogie free. Overall everyone did a great job, all five guys were in it and that makes it easier to shoot a good score as a team. We are looking forward to tomorrow and getting after it again."

Phillips got out to a strong start as he birdied four times through his first nine holes. An eagle on two and birdies on five and eight helped Phillips close out strong and remain in the lead. His opening round score of 64 is the lowest single-round score for an A&M player in NCAA Regional play and matches the second-lowest of his career.

Sophomore Walker Lee also had an impressive first day at Regionals. After taking the turn at 1-under, he eagled on two and played even the rest of the way to tie for ninth, shooting 3-under 67 in the opening round. Junior Brandon Smith and freshman Sam Bennett added top-25 finishes for the Aggies as both tied for 24th, shooting 1-under 69.

A&M will be back in action at Regionals on Tuesday morning, teeing off with Oklahoma and Georgia Tech at 9:30 a.m. CT. For updates and results, follow along here [results.golfstat.com].