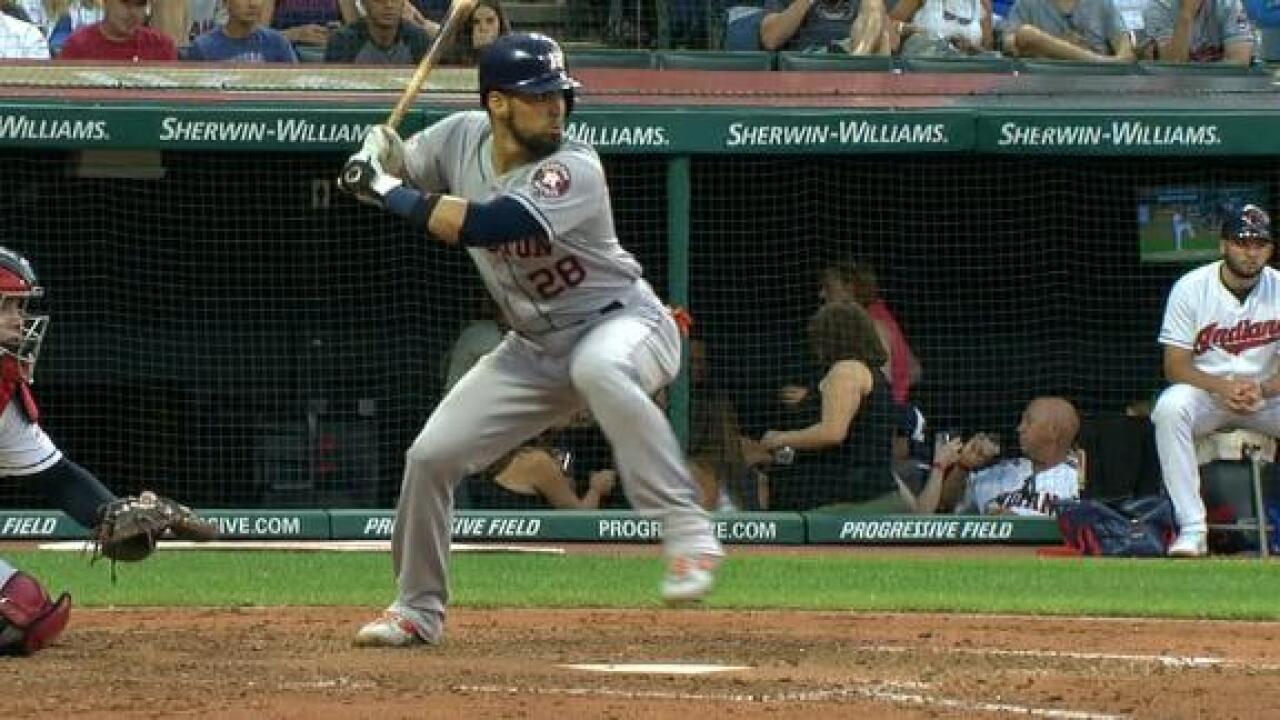 CLEVELAND (AP) — Justin Verlander struck out 13 to reach double figures for the third straight start and sixth time this season, leading the Houston Astros over the Cleveland Indians 2-0 on Tuesday night.

In a matchup of All-Stars, Verlander (14-4) outpitched Shane Bieber and won his fourth consecutive start, tying Washington's Stephen Strasburg for the major league lead in wins. Verlander allowed two hits in seven innings and walked none for the sixth time in 23 starts this year.

He allowed one runner to reach second. Cleveland's only hits were singles by Roberto Pérez leading off the third and Greg Allen starting the sixth.

Cleveland, the AL wild card leader, struck out 15 times. Will Harris fanned two in a perfect eighth and Roberto Osuna followed with a 1-2-3 ninth for his 24th save in 28 chances.

Houston, the AL West leader, won its third straight. Verlander and Gerrit Cole top the rotation but the Astros have been seeking help for the back end ahead of Wednesday's trade deadline.

Bieber (10-4) gave up two runs and nine hits in seven innings with eight strikeouts and one walk. He had been 4-0 in six starts since losing at Texas on June 20.

Verlander started the July 9 All-Star Game in Cleveland and Bieber was the MVP. He had been 9-16 with a 5.56 ERA in 28 career starts at Cleveland coming in.

Robinson Chirinos hit a go-ahead homer in the two-run fifth.

Michael Brantley appearing in a regular season game in Cleveland for the first time since signing with Houston in December, had an RBI single in the fifth. Brantley, who played for the Indians from 2009-18, was voted an All-Star starter.

Astros: RHP Brad Peacock (shoulder discomfort) is scheduled for a bullpen session Wednesday. He has been on the IL since June 28.

Indians: RHP Danny Salazar, who hasn't appeared in a major league game since 2017, is to be activated from the IL to start Thursday. An All-Star team in 2016, Salazar is returning from shoulder surgery last July. He likely will throw 50-60 pitches and then be relieved by RHP Adam Plutko.