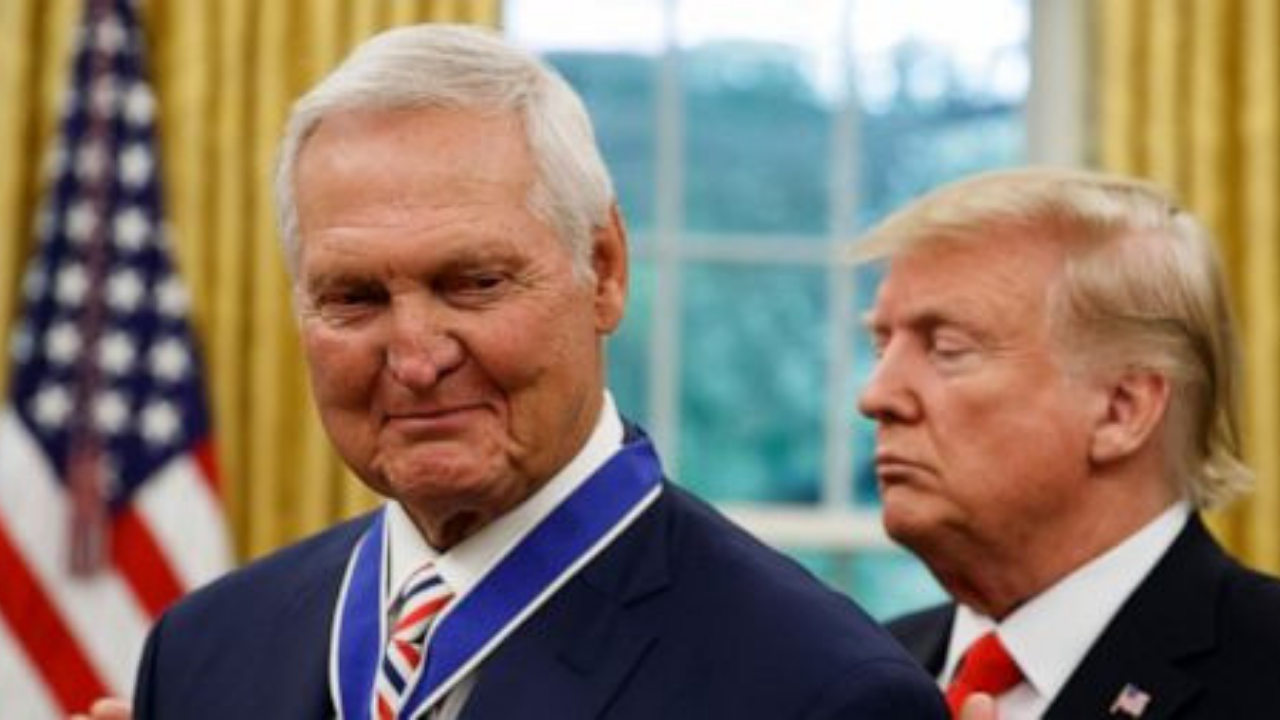 Trump has awarded the Presidential Medal of Freedom to pro basketball great Jerry West, formerly of the Los Angeles Lakers, during a White House ceremony.

Trump says West "richly deserved" the medal for his years as a player, general manager and supporter of the nation's war veterans.

The 81-year-old West noted his humble beginnings growing up in West Virginia and where sports has taken him, saying "it never ceases to amaze me the places you can go in this world chasing a basketball."