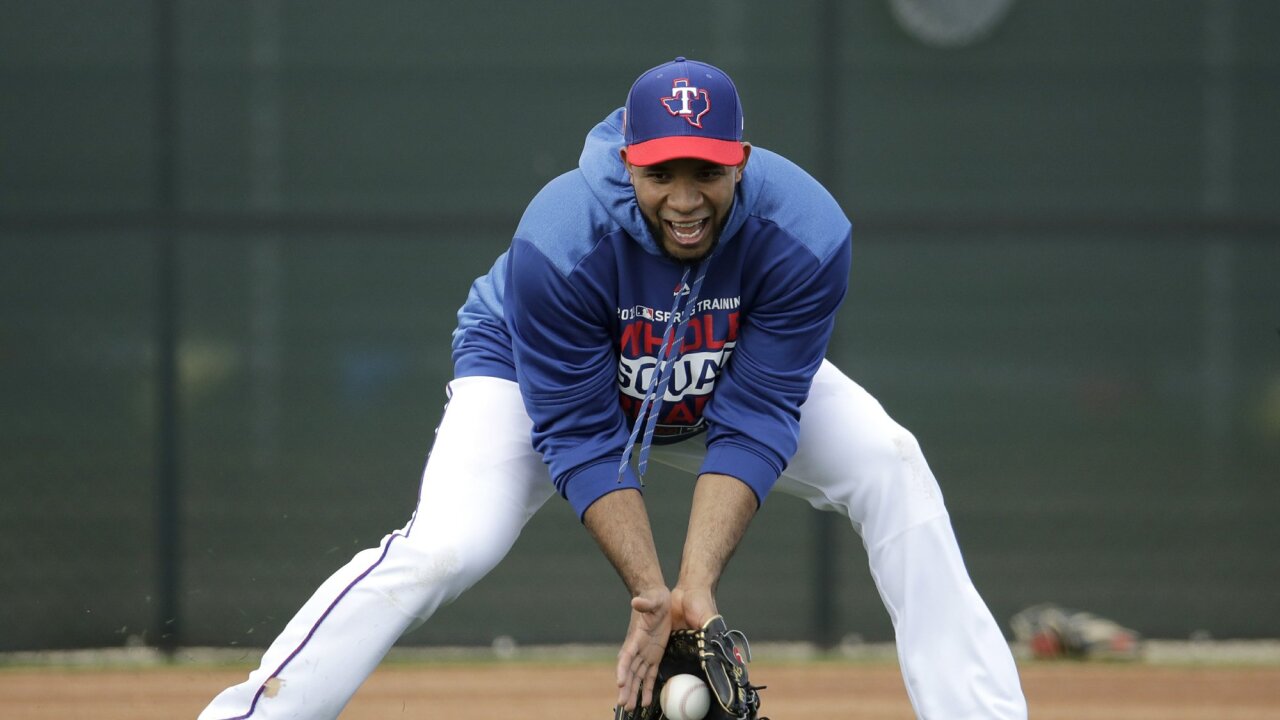 Elvis Andrus walked up to "Baby Shark" for his son 😍 (via @FOXSportsSW)pic.twitter.com/wNu9FzyqUB

"I don't see how that can't be great," the announcer said on the broadcast. "People are gonna love that."

Fox Sports Southwest sideline reporter Emily Jones said she spoke to Andrus in the dugout later in the game and he told her with a giant smile, "It's my boy's favorite song."

According to ESPN, the 30-year-old announced earlier this week that he would try out the catchy kids song and see how it played with fans.

The tune hit all the right notes for Andrus against the Chicago Cubs on Thursday. The shortstop had three hits, including a home run, in his first three at-bats of the season.