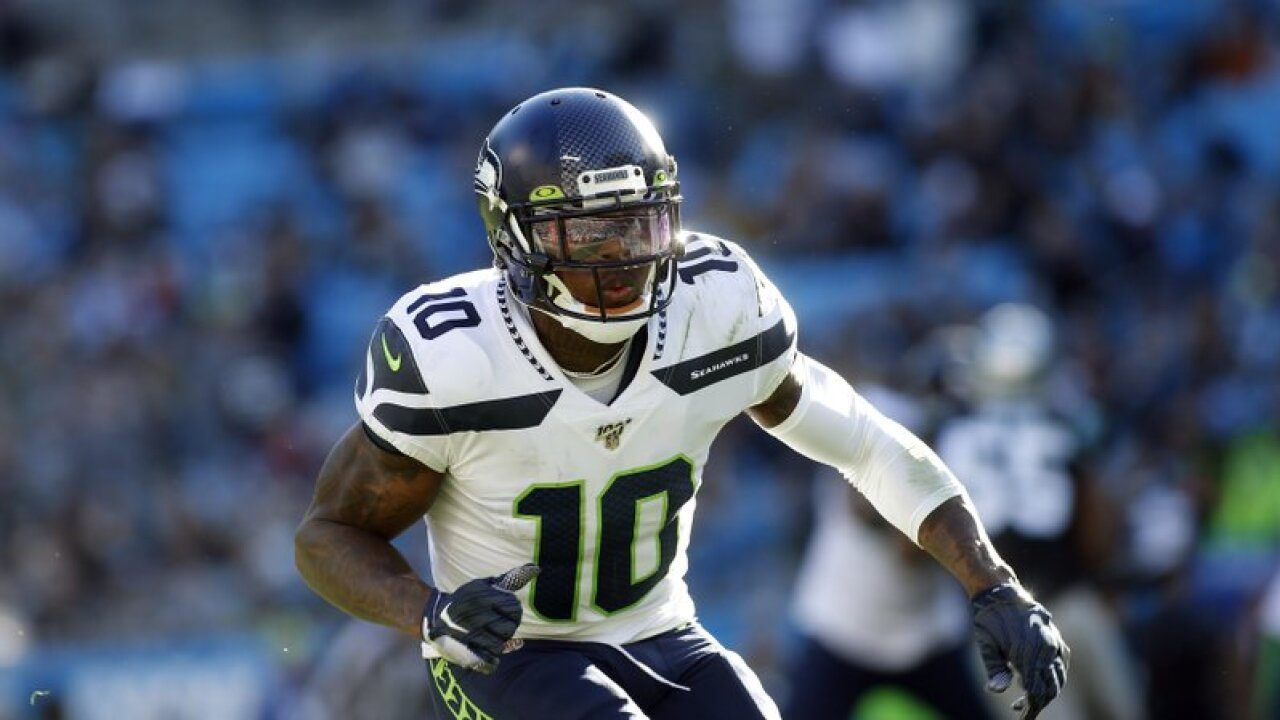 (AP Photo/Brian Blanco)
In this Dec. 15, 2019 photo Seattle Seahawks wide receiver Josh Gordon (10) sets up against the Carolina Panthers during the second half of an NFL football game in Charlotte, N.C. The NFL has suspended indefinitely Josh Gordon for violating league policies on performance enhancers. Gordon was reinstated by the NFL in August after having been suspended indefinitely in December 2018, missing the final three games of last season for violations of the league&#39;s substance abuse policy. (AP Photo/Brian Blanco)

RENTON, Wash. (AP) — The troubles that have followed Josh Gordon throughout his career continued Monday as the Seahawks wide receiver and former Baylor Bear was suspended indefinitely by the NFL for violating league policies on performance enhancers and substances of abuse.

Gordon was reinstated by the NFL in August after having been suspended indefinitely in December 2018, missing the final three games of last season for violations of the league’s substance abuse policy.

Gordon signed with New England and was among the leading receivers for the Patriots with 20 catches for 287 yards and a touchdown through six games. But he was placed on injured reserve with knee and ankle injuries and was released in late October.

Seattle stepped in and claimed the oft-troubled receiver off waivers. His first game came in Week 10 against San Francisco when Gordon made a pair of key catches late in Seattle’s 27-24 overtime win. Gordon had seven receptions over five games with the Seahawks. All seven seemed to have significance, including his 58-yard catch in Sunday’s win over Carolina.

Gordon’s brief stint with Seattle likely finished with 11 targets, 139 yards receiving and one incomplete pass attempt on a trick play against the Panthers.

Gordon spoke last week with reverence about being given another chance by Seattle and the culture he stepped into with the Seahawks. He said it was a “great transition,” from his release in New England to being quickly added into the fold by the Seahawks.

“I think I’m fortunate in general to have landed in a place like this with coaches like this,” Gordon said. “The coaching staff, the organization from the top down, the guys, it’s real family-like. It’s real close, real tight-knit, real energetic group and real competitive. They love the game of football. You can see it and it’s a great feeling to come back to football and enjoy what you do and then be able to have fun with it.”

A 2012 second-round draft pick by the Cleveland Browns, Gordon was also suspended for the first two games of the 2013 season for a substance abuse policy violation but still caught 87 passes for nine touchdowns and a league-leading 1,646 yards and was voted to the All-Pro team.

He has been in and out of the league since, was released by New England earlier this season and signed with Seattle in November.

This is the eighth time in his career Gordon has been suspended by the league or by his team.