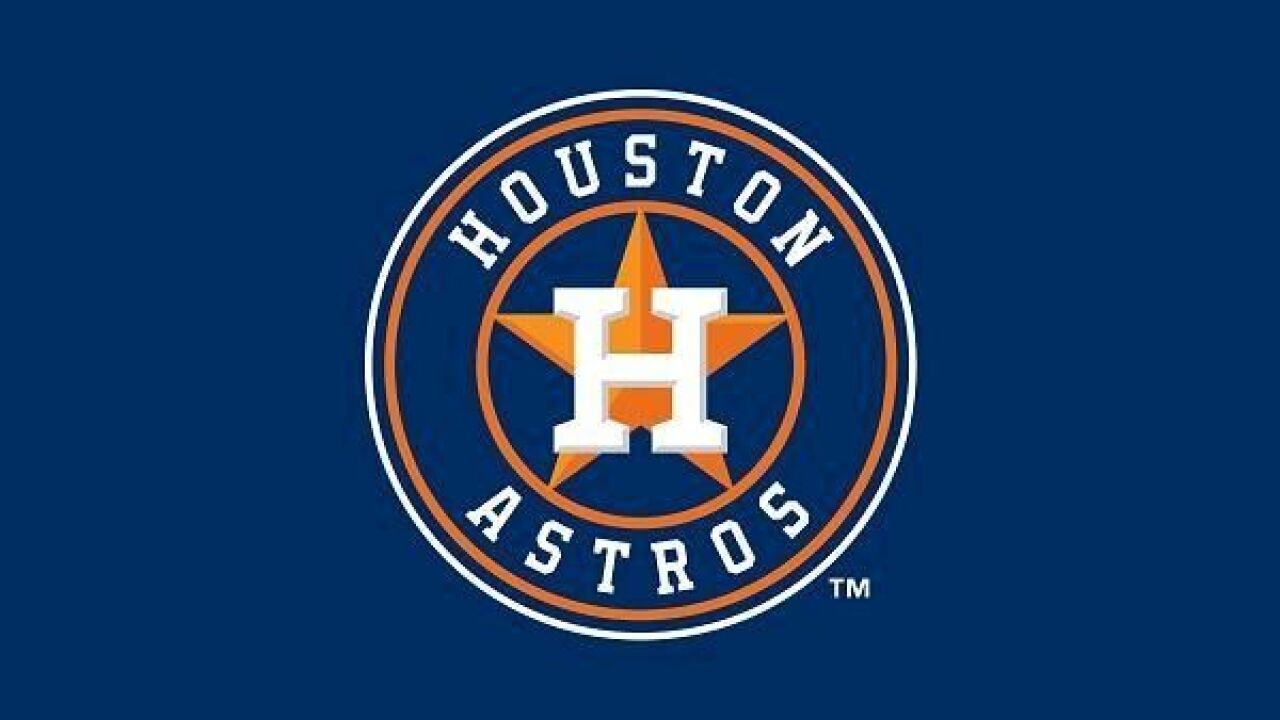 Major League Baseball has expanded its investigation into the Houston Astros after The Athletic website reported the team stole signs during home games in 2017 by using a camera positioned in center field.

The report Tuesday quoted pitcher Mike Fiers, who played for the Astros that season, and three other unidentified people with the club. The Astros won the World Series that year — two sources told The Athletic that Houston used the system into the playoffs while another source said it ended before the postseason.

The website said the process was started by a struggling hitter and a coach, neither of whom was identified. The camera at Minute Maid Park was connected to a television monitor in the tunnel between the Astros' dugout and clubhouse, The Athletic said, and team employees or players would communicate expected pitches by banging a trash can to signal off-speed pitches.

"I just want the game to be cleaned up a little bit because there are guys who are losing their jobs because they're going in there not knowing," Fiers told the website.

The Astros said in a statement the team "has begun an investigation in cooperation with Major League Baseball" and declined additional comment.

MLB strengthened its rules against sign stealing before the 2019 season, instituting procedures attempting to ensure teams did not use video to steal signs.

"After we review this new information we will determine any necessary next steps," MLB said in a statement.

MLB already is investigating the Astros. Assistant general manager Brandon Taubman was fired for directing inappropriate comments at female reporters during a clubhouse celebration after the team beat the New York Yankees to win the AL pennant on Oct. 19. The team issued and then retracted a statement accusing a Sports Illustrated reporter of trying to "fabricate a story." Taubman was fired by the Astros on Oct. 24.