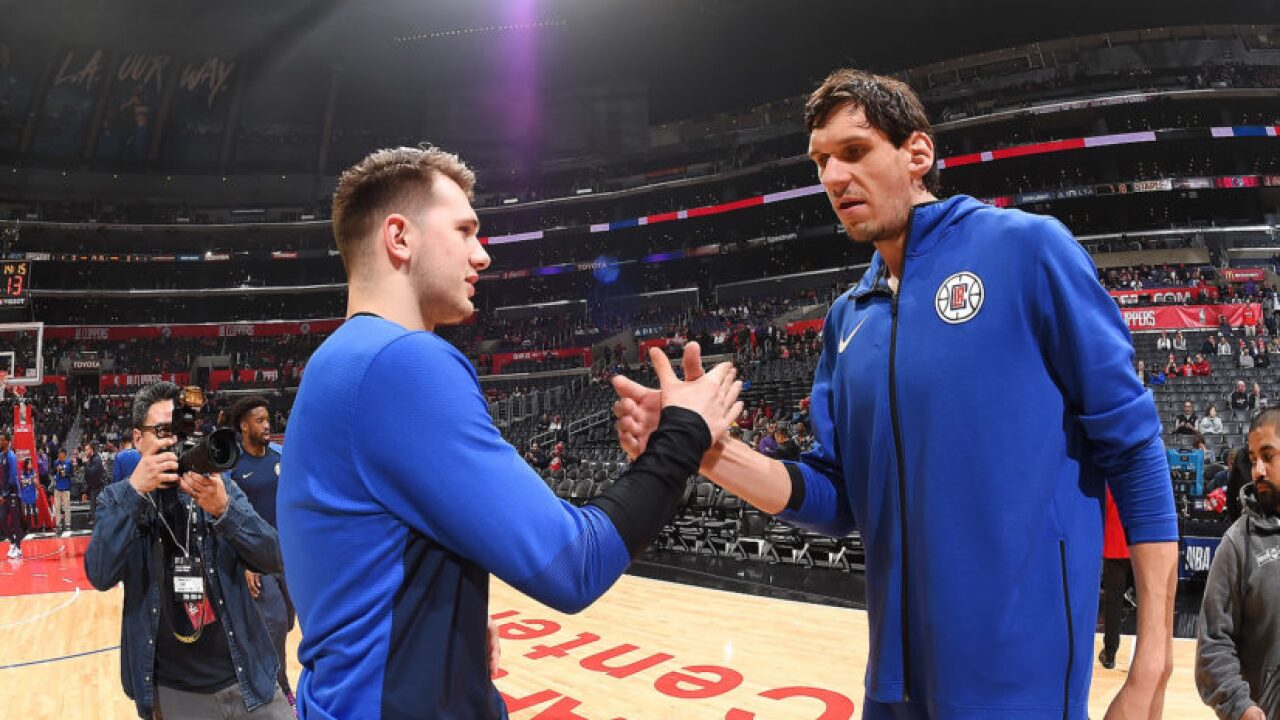 Andrew D. Bernstein/NBAE/Getty Images
LOS ANGELES, CA - DECEMBER 20: Luka Doncic #77 of the Dallas Mavericks and Boban Marjanovic #51 of the LA Clippers exchange handshakes prior to the game on December 20, 2018 at STAPLES Center in Los Angeles, California. NOTE TO USER: User expressly acknowledges and agrees that, by downloading and/or using this Photograph, user is consenting to the terms and conditions of the Getty Images License Agreement. Mandatory Copyright Notice: Copyright 2018 NBAE (Photo by Andrew D. Bernstein/NBAE via Getty Images)

DALLAS (AP) — The Dallas Mavericks have signed free agent Boban Marjanovic, bringing the 7-foot-3 center back to Texas three years after he spent his rookie season with the rival San Antonio Spurs.

Marjanovic was sent to Philadelphia from the Los Angeles Clippers before the trading deadline last season and averaged a career-high 8.1 points along with 5.1 rebounds in 22 regular-season games before helping the 76ers reach the second round of the playoffs. Philadelphia lost to eventual champion Toronto in seven games.

In four seasons, the 30-year-old Serbian has averaged 6.2 points and 3.9 rebounds. Marjanovic began his second season with Detroit and went to the Clippers in the blockbuster trade that sent Blake Griffin to the Pistons.

Marjanovic played professionally in Serbia, Russia and Lithuania before coming to the NBA. He will be one of two 7-3 Europeans with the Mavericks alongside Kristaps Porzingis of Latvia.