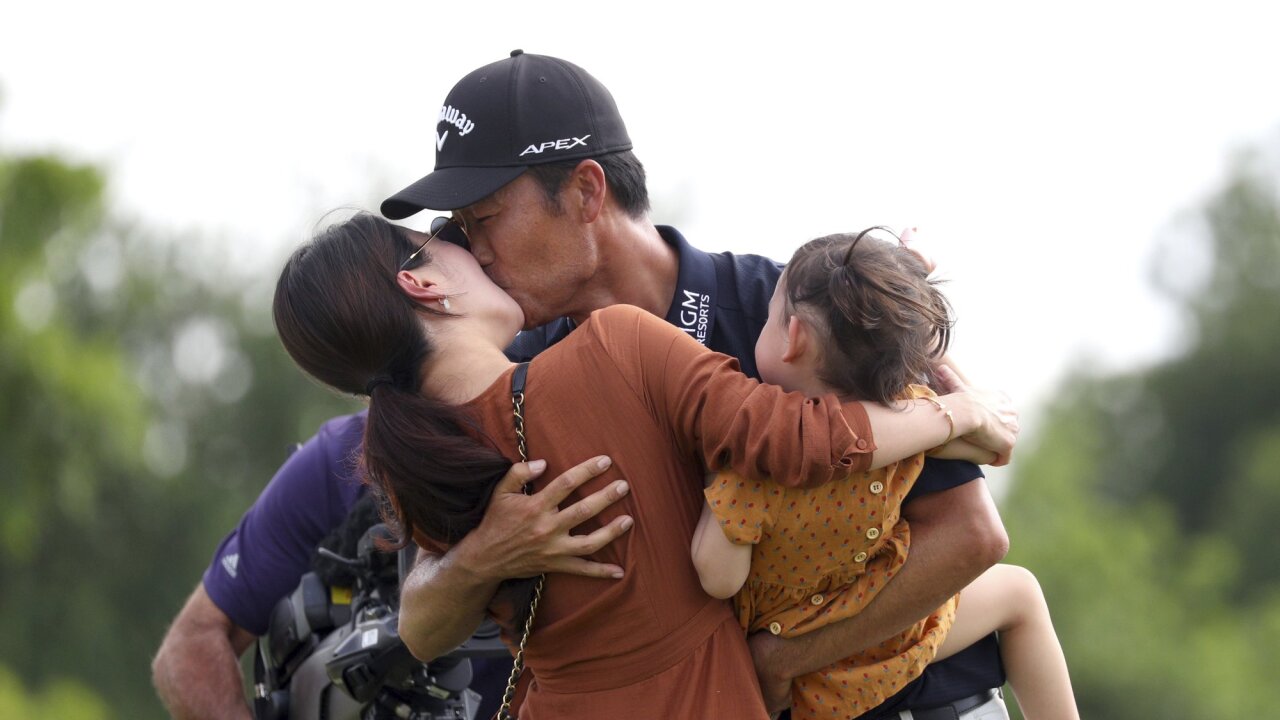 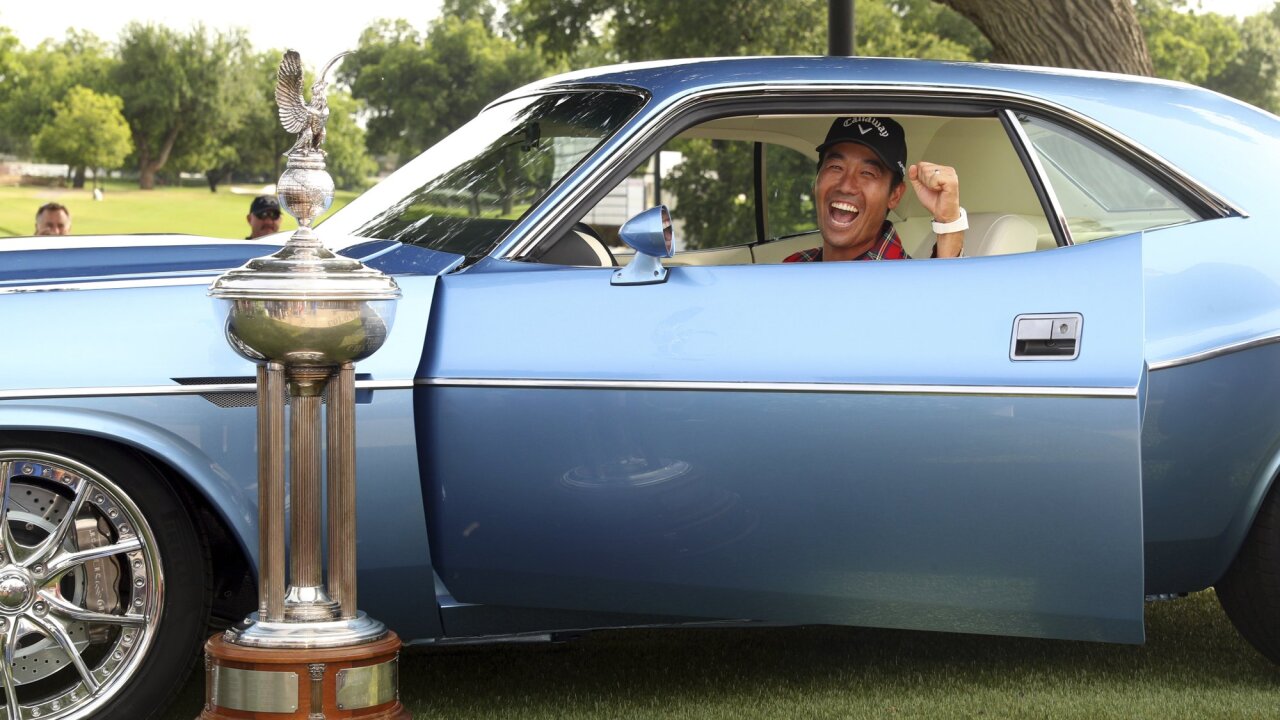 FORT WORTH, TX (AP) — Kevin Na always believed he could win at Colonial, so he paused to visualize his name on the wall of champions at the first tee before making another run at it.

The South Korean-born American will get to read his name on that wall next year.

Na birdied four of the first eight holes and shot a 4-under 66 for a four-shot victory over Tony Finau on Sunday on the cozy course made famous by Ben Hogan, securing his third career PGA Tour win and second in 10 months.

“On the first tee, I saw that wall, looked at the names, right below Justin Rose,” Na said, referring to the defending champion. “And in my head, I engraved my name on it. I was just trying to visualize success before I teed off.”

Na opened with a two-shot lead and was in front by at least that many for the final 16 holes after putting his second shot inside 5 feet for birdie at the par-4 second. Na finished 13 under after a bow-tying birdie at 18.

The win came after Na put himself in contention with a second-round 62, one off the Colonial record. That low round was a year after tying that course-record 61 in the final round to finish fourth.

Na, who has made 10 cuts in 11 Colonial appearances since withdrawing in the first round of his debut in 2004, had three scores of 62 or better in a span of six rounds. Then he added a pair of solid scores that were more than enough to keep anybody from getting close.

“They say this is a golf course that I’ve had the most leads in a tournament,” said Na, who pulled away despite opening with a pedestrian par 70 in difficult conditions. “So it tells you how much I like this place and how well I’ve played here.”

Local favorite Jordan Spieth’s strong putting disappeared in a 2-over 72 as the Dallas native finished eight shots back to remain without a victory since his third major title at the 2017 British Open.

Finau briefly was within a shot of Na early in the round, and the first-round leader was two back when Na birdied 14 about the same time Finau had a bogey at 16 to push the lead to four. Finau, looking for his second career win three years after his first, closed with a 68.

“He wasn’t letting up, so I knew I was going to have to make three or four birdies coming in,” Finau said. “I gave myself the looks to do it. Just wasn’t able to make it happen.”

It’s the first time since 2002-03 that consecutive Colonials were decided by more than one stroke. Rose, who won by three in 2018 and was the highest-ranked player in the field at No. 3 this year, had his third score of par or worse, shooting 70 to finish 5 over.

Spieth made three putts from beyond 40 feet in the same tournament for the first time in his career — all in the first two rounds. But after making at least 127 feet of putts in each of the first three rounds, Spieth had just 46 — about a third of them on his only birdie at 18.

“The hole just started to look a little smaller today,” Spieth said after a top-10 finish that followed his first top 20 of the season, a tie for third at the PGA Championship. “That can happen on random days.”

Na missed the cut by a stroke at the PGA, played on a course where he freely admits he has little chance to win, Bethpage Black.

Almost immediately, he started thinking of Colonial, much shorter with a reputation as a shot maker’s course rather than a long-hitting haven. And that led to a conversation with caddie Kenny Harms.

“I said, ‘You know what? If taking the weekend off gets me rested for a golf course that I have a chance to win at and I know that I can win at, things happen for a reason,’” Na said.

And the victory came after another conversation with Harms, during a Colonial practice round. The caddie asked if he could have the refurbished 1973 Dodge Challenger that went to the winnerin the first Colonial with a new sponsor, now called the Charles Schwab Challenge.

“He knows I was thinking about it,” Na said. “I mean, looks like a beautiful car, but little did I know how much that car was worth.”

Then Na tapped the Colonial trophy sitting on a table to his right.

“I’m more than happy to give it to him,” Na said. “I got something cooler right here.”