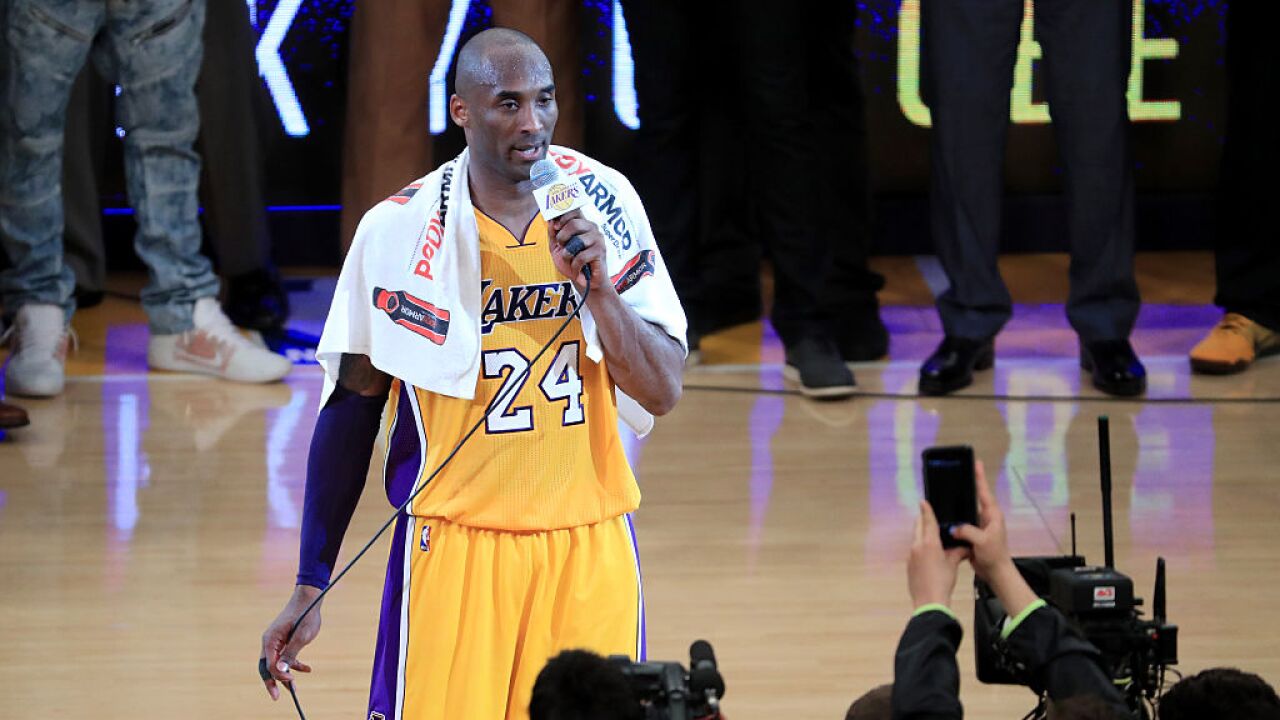 2016: Bryant announced the 2015-2016 season would be his last, and he retired in style. With the Lakers eliminated from the playoffs, Bryant said goodbye to the Staples Center crowd with a dominating 60-point performance. Bryant finishes third on the all-time NBA scoring list. Fellow Laker LeBron James would pass Bryant on the scoring list just days before his death.

ESPN will re-air the final NBA game of Kobe Bryant's career Monday evening in memory of the late basketball legend.

In that April 13, 2016, game at the Staples Center against the Utah Jazz, Bryant scored 60 points.

Bryant's game will air on ESPN Monday, Jan. 27, at 9 p.m. ET. The previously scheduled Big Monday matchup between Kansas and Oklahoma State will move to ESPN2.

Bryant and his 13-year-old daughter Gianna were among nine people who died Sunday morning after their helicopter went down about 30 miles northwest of downtown Los Angeles.

The five-time NBA champion spent his entire 20-year career with the Lakers and was the league's No. 3 all-time scorer and remained there until Lakers forward LeBron James passed him on Saturday. Bryant was the league MVP in 2008, captured two scoring titles and earned 12 selections to the NBA's All-Defensive teams.

The Associated Press contributed to this report.

The Walt Disney Company is the parent company of ESPN and this station. Story courtesy of ABC7.