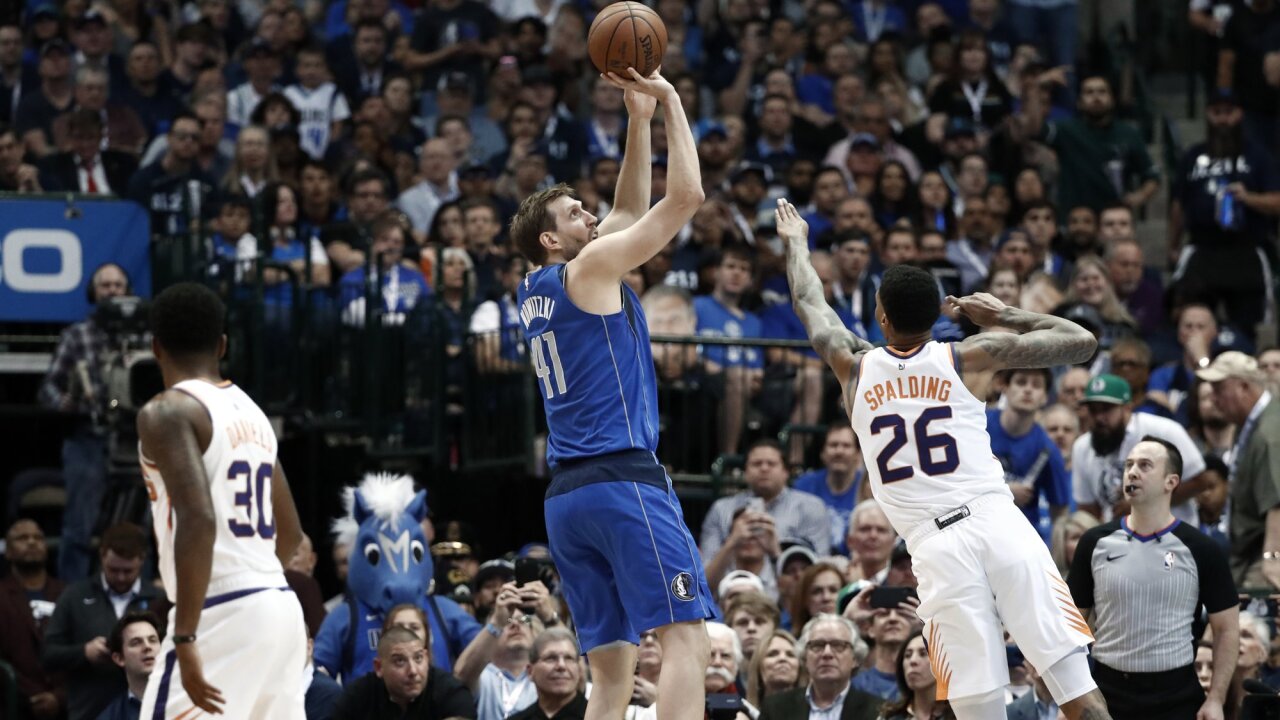 DALLAS, TX — Dirk Nowitzki announced his retirement after 21 seasons with the Dallas Mavericks at the conclusion of a game completely in his honor.

"But, as you guys might expect, this is my last home game," Nowitzki said in the post game ceremony.

Tuesday night, the Mavs hosted the Phoenix Suns on what the team declared Dirk Day.

The entire night was a tribute to the franchise changer, and at one point, Nowitzki was even moved to tears.

Nowitzki will play in his final game Wednesday night in San Antonio against the Spurs.