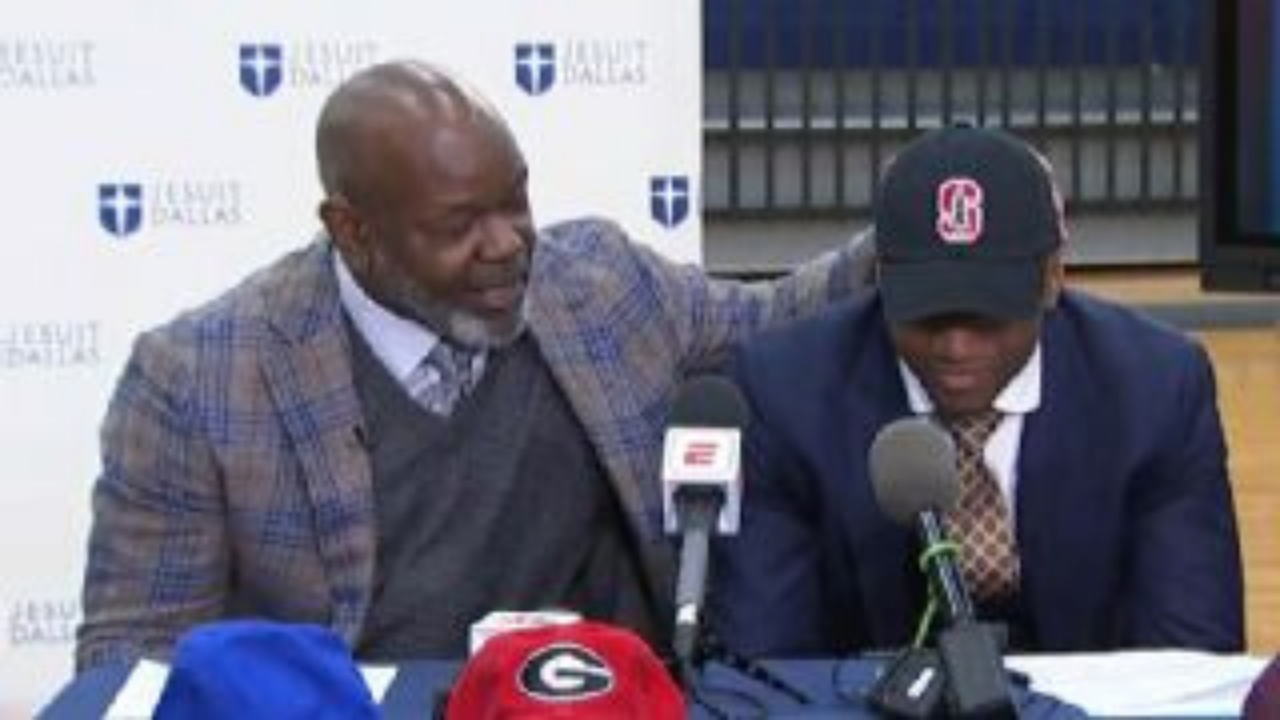 (CNN) — The University of Florida cap was in the center of five on the table, but when it was time to announce his college football decision, Emmitt Smith's son, E.J., told reporters Wednesday he is heading to Stanford.

In doing so, E.J. Smith, who grew up in Dallas where his father had a Hall of Fame NFL career with the Cowboys, turned down offers on his short list from Georgia, Ohio State, Texas A&M and Florida, Emmitt Smith's alma mater.

"At the end of the day, my son has his own journey and it is his journey, not my journey," Emmitt Smith said, according to ESPN. "And for him to do the things that are best for him is what we teach all of our children."

E.J. Smith is a wide receiver/running back rated among the top 15 as a receiver by ESPN. His signing came on the first day of the period when high school prospects can sign letters of intent and accept scholarship offers.

"They just love my versatility and the way they use their running backs is something I focused on, and also the education played a major part in it, too," Smith said, according to ESPN.

Like his dad, who was an All-American running back at Florida in the late 1980s, E.J. Smith likes to wear the No. 22.

He had more than 900 yards rushing and 22 touchdowns on the ground for Jesuit College Preparatory School of Dallas this season. As a receiver, he averaged more than 15 yards per catch and had seven scores.

His father rushed for more yards than anyone in NFL history, 18,355, and more touchdowns, 164, and he won three Super Bowls. He played his final two seasons in Arizona.

Emmitt Smith also won the third season of ABC's "Dancing with the Stars."