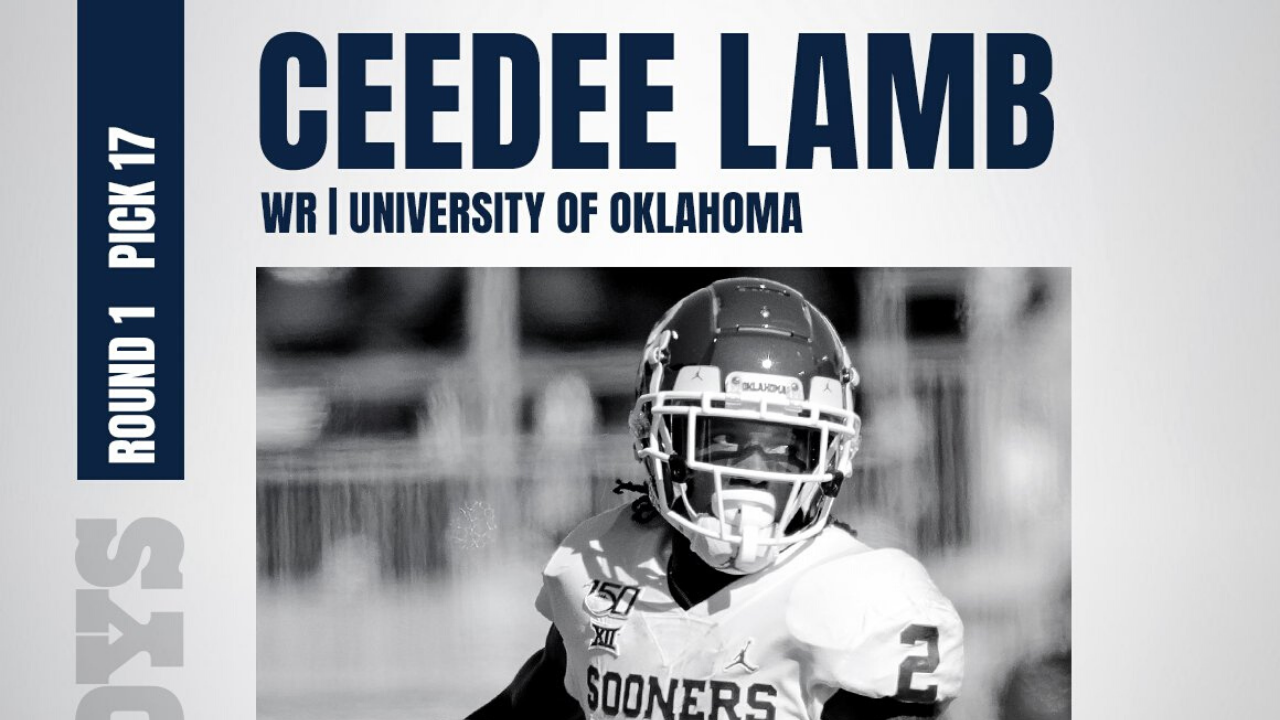 The Dallas Cowboys have added another receiver in the first round of the NFL draft. Dallas took former Oklahoma standout CeeDee Lamb 17th overall. The choice came not long after the Cowboys gave Amari Cooper a $100 million, five-year contract. Dallas passed on defensive needs, but Lamb was still there after being projected to go higher. Lamb's breakaway threat gives quarterback Dak Prescott another weapon as Dallas continues to work on a long-term contract for its star quarterback. The Cowboys have the 51st overall pick in the second round and the 82nd overall choice in the third round.