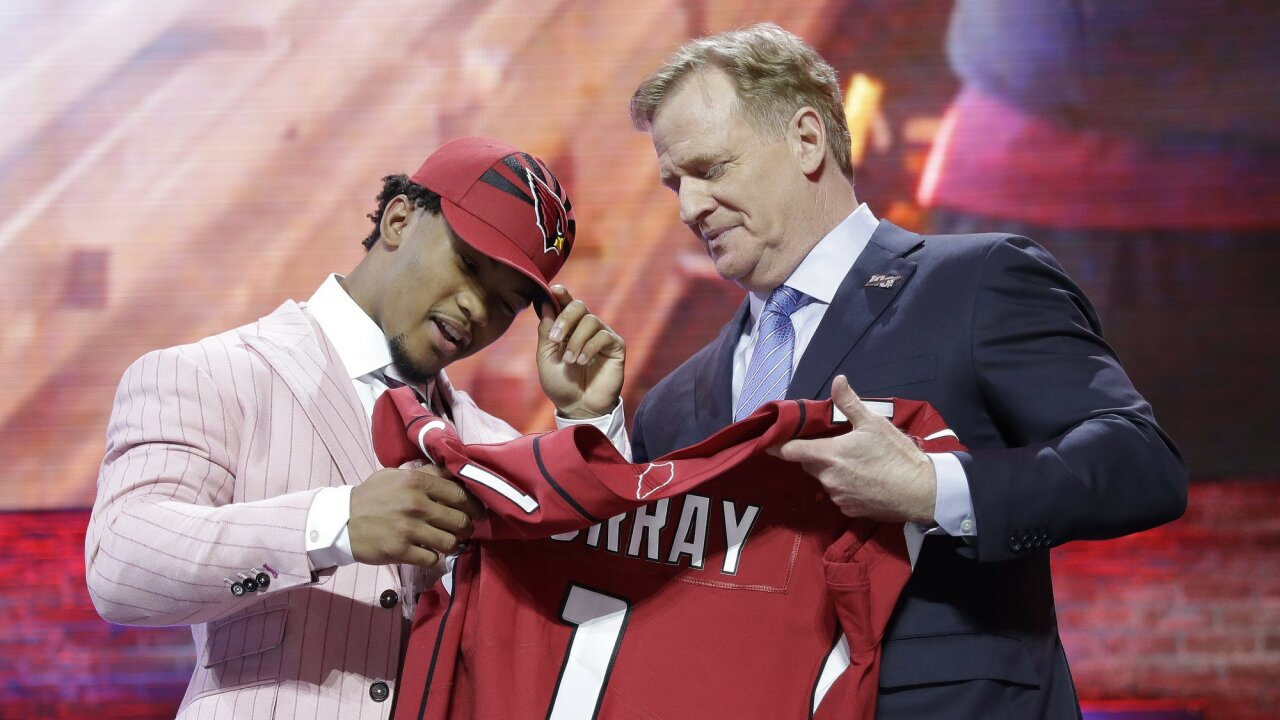 TEMPE, AZ (AP) — The Arizona Cardinals ended months of speculation by taking Heisman Trophy winner Kyler Murray with the No. 1 overall pick of the NFL draft.

Now they have to decide what to do with Josh Rosen.

The Cardinals moved up five spots to take Rosen with the 10th overall pick of the 2018 draft and made it two straight first-round quarterback picks with their selection of Murray on Thursday night.

“I’m blessed to be here,” Murray told the NFL Network in Nashville. “I’m ready to go. No matter what the situation is, I’m a winner. I’m ready to go.”

The hiring of former Texas Tech coach Kliff Kingsbury during the offseason changed the dynamic in Arizona.

The 39-year-old coach has brought his pass-first offense to the desert and Murray seems to be the perfect fit to run it. Kingsbury even recruited Murray to Texas A&M when he was the offensive coordinator there in 2012.

Though small for a quarterback at 5-foot-10, Murray is strong-armed and shifty. He threw for 4,361 yards and 42 touchdowns with 11 interceptions at Oklahoma last season, and added 1,001 yards and 12 more touchdowns on the ground.

A backup to Baker Mayfield in 2017, he followed in the footsteps of his former teammate by winning the Heisman Trophy and being taken with the No. 1 overall pick a year later. Mayfield, now with the Cleveland Browns, quickly congratulated his successor in Norman.

“I feel we can be very dangerous,” Murray said. “He’s one of the best in the world at calling plays. I can’t wait to get up there with him. It’s been a long time coming and I hope he feels the same.”

The Cardinals had been on the clock for three months, yet have seemed to have a hard time deciding what to do with the fourth No. 1 overall pick in franchise history.

81410:18 PM - Apr 25, 2019307 people are talking about thisTwitter Ads info and privacyMurray’s decision to play football instead of baseball added a layer of intrigue, even with Rosen on the roster.

Arizona’s brass said it was still undecided days before the draft, leaving fans and media wondering if they would take Murray, pick a defensive player or trade down and get more value.

It ended up being Murray, giving the Cardinals two top-10 quarterbacks — and some decisions to make.