Bart Starr, QB who led Packers to greatness, dies at 85 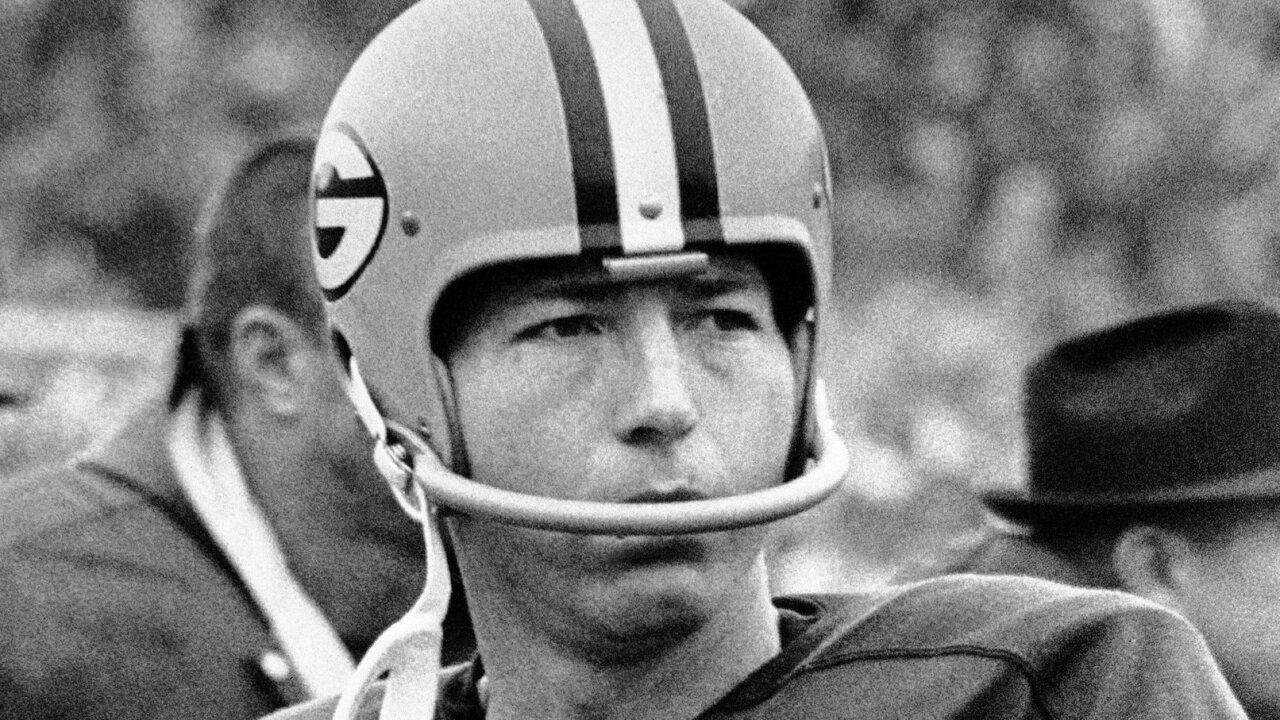 Bart Starr was an ordinary quarterback until teaming with Vince Lombardi and serving as the catalyst for the powerhouse Green Bay Packers teams that ruled the 1960s and ushered in the NFL as America’s most popular sport.

The quarterback’s graceful throws helped turn a run-heavy league into a passing spectacle, yet it’s a run for which he’s most famous: the sneak that won the famed “Ice Bowl” in 1967.

Starr died Sunday at age 85 in Birmingham, Alabama, the Packers said. He had been in failing health since suffering two strokes and a heart attack in 2014.

Starr is the third of Lombardi’s dozen Hall of Famers to die in the past eight months. Fullback Jim Taylor died in October and offensive tackle Forrest Gregg died last month.

“A champion on and off the field, Bart epitomized class and was beloved by generations of Packers fans,” Packers President Mark Murphy said in a statement. “A clutch player who led his team to five NFL titles, Bart could still fill Lambeau Field with electricity decades later during his many visits.”

The Packers selected Starr out of the University of Alabama with the 200th pick in the 1956 draft. He led Green Bay to six division titles, five NFL championships and wins in the first two Super Bowls.

Until Brett Favre came along, Starr was known as the best Packer ever. The team retired his No. 15 jersey in 1973, making him just the third player to receive that honor. Four years later, he was inducted into the Pro Football Hall of Fame in Canton, Ohio.

After losing the 1960 NFL title game in his first playoff appearance, the Packers never lost another playoff game under Starr, going 9-0, including wins over the Kansas City Chiefs and Oakland Raiders in the first two Super Bowls.

1,43411:45 AM - May 26, 2019364 people are talking about thisTwitter Ads info and privacyStarr’s college career wasn’t very noteworthy and it wasn’t until Lombardi’s arrival in Green Bay in 1959 that Starr, living by his motto “desire and dedication are everything,” began to blossom.

Lombardi liked Starr’s mechanics, his arm strength and especially his decision-making abilities. Under Lombardi’s nurturing, Starr became one of the league’s top quarterbacks.

“If you work harder than somebody else, chances are you’ll beat him though he has more talent than you,” Starr once said. He credited Lombardi for showing him “that by working hard and using my mind, I could overcome my weakness to the point where I could be one of the best.”

The gentlemanly quarterback’s status as a Packers icon was tested by his struggles as the team’s head coach. In nine seasons from 1975-83, he won just 41 percent of his games, going 53-77-3, including 1-1 in the playoffs, part of three decades of futility that followed the glory years.

After football, Starr, became a successful businessman in Birmingham, Alabama, not far from his hometown of Montgomery, where he was born on Jan. 9, 1934.

“Bart was a true gentleman, a great player and a great pioneer for the NFL,” fellow Hall of Famer John Elway tweeted. “He set a tremendous example for all QBs to emulate.”

When Starr retired following the 1971 season, his career completion rate of 57.4 percent was tops in the run-heavy NFL, and his passer rating of 80.5 was second-best ever, behind only Otto Graham.

But the play he was most famous for was a run.

In the NFL championship on Dec. 31, 1967, Starr knifed into the end zone behind guard Jerry Kramer and center Ken Bowman with 16 seconds left to lift the Packers over the Dallas Cowboys 21-17 in what became known as the “Ice Bowl.”

The Packers had spent $80,000 for a heating coil system that was to have kept the field soft and warm, and forecasters said not to worry because the approaching cold front wouldn’t arrive until after the game.

“It was 20 degrees the day before,” the late Tom Landry once recalled. “It was great. Vince and I were together that night and we talked about how good the conditions were and what a great game it would be.”

They were half-right. When the grounds crew rolled up the tarpaulin, a layer of condensation had formed underneath and, with 40 mph wind, the field promptly froze like an ice rink. Packers running back Chuck Mercein would later compare the ground to “jagged concrete.”

With a temperature of minus-14 and a wind chill of minus-49, it was the coldest NFL game ever recorded. The wind chill had dipped another 20 degrees by the time the Packers got the ball at their 32 trailing 17-14 with five minutes left.

With one last chance for an aging dynasty to win a fifth NFL title in seven seasons, Starr took the field as linebacker Ray Nitschke hollered, “Don’t let me down!”

Starr wouldn’t, completing all five of his passes and directing one of the most memorable drives in NFL history.

“We all have a capacity to focus and to concentrate to a unique degree when we’re called upon to do it,” Starr said on the 30th anniversary of that game. “That’s exactly what I did that day. And I think the same was true of the Cowboys. Let’s face it, they obviously were not accustomed to something like that and yet they were the team which had surged and come back in the second half and were in a position to win it.”

With 1:11 remaining, tackle Bob Skoronski opened a hole and Mercein charged through the middle for 8 yards to the Dallas 3.

Halfback Donny Anderson slipped twice on handoffs, so Starr called timeout, went to the sideline and suggested a sneak because of the poor traction.

“Then run it and let’s get the hell out of here,” Lombardi barked.

The play worked perfectly, a flawless finish to that coldest of games so frozen in time.

“I’ve never been in a huddle where there was greater composure and where there was a higher level of intensity and concentration,” Mercein once told The Associated Press.

Mercein is the one in the famous photograph of the play diving into the end zone behind Starr with his hands held high, as though he’s signaling “Touchdown!”

“But what I’m actually doing is I’m showing the officials that I’m not assisting or aiding Bart into the end zone,” Mercein said.

That would have been a penalty and it would have negated history’s most famous quarterback sneak.

Mercein and the rest of his teammates thought he was going to get the handoff on the play. Nobody knew but Starr and Lombardi that it was to be a quarterback sneak. So, Mercein dug in, thinking he was getting the ball, and he got a great takeoff on the frozen field.

“As a matter of fact too good because after a couple of steps I realized I wasn’t going to get the ball. But I couldn’t really pull up because it was so icy,” Mercein said. “So that’s why I dive over the play and I have my arms upraised, which appears to everyone in that famous picture that I’m signaling touchdown.”

Two weeks later in sunny Miami, the Packers defeated the AFL champion Raiders 33-14 in Lombardi’s final game as head coach of the Packers.

Starr replaced Dan Devine as Packers head coach in 1975 and would be replaced himself by former teammate Forrest Gregg in 1984 after failing to lead the franchise to the kind of success he did as a player.

In 1965, Starr and his wife, Cherry, helped co-found Rawhide Boys Ranch in New London, Wisconsin, a facility designed to help at-risk and troubled boys throughout the state.

The couple dealt with tragedy in 1988 when their son Brett died at 24 due to complications from cocaine addiction. They also had another son, Bart Jr.

“While he may always be best known for his success as the Packers quarterback for 16 years, his true legacy will always be the respectful manner in which he treated every person he met, his humble demeanor and his generous spirit,” Starr’s family said in a statement.

“His love for all of humanity is well known, and his affection toward the residents of Alabama and of Wisconsin filled him with gratitude. He had hoped to make one last trip to Green Bay to watch the Packers this fall, but he shall forever be there in spirit.”

Starr has an NFL award named after him, given annually to a player of outstanding character.